Nasielsk is a small town in east central Poland. Before Germany invaded in September 1939, an estimated 3,000 Jews lived there.

David Kurtz was born in Nasielsk and emigrated to the United States with his wife, Lena (Liza), in the 1890s. David founded the American Blouse Company in the 1920s, which was later renamed the David Kurtz Shirt Company. The couple had three children. 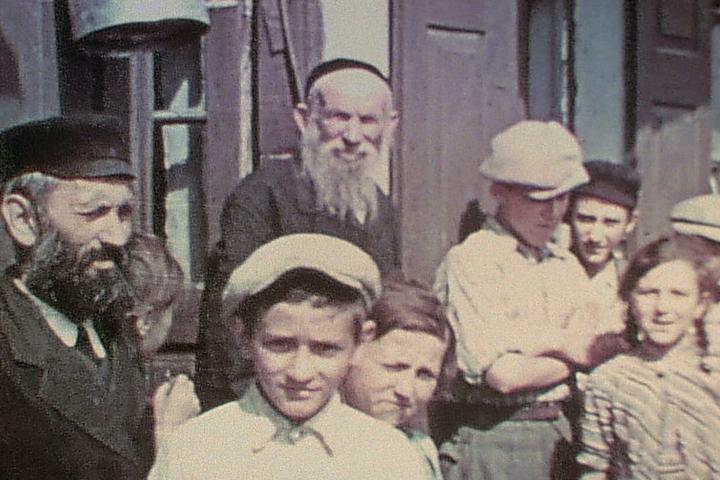 A film still from the footage David Kurtz shot in Nasielsk in 1938. —US Holocaust Memorial Museum

In 1938, David and Liza took a sightseeing trip to Europe, traveling with three friends, Louis and Lillian Malina and Louis’s sister, Essie Malina Diamond. Like David, Louis was also born in Nasielsk.

David documented the trip on 16mm film, capturing scenes throughout Europe—including three minutes of ordinary life in Nasielsk before it was changed utterly by the Holocaust.

In 2008, David and Liza’s grandson, Glenn Kurtz, discovered the footage in the closet of his parents’ home in Florida and set out on what became a four-year journey to identify the faces in the film. David’s journey eventually became the book, Three Minutes in Poland: Discovering a Lost World in a 1938 Family Film, which chronicles the rich and surprisingly intertwined stories of the people of Nasielsk.