International Decision Making in the Age of Genocide: Srebrenica 1993–1995 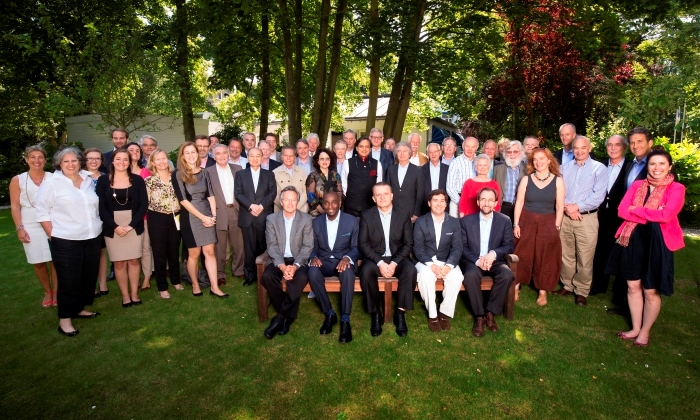 Participants from more than a dozen countries gathered in The Hague to examine the failure of the international community to prevent the fall of the United Nations “safe area” of Srebrenica in July 1995. —Harmen de Jong/The Hague Institute for Global Justice 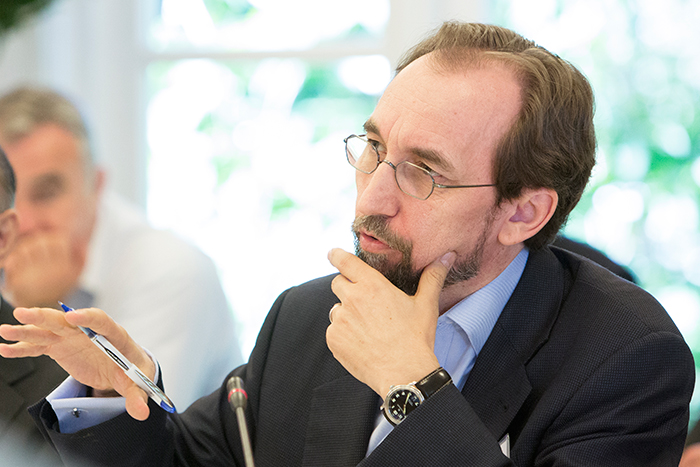 UN High Commissioner for Human Rights Zeid Ra’ad al Hussein shares the lessons he learned from the Srebrenica genocide and how they should be applied to incidences of mass atrocity and genocide today. —Harmen de Jong/The Hague Institute for Global Justice 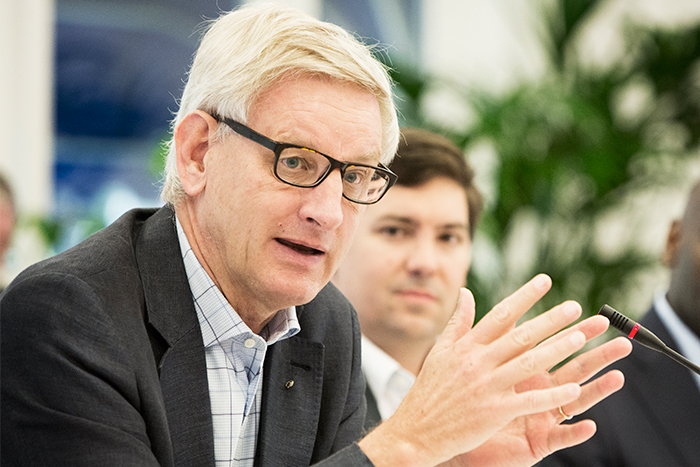 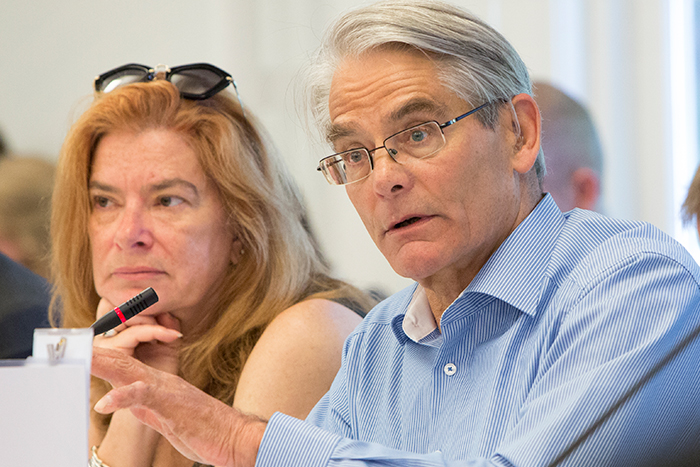 General Sir Rupert Smith, commander of UNPROFOR in 1995, discusses the use of air strikes and close air support during the war in the former Yugoslavia. —Harmen de Jong/The Hague Institute for Global Justice

While working for the policy and political unit at UN headquarters in Zagreb, Tone Bringa was among the first UN personnel to take survivor testimonies from men who had survived the Srebrenica genocide. —Harmen de Jong/The Hague Institute for Global Justice 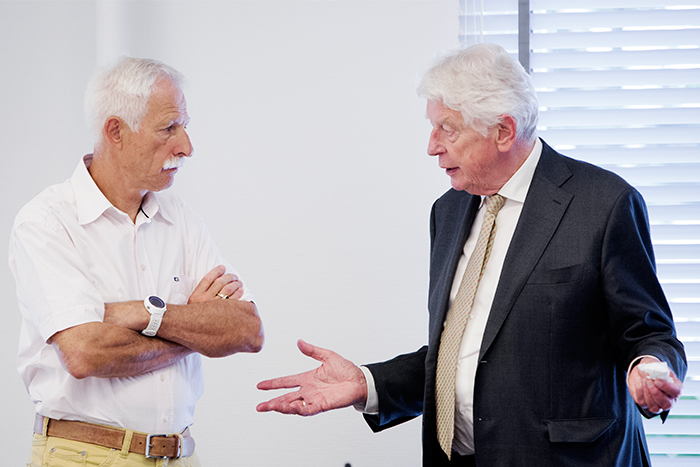 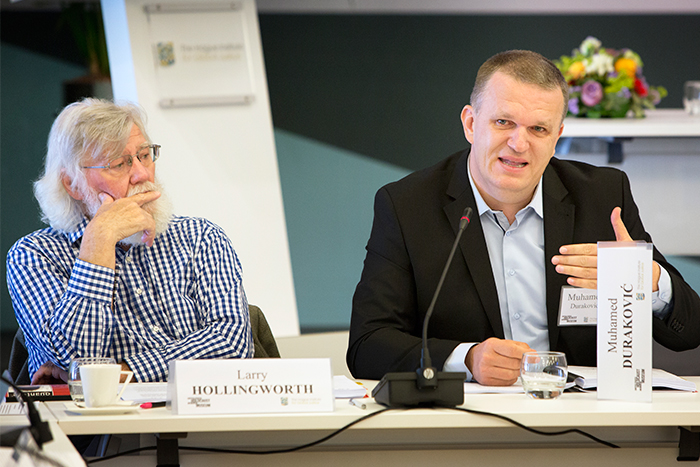 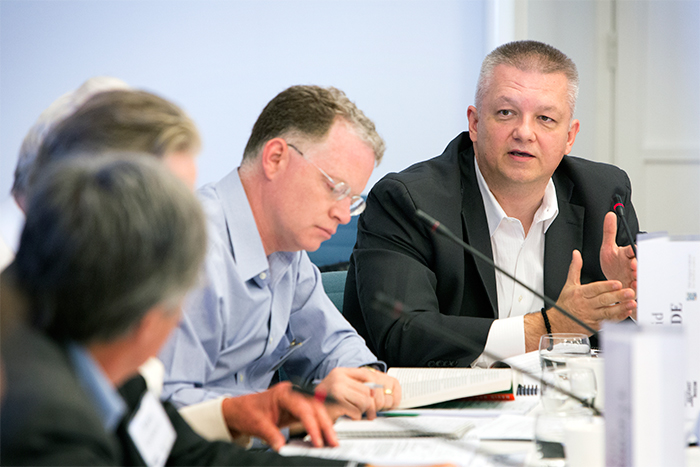 Obrad Kesic (far right), director of the Republika Srpska Office for Cooperation, Trade and Investment, speaks about the political and military divide in the summer of 1995 between the top leaders of the Bosnian Serb government. —Harmen de Jong/The Hague Institute for Global Justice 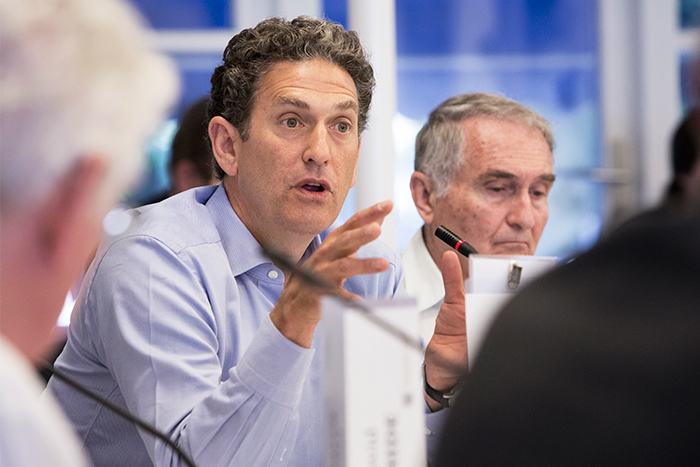 Jamie Rubin, senior advisor and spokesman for US Ambassador to the United Nations Madeleine Albright from 1993 to 1996, describes the view from inside the US government during the war in Bosnia. —Harmen de Jong/The Hague Institute for Global Justice 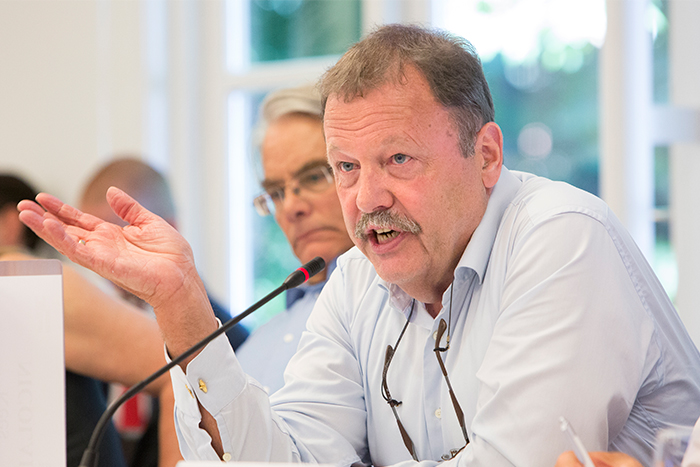 General Kees Nicolai, chief of staff of the UN command in Bosnia from March to September 1995, discusses when requests for close air support were made in July 1995. —Harmen de Jong/The Hague Institute for Global Justice 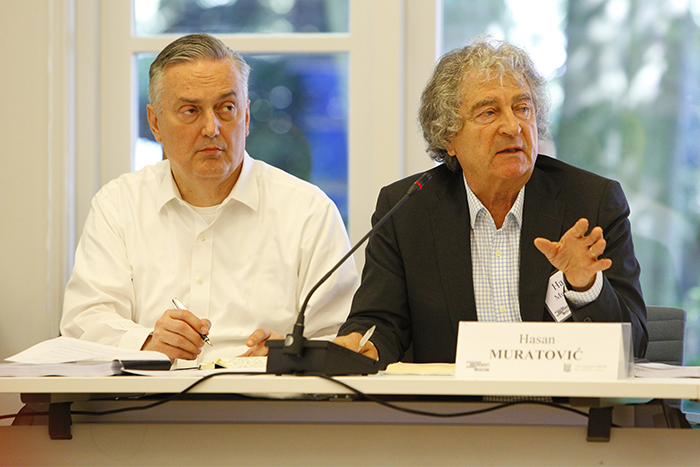 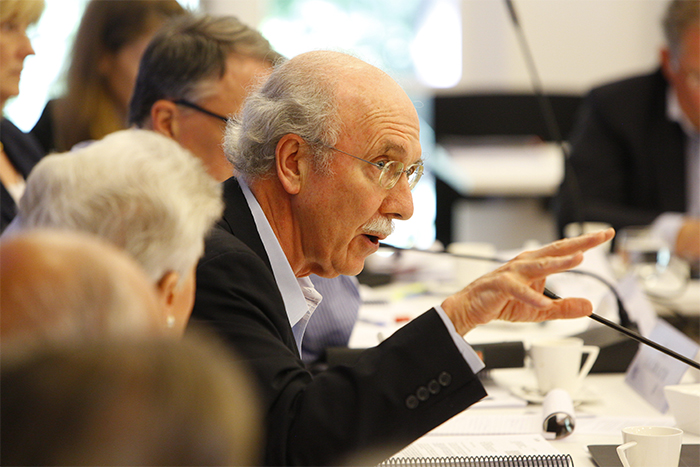 Ambassador John Shattuck served as US assistant secretary of state for democracy, human rights, and labor from 1993 to 1998. He was the first high-level US official to visit the survivors of the Srebrenica genocide and take testimony after the events of July 1995. —Harmen de Jong/The Hague Institute for Global Justice 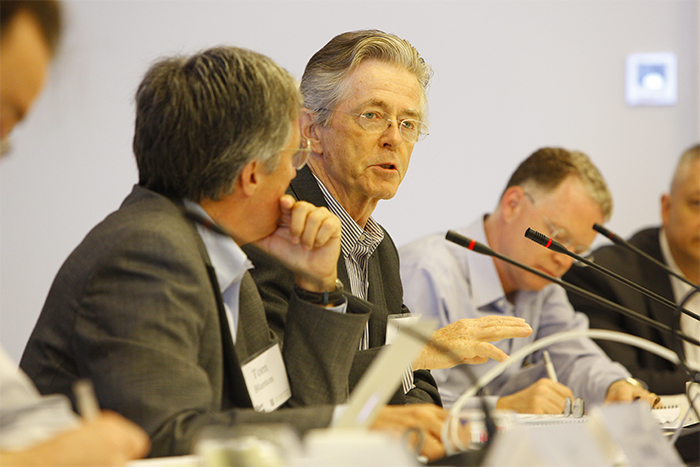 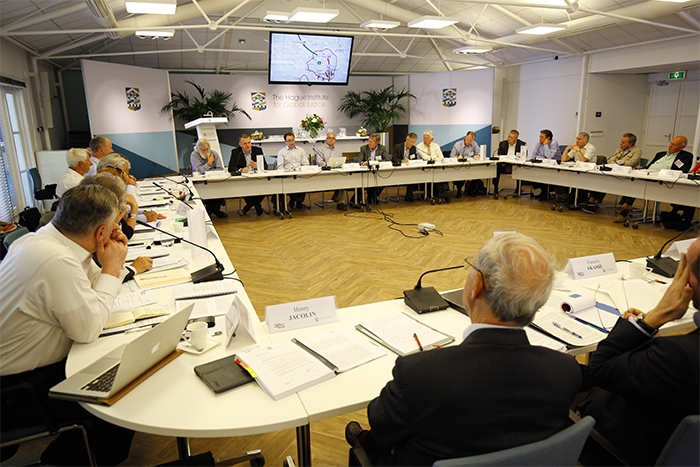 For two days, close to 30 key participants from around the world came together for the first multi-institutional examination of the international decision making processes surrounding the Srebrenica genocide. —Harmen de Jong/The Hague Institute for Global Justice

Leading decision makers from more than a dozen countries gathered in The Hague from June 29 to July 1, 2015, to examine the failure of the international community to prevent the fall of the United Nations “safe area” of Srebrenica in July 1995. This failure resulted in the largest massacre in Europe since World War II.

The convening of former officials and eyewitnesses from Europe, North America, Asia, and the United Nations coincided with the 20th anniversary of the executions of as many as 8,000 Muslim prisoners by the Bosnian Serb army following their capture of the Srebrenica enclave on July 11, 1995. The International Tribunal for the Former Yugoslavia has ruled that the killings and mass expulsion of Muslims from Serb-controlled territories in eastern Bosnia constituted a genocide under the definition of the 1948 Genocide Convention.

The conference was sponsored by the United States Holocaust Memorial Museum and The Hague Institute for Global Justice, in cooperation with the National Security Archive at George Washington University. It is part of a broader initiative, International Decision Making in the Age of Genocide, that began in 2014 with a conference on the Rwandan genocide and the declassification and public release of thousands of previously secret documents.

Watch video interviews with the participants.

“By assembling so many of the key people in the same room, we were able to take a fresh look at international decision making from a variety of different perspectives,” said Cameron Hudson, director of the Museum’s Simon-Skjodt Center for the Prevention of Genocide. “The goals was to identify moments when international action might have made a difference.”

The conference examined the period of March 1993 to July 1995, beginning with the UN Security Council’s establishment of the so-called Srebrenica safe area in an attempt to protect the beleaguered Muslim population of eastern Bosnia. Declassified documents have revealed sharp differences of opinion between the diplomats in New York and leaders of the United Nations Protection Force (UNPROFOR) on the feasibility of the safe area concept and the resources devoted to fulfilling the mission.

“While these events took place 20 years ago, they have a clear modern-day relevance,” said Abiodun Williams, president of The Hague Institute, which hosted the conference. “We are seeing the same debates about the viability of safe areas and the use of air power to protect displaced populations play out in places like Syria and Iraq.”

The working sessions of the conference on June 29 and June 30 were held behind closed doors with the goal of promoting candid conversation. Read the official conference transcripts.

The Srebrenica documentation initiative is led by the National Security Archive, a Washington-based nongovernmental organization that has pushed for the declassification of official documents on subjects ranging from the Cuban missile crisis to the Rwanda genocide. The Archive has published a series of briefing books (external site) that include materials used as the basis for the conference.

“The archival documents allow us to look over the shoulders of the people who struggled with life-and-death decisions during the run-up to Srebrenica,” said Tom Blanton, director of the National Security Archive. “We can get inside the private sessions of the UN Security Council and the heads of decision makers in The Hague, London, Washington, Zagreb, and Sarajevo in a way that was impossible just a few years ago.”

This conference was made possible in part by the generous support of the Sudikoff Family Foundation, which funds the Museum’s Sudikoff Annual Interdisciplinary Seminar on Genocide Prevention, and by the support of the John D. and Catherine T. MacArthur Foundation for the National Security Archive’s genocide documentation efforts.