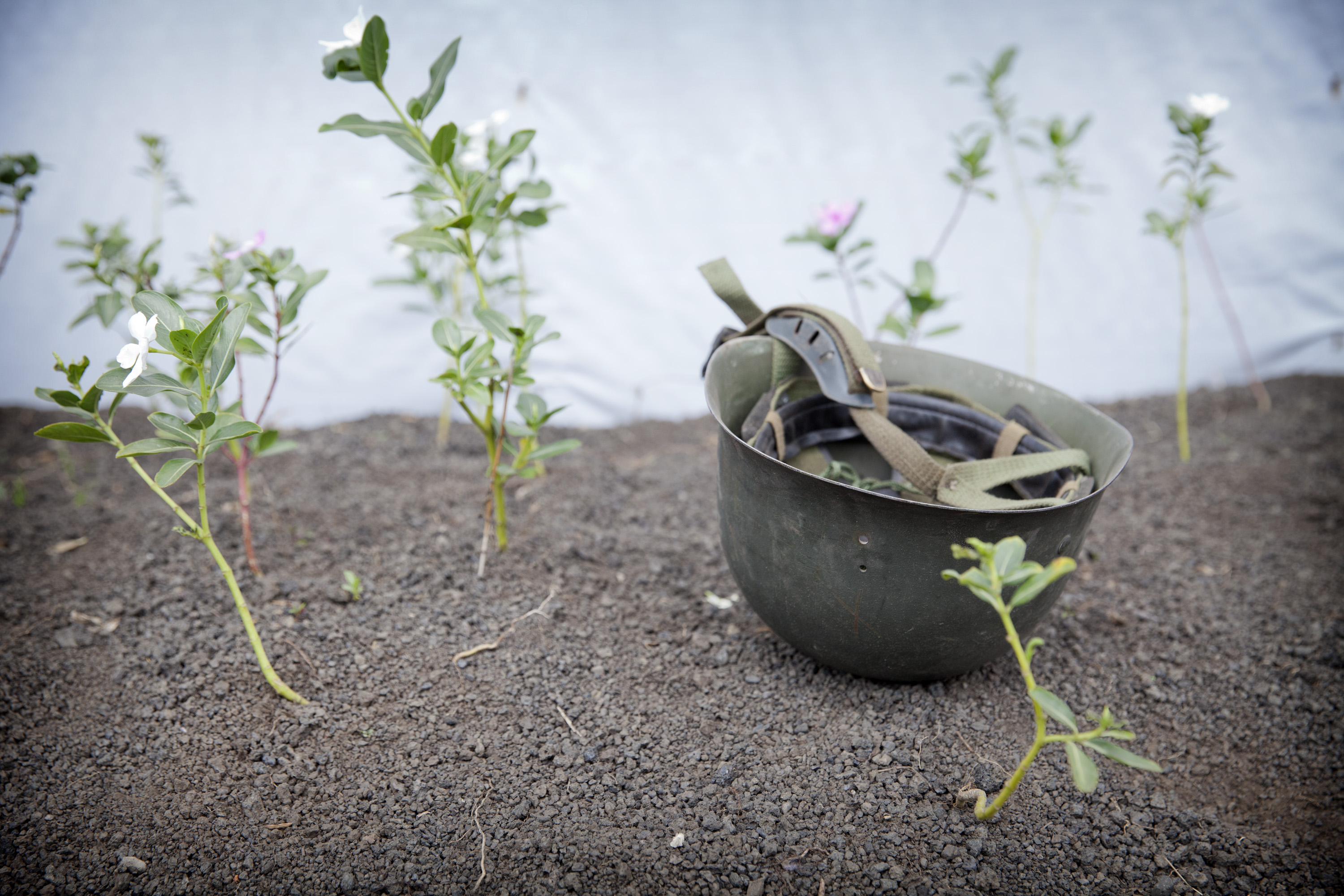 A helmet of the Armed Forces of the Democratic Republic of the Congo (FARDC) in a demobilization transit camp —UN Photo/Sylvain Liechti.

Transitional justice refers to a range of tools, mechanisms, and approaches that societies emerging from periods of widespread violence and conflict may adopt as they seek to confront, address, and heal from the past. These tools aim to help societies to address challenging questions that often arise in the aftermath of atrocities, including how to:

Transitional justice tools will take different forms in different contexts, but often involve seeking truth and accountability for past wrongs; giving victims a public voice and access to justice; providing a platform for victims, witnesses, and perpetrators to give a truthful account of what happened; promoting reconciliation and public discussion that include marginalized groups; and reforming government institutions. In order to be effective, transitional justice tools must be carefully attuned to and tailored for a country’s specific political, social, and legal context.

Truth seeking measures, such as truth commissions, museums, and memorials, aim to encourage a society to develop and agree upon a shared history or collective memory. They may also provide an opportunity for victims to tell their stories and for society to honor their memory. The US Holocaust Memorial Museum, for example, serves as a living memorial to the victims of the Holocaust.

Reparations aim to compensate individuals and communities who were harmed and can include financial payments, the provision of social services, and an official acknowledgement or apology. Not only can reparations help victims rebuild their lives, they may also have important symbolic value for victims and societies.

In the aftermath of atrocities, key government institutions may need to be reformed to prevent and deter future atrocities. Guarantees of non-recurrence may include lustration and vetting, disarmament, demobilizations, and reintegration processes, and institutional reform.