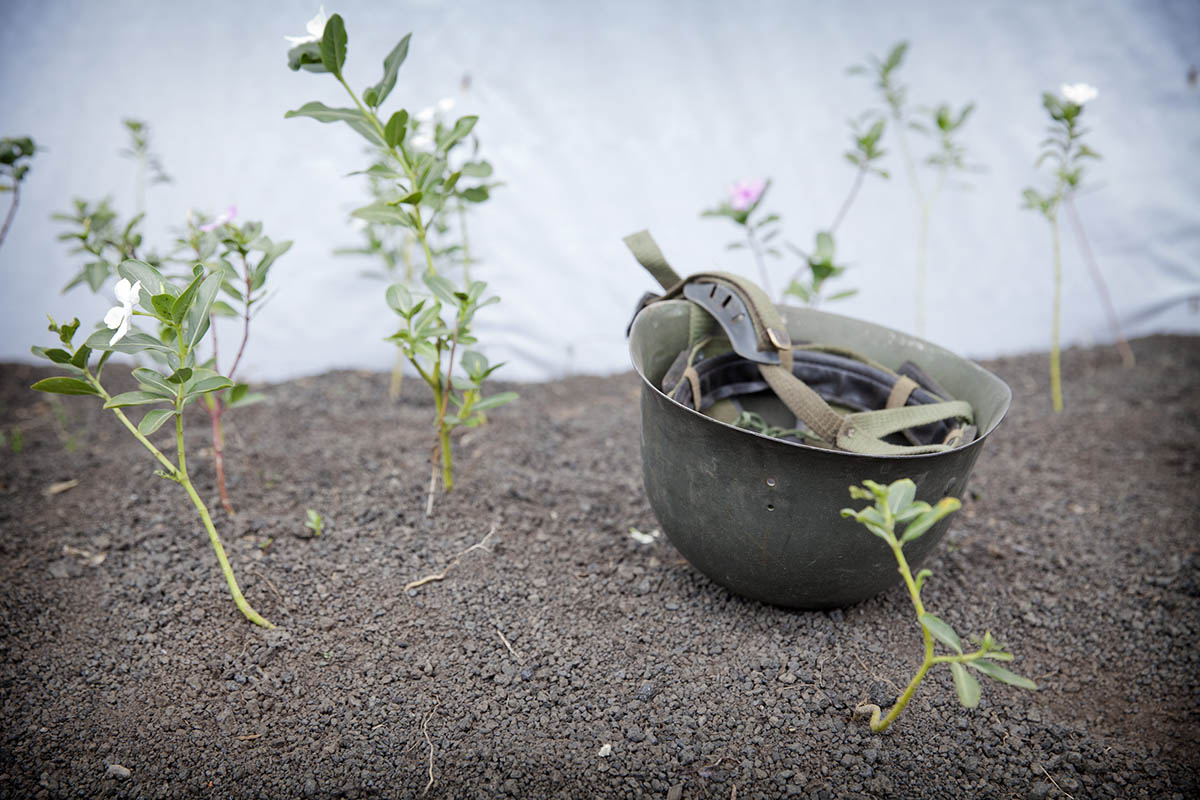 A helmet of the Armed Forces of the Democratic Republic of the Congo (FARDC) in a demobilization transit camp —UN Photo/Sylvain Liechti.

In general terms, reparations aim to ‘repair’ or restore a victim to the position that he or she would have been in if the violations had not occurred, although in practice reparations often fall far short of this aim. In the aftermath of widespread violence and conflict, reparations regimes may need to respond to harms suffered by large numbers of victims, their families, and even entire communities. In some cases, reparations may involve financial payments, the provision of social services, and an official acknowledgement or apology. In others, it may require rebuilding of schools and hospitals and sometimes broader institutional reform efforts. Not only do reparations aim to help victims to rebuild their lives, they may also hold important symbolic value for victims and societies.