The violent conflict in the DRC is deteriorating and will likely continue to worsen. The state of siege enforced on May 6, 2021, by President Tshisekedi to eradicate violence does not work at all. By the end of May, reports from UN’s experts and some NGOs (i.e., Kivu Security Tracker and the Beni civil society umbrella organization) showed the rate of killings of civilians by armed groups was multiplied by more than 10 in Ituri and has almost doubled in Beni (North Kivu). Armed groups are easily operating under the state of siege even though a slight lull is observed in South Kivu.

The bodies of Congolese women and girls are the battlefield for much of the violence, with perpetrators using rape as a weapon of war and tool of subjugation. Armed groups commit large-scale mass rapes, often as public events including other types of sexual torture. Women and children are especially at risk as violence continues.

There are two key misconceptions of the conflict. First, experts often mislabel the conflict as a civil war; however, it was not initiated within the country by internal actors, nor is it led by them. It is better understood as a proxy war; an international conflict between the DRC and its eastern neighbors fought within the DRC. Mislabeling the conflict as a proxy war means that foreign governments, and multinational corporations—who are critical contributors to the war—are not held accountable or called to the negotiating table.

Second, local and international experts tend to focus on natural resources as the primary driving force of the conflict, ignoring other important factors, which include ethno-nationalism and religion. Rwandan-born and Ugandan-born armed group leaders on the ground regularly espouse extremist claims to justify their role in the conflict and their targeting of civilians.

Contributing to the conflict are the Congolese state’s weakness, as well as a Banyarwanda ethnonationalist movement with the backing of Rwanda [Banyarwanda refers to a cultural-linguistic umbrella group describing people living mostly in Rwanda but also in the DRC and Uganda]. To these has been recently added the Islamic extremist elements of the Ugandan Allied Democratic Forces (ADF).

Due to its political and military weaknesses, the DRC government consistently yields to neighboring states’ interests. It allows Rwandan and Ugandan armed groups to operate in Eastern DRC, made a deal with Uganda to build roads in North Kivu, and repeatedly invited proxy militias to voluntarily demobilize instead of defeating them militarily. Unfortunately, this strategy was ineffective under Joseph Kabila and continues to be ineffective today: an average of 1,102 civilians have been killed each year since 2017, according to combined data reported by UN Experts, KST, the Beni SCFV, and Human Right Watch.

Combatants on the ground include the Congolese army, other national militaries, local militias, as well as Rwandan, Ugandan, and their Congolese affiliates’ armed groups. There are more than 120 militia created and/or sponsored by neighboring states in the DRC.

Ituri, North Kivu, and South Kivu remain the riskiest areas. The Katanga and Kinshasa regions are also to be watched over due to election-related contentions, especially newer political tensions between Kasaians and Katangans. 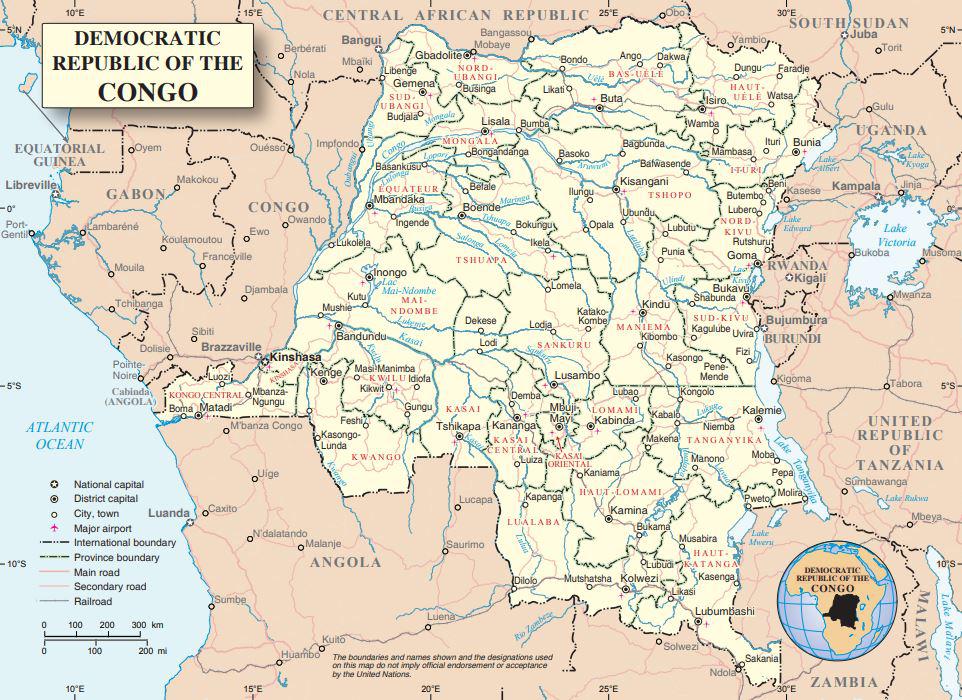 The whole DRC people’s suffering does not draw the world’s attention. Only some of the killings are sometimes reported in some international media. Congolese civilians feel abandoned by both the government and the UN peacekeeping forces. Also, the Mbororo (also known as Fulbé, Peuhl, Fula or Fulani) refugees’ crisis in Haut-Uele and Bas-Uele provinces remain underreported.

The DRC can catch fire any time following any political trigger. The following are paramount:

I urgently appeal to President Biden and Vice President Harris, whom I congratulate for their historic victory, to quickly intervene now before it is too late:

NEXT POST: Democratic Republic of Congo: Rising Concern about the Banyamulenge’s Situation