Democratic Republic of Congo: Rising Concern about the Banyamulenge’s Situation

Delphin Rukumbuzi Ntanyoma is a PhD candidate at the Erasmus University Rotterdam/Institute of Social Studies. He is an author of Behind the Scenes of ‘Banyamulenge Military’: Momentum, Myth, and Extinction and runs The Eastern Congo Tribune blog.

The Democratic Republic of the Congo (DRC) has been consistently ranked among the five highest-risk countries for mass atrocities, according to the Early Warning Project. This post is part of a series in which Congolese experts discuss the ongoing violence and risk of future mass atrocities. The assertions, opinions, and conclusions in this blog are those of the author. They do not necessarily reflect those of the United States Holocaust Memorial Museum.

Eastern DRC has had few periods of peace for decades. Violence today is concentrated in North Kivu, South Kivu, and Ituri. In South Kivu, violence against the Banyamulenge moved into a new phase in mid-2017, when economic warfare and siege have been added to the arsenal of what appears to be a long-term plan to wipe out Banyamulenge people from the DRC altogether.

Banyamulenge civilians have been victims of repeated attacks perpetrated by local and foreign armed militias, sometimes supported by the national army (FARDC). From 2017 to 2021, more than three hundred Banyamulenge villages were reduced to ashes, their inhabitants fleeing violence. Whilst land and cattle once ensured Banyamulenge a decent living, now both sources of income are decimated. Not even in Mikenke, where the community is supposedly under UN peacekeeper (MONUSCO) protection, are civilians safe from attacks, kidnappings, sexual violence, and killings.

What are the drivers of this conflict?

The violence does not have any single cause. Within the complex setting of the violent conflicts in Eastern DRC, targeted killings of Banyamulenge people rest on the claim they are “Rwandan invaders” who should be eliminated. As a minority group, Banyamulenge people were portrayed in Belgian colonial archives and post-independence political rhetoric as “newcomers” and “foreign immigrants," despite the fact that they had lived in what is now Eastern DRC for centuries. Banyamulenge people’s collective status as Congolese citizens is hotly contested by most other ethnic groups in South Kivu, who consider themselves “native” Congolese.

The Banyamulenge were attacked across DRC in 1996 and 1998, and massacred in a Burundian refugee camp in 2004. Such repeated cycles of violence are exacerbated by calls from political figures, military officers and militia groups to “wipe out” the Banyamulenge, Congolese Tutsi, and so-called “Rwandan descents” in general.

What is the Congolese government’s current strategy of dealing with the conflicts?

Currently, state-led efforts are underway to end warfare in both Ituri and North Kivu—where the government has declared a “state of emergency”—but not in South Kivu. The Congolese government has done nothing to prevent the escalation in violence that is defined by some authors as a slow genocide. In some cases the national army has acted as a bystander or even accomplice to the militia violence, destroying villages and looting cattle. Since FARDC is largely a dysfunctional army, it seems unable to prevent mass atrocities, and for political reasons uninterested in protecting civilians labeled as “foreigners.” A similar dynamic is playing out in the Ituri region, where the Hema community is being targeted.

Similar to the Rohingya in Myanmar, the state has either denied or destroyed evidence of centuries of Banyamulenge residence. The state has revoked Banyamulenge Congolese citizenship and often tolerates or even supports political elites who demand that Banyamulenge and other “Rwandophones” be sent back to their “home countries.” The “Banyamulenge question” is used for political mobilization and to get electoral support. Calling for their expulsion or even annihilation has become socially and politically rewarding, with different political figures resorting to hate speech.

The main perpetrators of targeted violence against Banyamulenge have been local MaiMai armed groups (known by leaders’ names: e.g., Yakutumba, Ebuila, Biloze Bishambuke). Additionally, complex cross-border dynamics reinforce these groups and insecurity in Eastern DRC. The MaiMai have military support from Burundian rebels—known as Red-Tabara, Forebu, and FNL. In addition, the Congolese national army has provided arms, ammunition, intelligence, and safe corridors for these groups attacking Banyamulenge citizens. The Rwanda Defense Force (RDF) has been supporting Burundian opposition armed groups as they fight alongside the MaiMai.

In North Kivu, a new element is that the Allied Democratic Force (ADF) seems to be building alliances with the Islamic State and may be motivated by religion to perpetrate mass atrocities. In Ituri, violence between Hema and Lendu requires more attention; the Hema community is often attacked for being considered non-native.

In South Kivu, targeted killings of Banyamulenge could soon easily tip into mass atrocities and urgent attention is needed. 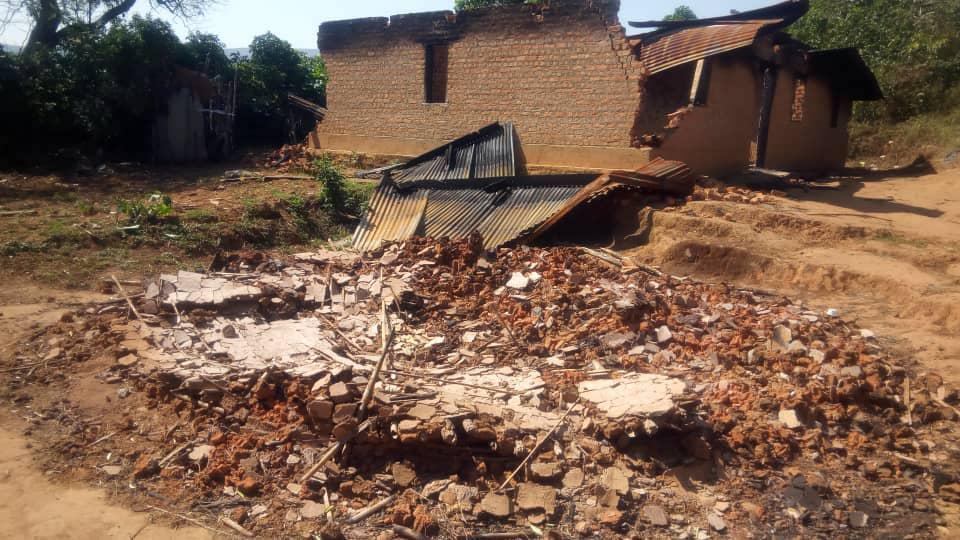 Hundreds of villages have been burned and destroyed in Minembwe territory in the highlands of South Kivu. —Delphin Rukumbuzi Ntanyoma

There are three factors that may increase risk:

PREVIOUS POST: Local Populations at Risk of Violence in the Democratic Republic of Congo

NEXT POST: Civilians at Imminent Risk of Mass Atrocities in Dara’a City, Syria