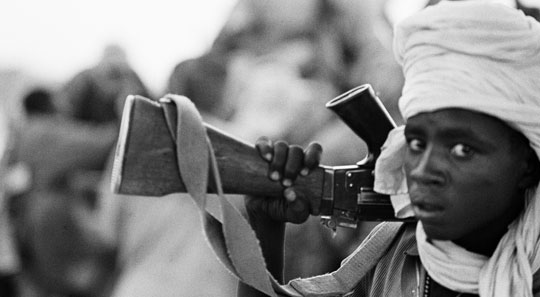 After spending more than 40 days in Darfur over the course of six months and engaging in over 2,700 consultations with people across Darfur, the African Union Panel on Darfur has delivered its final report. Chaired by former South African President Thabo Mbeki, the Panel described Darfur as a "Sudanese crisis" and stated:

It [the crisis in Darfur] results from a legacy of the unequal distribution of power and wealth in Sudan, whereby peripheral regions, including Darfur, have been historically neglected. The war in Darfur cannot be resolved outside the context of a response to the wider challenges facing Sudan as a nation, of democratic transformation, of creating a new and equitable political and developmental dispensation, and of giving the best chance for national unity.

The report offered recommendations on a range of critical issues, including: establishing a roadmap to end the violence; offering compensation for individual and communal losses; strengthening the UN force in Darfur; and mobilizing Sudan's neighbors to support the peace processes.

Addressing the difficult subject of justice and reconciliation, the Panel recommended forming a hybrid court with international and national judges and investigators. This recommendation was intended to respond to what it described as a polarized discussion of justice after the ICC arrest warrant for President Bashir. By including an international component, the Panel sought to alleviate concerns many Darfurians have about Sudan's justice system, while also acknowledging that the government of Sudan has not recognized the ICC's jurisdiction. Other mechanisms recommended include a truth, justice and reconciliation commission, reparations, and a plan for economic and social recovery.

Although the Panel sets a new standard for African leadership in resolving crises on the continent, the strength of this report will ultimately lie in its implementation. Meanwhile, signs of progress across the whole nation are being watched for carefully as Sudan begins a month-long voter registration drive in a key step towards the April 2010 presidential elections, the first democratic elections in 24 years.

The final report of the African Union Panel on Darfur is available here.