On November 20, 1945, the International Military Tribunal in Nuremberg, Germany, began a trial of major Nazi leaders on charges of crimes against peace, war crimes, crimes against humanity, and conspiracy to commit each of these crimes. It was the first time that an international tribunal was used to bring national leaders to justice. Soon thereafter, the International Military Tribunal for the Far East was set up to hold Japanese leaders accountable for their actions during World War II.

In September 1947, after the trial of the major war criminals at the International Military Tribunal, the United States held a series of other war crimes tribunals referred to as the Subsequent Nuremberg Proceedings. At these proceedings, Benjamin Ferencz successfully prosecuted twenty-two defendants in the Einsatzgruppen Case for crimes against humanity. Other allies brought similar proceedings in their own occupation zones. 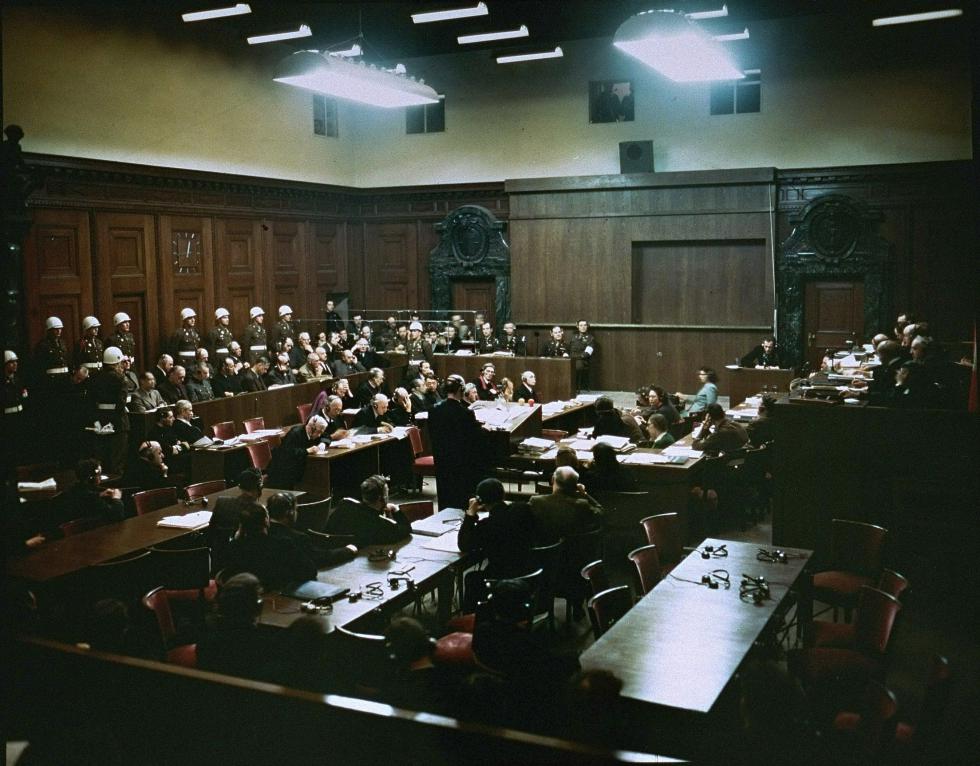 In response to atrocities committed in the early 1990s in the republics of the former Yugoslavia, the United Nations Security Council — looking back to the innovations of the Nuremberg Trials — established the International Criminal Tribunal for the Former Yugoslavia (ICTY) in 1993. It was the first international criminal tribunal since Nuremberg and the first ever mandated to prosecute the crime of genocide.

During its mandate from 1993 to 2017, the ICTY charged more than 160 individuals including heads of state, army chiefs-of-staff, cabinet ministers, and many other high-and mid-level political, military, and police officials from various parties to the conflict. Its indictments addressed crimes committed from 1991 to 2001 against members of various ethnic groups.

In 2001, the ICTY ruled that genocide had occurred in 1995 in Srebrenica, where Bosnian Serb forces has systematically executed as many as 8,000 Bosnian Muslim males in a UN-designated “safe area.” Judges have also ruled that rape was used by members of the Bosnian Serb armed forces as an instrument of terror. 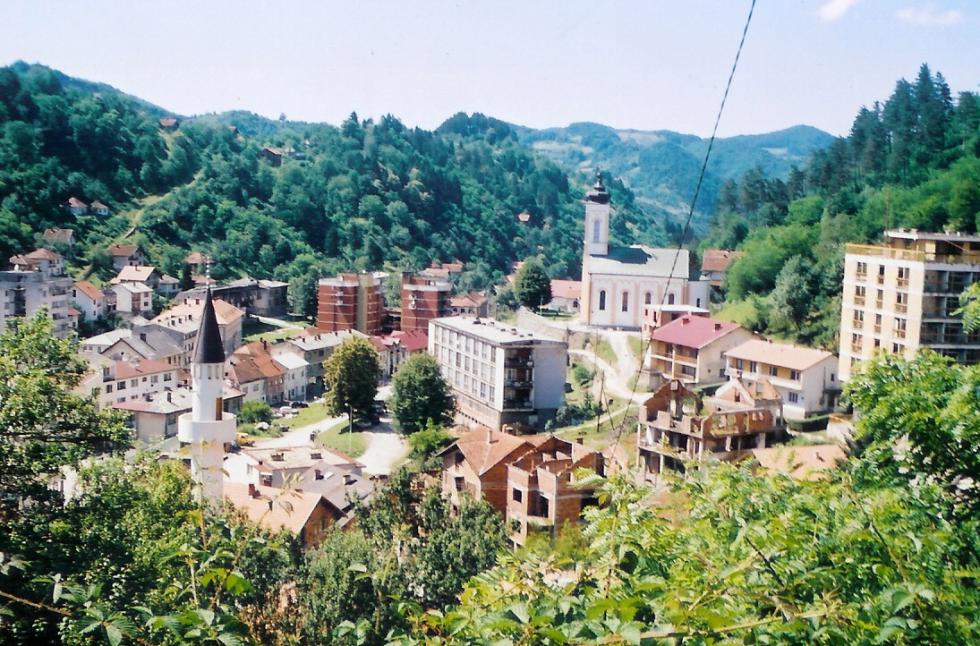 Despite its UN–designation as a “safe area,” Srebrenica was shelled by Bosnian Serb forces.

During its 24 years of operation, the ICTY heard from over 4,000 witnesses and delivered sentences against 90 perpetrators. Learn more about the Tribunal’s work.

The Rwandan Genocide began in April 1994, when an airplane was shot down while carrying Rwandan Presiden Juvenal Habyarimana, a Hutu, and Burundian President, Cyprien Ntaryamira. Following the incident, Hutu extremists distributed propaganda suggesting that all Tutsi civilians were a part of a military threat posed by the Rwandan Patriotic Front. Hutu extremists launched plans to destroy the entire Tutsi civilian population. They secretly drew up lists of Tutsi and moderate Hutu leaders to assassinate, they armed and trained youth militias, and they instigated massacres of civilians. An estimated 800,000 people, mostly Tutsis, were slaughtered in 100 days. As genocide continued in Rwanda, the United Nations cut the peacekeeping force to just 270 soldiers.

On November 8, 1994, the United Nations established the International Criminal Tribunal for Rwanda (ICTR) in the neighboring country of Tanzania. The ICTR operated alongside domestic courts, but its decisions had ultimate primacy over those of domestic courts. In October 1998, the ICTR delivered the first ever conviction for genocide against Jean-Paul Akayesu, finding that he had incited and led acts of violence against Tutsi civilians in the town where he served as mayor. This was also the first time that an international court had considered rape to be a component of the crime of genocide.

The ICTR adopted measures to prioritize the interests of victims of mass atrocity. In 1997, the Tribunal established a United for Gender Issues and Assistance to Victims of Genocide, and in 2000, it established the Support Prgoramme for Witnesses and Potential Witnesses. In addition to the formal ICTR proceedings in Arusha, the government of Rwanda instituted an innovative adaptation of local justice inspired by local justice traditions called gacaca (“grass courts”). The courts were set up to speed up the prosecutions of hundred of thousands of those suspected to have participated in the genocide.

Watch Ambassador Stephen Rapp, who was a prosecutor at the ICTR, discussing the importance of the Tribunal:

“Nuremberg was little more than a beginning. Its progress was paralyzed by cold-war antagonisms. Clear laws, courts and a system of effective enforcement are vital prerequisites for every orderly society. The matrix for a rational world system has countless parts that are gradually and painfully being pressed into place. The ICC is part of this evolutionary process. It is a new institution created to bring a greater sense of justice to innocent victims of massive crimes who seek to live in peace and human dignity. That’s what the ICC is all about.” —Benjamin B. Ferencz at the swearing-in ceremony in The Hague of Luis Moreno Ocampo as the first Chief Prosecutor of the new International Criminal Court, June 16, 2003.

Based in The Hague, the International Criminal Court (ICC) is the first permanent, international judicial body set up to try individuals for the crime of genocide, crimes against humanity, war crimes, and the crime of aggression. The Court was established by the Rome Statute of the International Criminal Court, which was adopted on July 17, 1998. It came into force on July 1, 2002. The ICC is not to be confused with the International Court of Justice (ICJ), which was established as the primary judicial body of the United Nations to settle legal disputes between states and to provide advisory opinions on legal questions. Unlike the ICJ, the ICC is independent from the United Nations.

Over 120 countries have passed legislation that recognizes the authority of the International Criminal Court. The ICC relies on these countries to enforce its arrest warrants because the Court does not have its own police force.

The ICC is a court of last resort, which means that it can only hear cases when national courts are unable or unwilling to do so. This is called the complementarity principle.

The Rome Statute allows victims of grave crimes to participate in ICC proceedings and to receive reparations. Victim participation can help the ICC arrive at the truth and can empower victims by making their voices heard. This is a strength of the Rome Statute, but more work needs to be done to fulfill the goal of bringing justice to victims.

Learn more about the Rome Statute (PDF), which established the International Criminal Court. 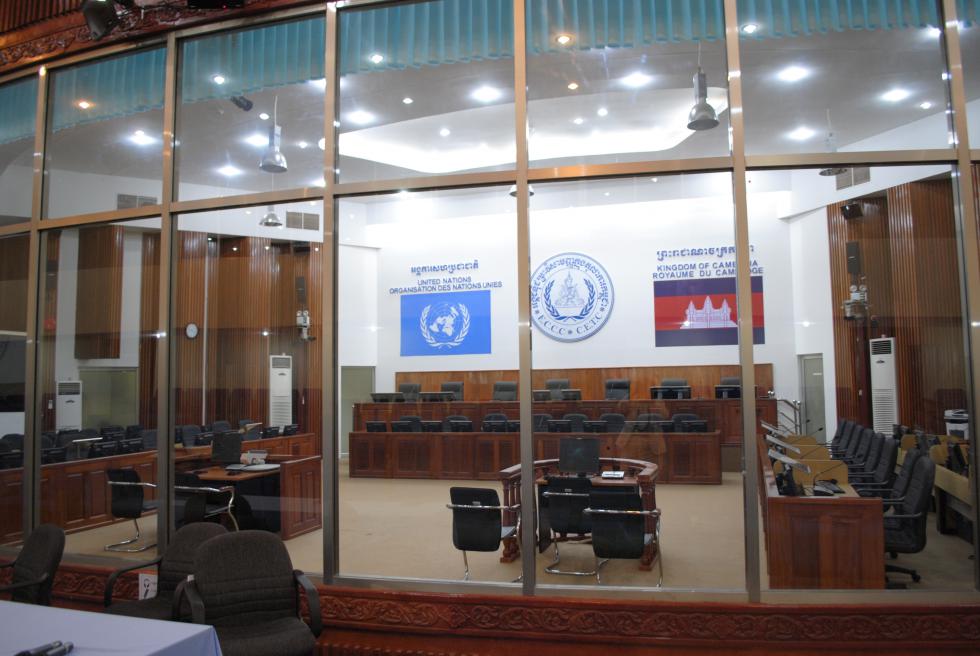 The Extraordinary Chambers in the Courts of Cambodia. —US Holocaust Memorial Museum

The international community is in various stages of establishing additional hybrid tribunals elsewhere.

Learn more about the role that victims have played in advancing justice in recent years.