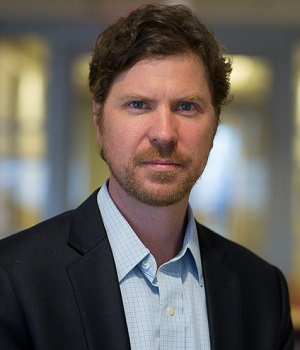 Colin Thomas-Jensen has more than 15 years experience influencing and shaping foreign policy through roles in the public and non-profit sectors. In addition to his fellowship with the Simon-Skjodt Center, Thomas-Jensen is a fellow in New America's International Security program where he does research on conflict prevention and resolution, human rights, security sector reform, and counterterrorism.

From 2013–2017, Thomas-Jensen served as senior policy advisor to US Ambassador to the United Nations Samantha Power, and as deputy director of the US Mission to the United Nations’ (USUN) Washington, DC office. In this role he led the Mission’s policy work on Africa, managed USUN’s Washington team, and regularly attended senior national security meetings to shape US policies on a range of global security, counterterrorism, humanitarian, and governance challenges. Previously Thomas-Jensen worked at the US Department of State as the special advisor to the US Special Envoy for Sudan and South Sudan.

Thomas-Jensen has held senior research and policy positions with the Center for American Progress, where he helped found The Enough Project, and at the International Crisis Group. He has authored numerous research papers, book chapters, essays, and commentaries on global affairs and is a Truman National Security Fellow. He has also held positions at USAID, including as a humanitarian responder during the genocide in Darfur, Sudan in 2004 and following the 2010 earthquake in Haiti.

Thomas-Jensen served as a Peace Corps volunteer in Ethiopia and Mozambique. He has an MA from the University of London's School for Oriental and African Studies, and a BA from Pomona College. He lives in Washington, DC, with his wife and two daughters.

Thomas-Jensen is conducting research into how to more effectively leverage the nexus between atrocity prevention and counterterrorism in developing strategies to combat non-state groups that commit mass atrocities and target other US interests.

Read his report, Fighting Fire with Fire: The Growing Nexus between Atrocity Prevention and Counterterrorism and Its Implications for the Use of Force to Protect Civilians (PDF).