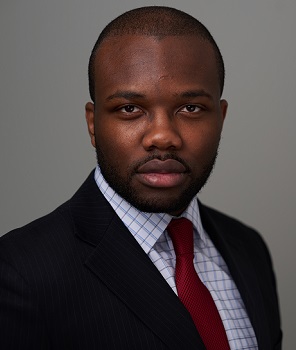 Chika is a member of the Yale Law School class of 2015 where he worked through the Lowenstein International Human Rights Clinic on a petition to the Inter-American Commission on Human Rights on behalf of victims of political violence, extrajudicial killings, arson, and miscarried legal proceedings. He also interned with the European Court of Human Rights as a Kirby Simon Human Rights Fellow and with the NAACP Legal Defense & Education Fund.

Chika earned a BA in economics with honors from Stanford University, where his honors thesis modeled discriminatory effects from group segregation and earned the Firestone Medal, the highest possible distinction. He was also chosen to speak at one of his Stanford graduation ceremonies. Later, Chika managed $2 million of the funding for “Culture of Calm,” an ambitious violence prevention effort in Chicago that was covered by the New York Times and TIME magazine. As an Education Pioneer, he led the development and served as primary author of the Chicago Public School’s College Persistence Toolkit, a first-of-its-kind document that was rolled out across the school district during the 2014-15 school year. Previous to his fellowship with the Simon-Skjodt Center for the Prevention of Genocide, Chika worked as a consultant with McKinsey & Company in Chicago and as an attorney in London.

Chika will be working on the Simon-Skjodt Center's early warning project and research initiative on non-state actors who perpetrate mass atrocities. He will also be supporting the Center's Blumenthal Fellow, Ambassador Stephen Rapp, with his project on strengthening international commissions of inquiry for atrocities.