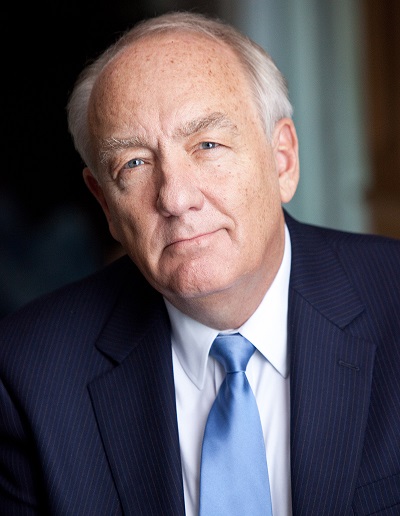 Stephen J. Rapp served as US ambassador-at-large for global criminal justice from 2009 to 2015. In that role he coordinated US government support to international criminal tribunals, including the International Criminal Court, as well as to hybrid and national courts responsible for prosecuting persons charged with genocide, war crimes, and crimes against humanity. He was credited with arranging for the United Nations Commission of Inquiry and other prosecutorial authorities to gain access to a cache of 55,000 photos documenting torture by the Assad regime.

From 2007 to 2009, Ambassador Rapp served as prosecutor of the Special Court for Sierra Leone, where he led the prosecution of former Liberian President Charles Taylor. His office achieved the first convictions in history on crimes against humanity charges for sexual slavery and forced marriage and for attacks on peacekeepers and recruitment and use of child soldiers as violations of international humanitarian law. From 2001 to 2007, he served as senior trial attorney and chief of prosecutions at the International Criminal Tribunal for Rwanda, where he led the trial team that achieved the first convictions in history against leaders of the mass media for the crime of direct and public incitement to commit genocide. He received a BA from Harvard College and a JD from Drake University Law School.

Ambassador Rapp is serving in an advisory capacity as a roving Ambassador for the Simon-Skjodt Center for the Prevention of Genocide pursuing justice and accountability on Syria. In this role he advises and liaises on behalf of the Center with governments, legal teams, victims groups, and key individuals to help advance the development of cases and the identification of jurisdictions where cases can be heard. In particular, he is currently working closely with the legal team in Spain that is bringing forth the first case against the Assad regime and working on potential cases related to the "Caesar file" in Germany. In addition to his work on Syria he is creating a comprehensive guide that establishes standards for documenting human rights violations to help ensure perpetrators can be brought to justice.