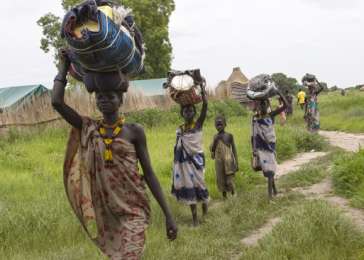 The Center for the Prevention of Genocide (CPG) of the US Holocaust Memorial Museum has been closely monitoring the violence along the border between Sudan and South Sudan since before separation in July 2011. It has warned repeatedly about the ongoing risks to civilians, particularly in the Nuba Mountains, in the absence of a long-term political settlement between the two countries and internally within Sudan itself. And now a new outbreak in violence in South Sudan’s Jonglei state appears also to be having a calamitous effect on innocent civilian populations.

Two new reports from Doctors Without Borders (external link) and Human Rights Watch (external link) begin to shed light on the gravity of the situation. According to these and a recent White House briefing that members of the CPG attended, violence between the Lou Nuer and Murle ethnic groups has spiked in recent weeks after fighting broke out in May this year.

While inter-communal and inter-ethnic violence has long plagued this area of South Sudan, there are now worrying signs that this violence has taken on a distinctly political edge. Of particular concern are allegations that leading South Sudanese political and military figures may be contributing to and exacerbating the violence by re-arming illegal Lou Nuer militia groups, and in some cases even directing their attacks against ethnic Murle minorities. Complicating the tribal violence are further allegations that the Government of Sudan may at the same time be militarily supporting Murle rebel leader David Yau Yau, as part its ongoing bid to destabilize South Sudan.

While much of the region remains cut off from outside monitoring and assistance, more than 100,000 Murle civilians, in dire need of emergency medical care and food assistance, have been displaced from their homes with their whereabouts currently unknown. UN and international aid groups operating in the area acknowledge that the emergency response is far from meeting the actual needs, because of existing Government of South Sudan restrictions on access to the affected areas, a lack of airlift capabilities, and an insufficient deployment of UN forces or equipment who are charged with protection of civilians in this area. In a briefing to the UN Security Council last month, the head of the UN mission in South Sudan (UNMISS), Hilde Johnson, urged the Council help fill critical gaps in the Mission’s aerial, riverine, and heavy equipment capabilities to help deter and prevent future violence.

In the midst of this violent outbreak, South Sudan is undergoing its most serious period of political instability since before independence. President Kiir late last month fired his cabinet and has ordered several of his former chief political aids detained on corruption charges. With the President’s political party, the Sudan People’s Liberation Movement, suffering its own convulsions it appears unlikely that the government can or will fulfill its primary obligation to protect its own citizens under Pillar 1 of the Responsibility to Protect doctrine.

In response to allegations of serious human rights abuses and group-targeted violence, South Sudan Permanent Representative to the UN, Francis Deng, acknowledged “a gap between our aspirations and our performance, largely due to a lack of capacity.” Remedying this lack of capacity is a long-term problem for both international and local authorities. However, in the near-term, considerably more must be done to increase humanitarian assistance and access to the region, augment the UN’s ability to carry out its protection mission, investigate current and ongoing abuses—including holding to account those members of South Sudan’s army (SPLA) who committed abuses—and engage at a political level to encourage a de-escalation and restraint on the part of Southern Sudanese forces.