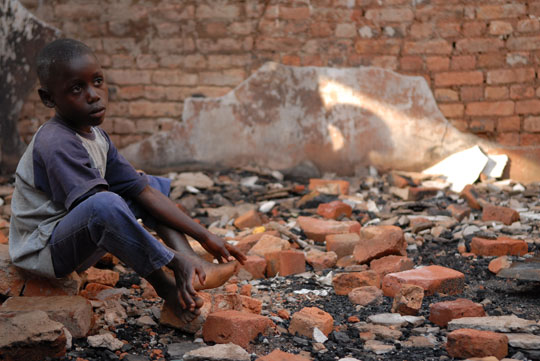 In an unprecedented visit by an American secretary of state, Hillary Clinton visited Goma in eastern Congo this week, in order to call attention to the region's ongoing conflict, which is marked by extreme brutality and widespread sexual violence. Secretary Clinton's visit comes admit increased concern for the region, as hope vanishes that the combined Rwandan-Congolese operation launched last January against rebel groups would finally bring an end to the violence.

Instead, the joint military operation provoked revenge attacks and drove more than 500,000 people from their homes. The number of internally displaced persons in the Congo now stands at two million (external link), according to the U.N. Office for the Coordination of Humanitarian Affairs (OCHA). A spike in rape cases since January is being blamed on the overstretched and unpaid Congolese army, with the number of rapes doubled or tripled (external link) in the areas government soldiers are deployed.

Just days before Secretary Clinton's arrival, Congo's President Joseph Kabila and Rwandan President Paul Kagame held a rare meeting on the border. Former rivals, the two leaders agreed to plan joint economic initiatives and to revive the Joint Permanent Commission for cooperation between the two countries that has not been in operation for 21 years.

Read in World is Witness about the young survivors of rebel attacks.