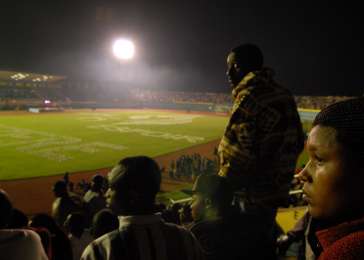 April 7, 2009 marked the 15th anniversary of the Rwandan genocide. Joined by an international audience, Rwandans across the country gathered to commemorate the deaths of between 500,000 and a million Rwandans, predominantly Tutsis, over 100 days in 1994. President Paul Kagame spoke about the need to remember, but also of the future he is trying to build for the country: “This is the constant underlying message: that while we must remember the past, history, events, and facts – we must also remember to shape our future.”

Rwanda’s progress over the last fifteen years has been marked by these two poles: the memory of unimaginable violence, and the imperative to focus on the future and on building a strong, self-sufficient country. The effort to recover from the genocide has included far-reaching justice reforms and innovative legal processes for cases related to the genocide. Resilient survivors have created networks across the country, and the government has focused on educational reform, strengthening the health system, and securing economic advances. These remarkable achievements have transformed the country.

To advance social and economic goals, the Rwandan government has opted to prioritize security and stability over freedom of expression and political organization. After the experience of the genocide, it is a bargain that the population seems ready to embrace for now. While reconciliation is difficult to measure, Rwandans are certainly providing a remarkable example of coexistence in the aftermath of genocide, as survivors, bystanders and perpetrators find ways to live together and move forward as a country.