Since May 28, we have been running a wiki survey asking “What are the best policy options for engaging with the government of Sudan to end or curtail its attacks on civilians across the country?” Recently overshadowed by the civil war in South Sudan, atrocities in Sudan have continued in regions such as Blue Nile, Kordofan and Nuba Mountains. We will leave the survey open for continued voting but here’s a summary of the results so far:

We have received over 500 votes so far and 11 ideas generated by users. We filtered three user-generated ideas that were not topical. A map of where votes came from is below, more information can be found under View Results on the survey page. 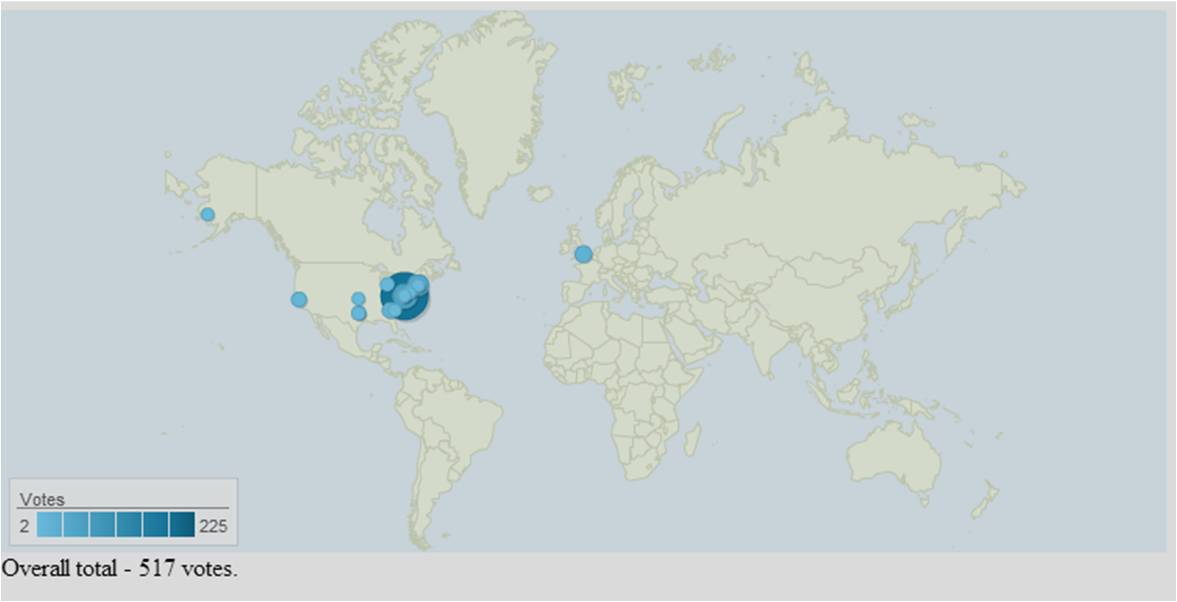 We used All Our Ideas to run this wiki survey. For more on the wiki survey method, see this paper by Matthew Salganik and Karen Levy. -AN

PREVIOUS POST: Another Take on the Risk of Mass Killing in Rwanda