On October 17, the Museum hosted a screening of the award-winning documentary, For Sama. Crafted from over 500 hours of footage captured by filmmaker and citizen journalist Waad al-Kateab, the film is a deeply personal insight into the experience of Syrians living under siege in the north-western city of Aleppo. Following the screening, Naomi Kikoler, Director of the Museum’s Simon-Skjodt Center for the Prevention of Genocide, was joined onstage by Waad, her husband Dr. Hamza al-Kateab—a doctor who ran the last remaining hospital in Aleppo—and Co-Filmmaker Edward Watts. The panel discussed the film’s message and the current situation in Syria, where at least 500,000 people have been killed since 2011, over 11 million have been displaced, and millions of civilians continue to face a high risk of torture, murder, detention and displacement in various parts of the country.

As the title suggests, Sama—the first daughter of Waad and Hamza—is at the heart of the film. Waad’s quiet narration is a love letter to her then one-year-old, both a symbol of hope and a terrible reminder of the innocent lives at risk. In one particularly affecting scene, Sama is half asleep, her doting mother behind the camera. When nearby airstrikes interrupt this intimate moment, the fear and tension is palpable, but Sama is completely undisturbed by the familiar sound, a fact that al-Kateab agonises over: “you never cry like a normal baby would” she says, “that’s what breaks my heart.”

The children of Aleppo feature heavily in For Sama, both as they are targeted by Syrian regime forces, and as they play in a bombed-out bus on the street. Speaking to this, Waad explained that although it was not planned that way, her experience of motherhood meant the stories of women and children were stuck in her mind. Since 2014, over 4,500 children have been killed inside Syria, at least 532 in 2019 alone.

These alarming statistics, along with the brave work of many citizen journalists like Waad, make the Syrain crisis the most well-documented commission of mass atrocities since the Holocaust. Despite full knowledge of these crimes, the international community has failed to protect civilians against the commission of such acts as a strategy of war. 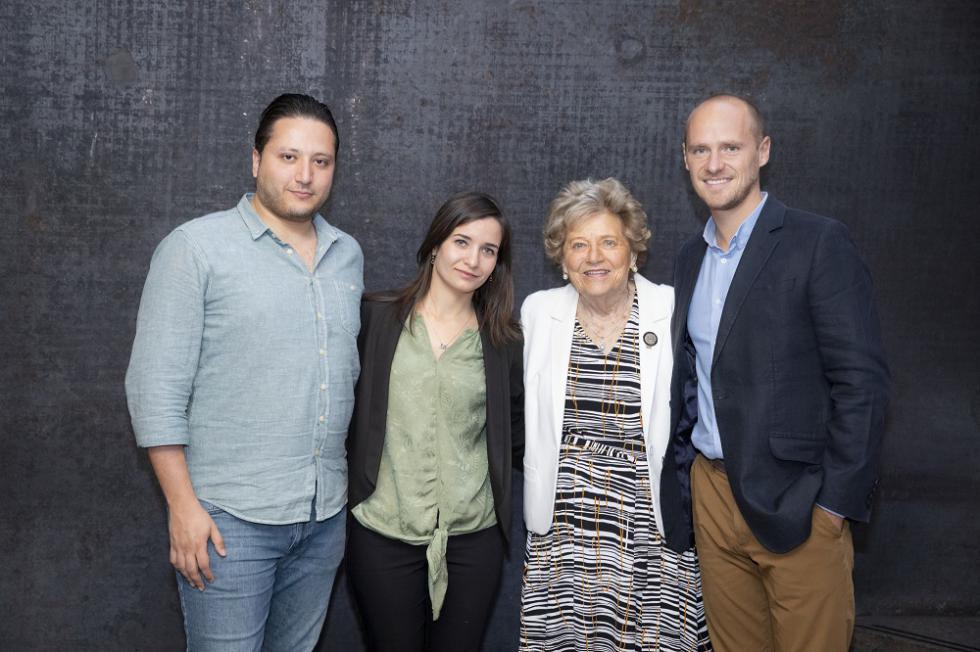 Edward reflected on his recent tour of the Museum’s exhibition Americans and the Holocaust, and the disturbing parallels regarding the failure of the international community to respond, both during the Holocaust and in Syria today. He hopes For Sama will connect viewers to the real lives of Syrian people, and that by putting names and faces to the growing statistics, these stories can cut through the politics to remind us that our priority should always be the protection of civilian lives.

The panel was asked by an audience member what could be done to help the people of Syria, and their message was simple: the crisis is not over, it is getting worse, particularly for those living in Idlib province where 3 million people are at risk of aerial bombardment, for those detained, and for the over 192,000 Kurds recently displaced along the Turkish border. For Sama’s courageous story-telling is a vital attempt to keep Syria in our consciousness beyond the erratic news cycle, and to take action before it is too late.

Read the Museum’s most recent statement on Syria.

For Sama is produced by Channel 4 News/ITN Productions for Channel 4 and Frontline PBS. Twitter: @forsamafilm

NEXT POST: Comparison Survey Launch: Which countries are most likely to experience new mass killing in 2020?