A Day for Women Everywhere 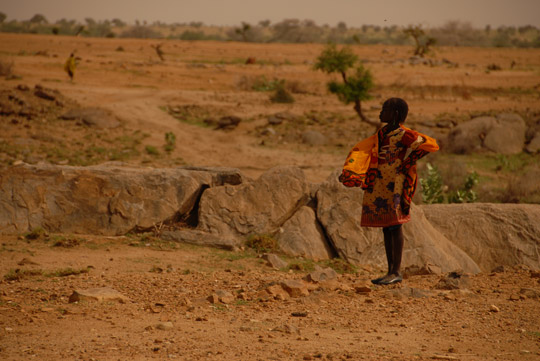 Today, March 8, is International Women's Day. This year marks the 100th anniversary of the day's commemoration. It is a time not only for celebration and appreciation, but also reflection of the risks and hardships women face still today.

Speaking out against rape as a weapon of genocide, Bridget Conley-Zilkic, the Director of Research and Projects for the Museum's Committee on Conscience, delivered a talk last month in New York on the long-lasting consequences of one particular risk all too common today: gender-based violence.

Conley-Zilkic spoke about the world's first conviction for genocide, which included rape as an act of genocide, in the trial of Jean-Paul Akayesu at the International Criminal Tribunal for Rwanda - and the critical difference women made during the proceedings:

Shockingly, given the bulk of evidence of sexual violence during the Rwandan genocide, rape was not in the initial indictment against Akayesu. Yet, when female eyewitnesses came to testify against him, time and again they gave evidence of sexual assault. This part of the history of the genocide might have been lost were it not for three factors: (1) an international coalition of 46 women’s rights groups who directly challenged the court with an Amicus Brief; (2) the presence of Judge Navi Pillay, a leading South African judge and now UN High Commissioner for Human Rights, who probed the testimony of sexual violence and ensured that the judgment made a strong statement on this matter (she even hired a gender expert to consult on the drafting of the final judgment); and (3) the courage of women to speak of their suffering with such painful honesty.

What does this tell us about the work to be done moving forward? First, it tells us that women must continue to push for inclusion of a gendered perspective into efforts to respond to conflict, particularly genocidal violence. Second, it tells us that the women’s organizations can and have affected the history of genocide, and we can bet that they will continue to do so. Third, it bears testimony to the continued need for women in leadership positions throughout international organizations. And finally, it offers a terrifying picture of the suffering women face in genocidal conflict. In Rwanda in 2004, I met one of the women who testified in the Akayesu case. Ten years later, she was still dying from the genocide—she had contracted HIV/AIDS as a result of the rapes. This woman could not escape from the impact of the assault she suffered. Like her, too many women survivors find their former relationships are destroyed. They face ostracism from spouses, family, and community; their long-term health suffers; they find their options so reduced that at times they must choose to remain with their assailant; and the burdens of their suffering are passed on to children.

This leads me to a final insight necessary to change the future for other women: The problem of sexual violence in genocidal conflicts cannot be relegated alone to humanitarian or legal responses—much as these are necessary—but needs to be understood within a political framework. Genocide is intentional. There is nothing natural about it. It is perpetrated because leaders decide to deploy such force.

Read the UN Secretary-General's message on this International Women's Day.

Access information and resources on gender equality and empowerment of women from the United Nations.