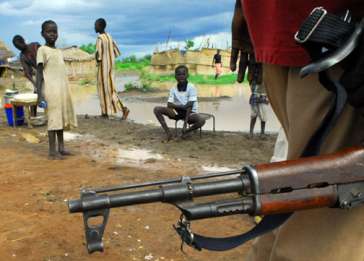 On July 22, 2009, the Permanent Court of Arbitration in The Hague delivered the final ruling on the boundary dispute over Abyei, an oil rich region claimed by both north and south Sudan. In May 2008, fighting in Abyei between the north and south resulted in the displacement of 50,000 people and destroyed the town. Today's ruling by the Court determined that several areas—including the Heglig oilfield—were not part of Abyei. Inhabitants of areas that are within the newly established borders have the right to vote on a referendum in 2011 on whether they want to be permanently a part of north or south Sudan. Both Sudanese parties have agreed to abide by the Court's decision.

Learn more about the history of Abyei and South Sudan.

Explore World is Witness and read about the 2008 attack on Abyei.