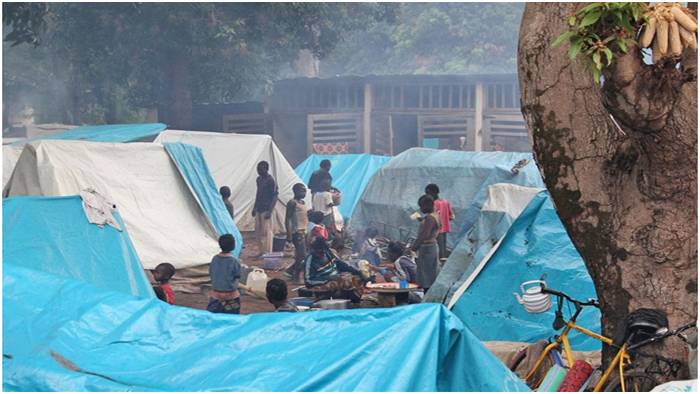 Over 36,000 displaced persons have taken refuge in the Catholic mission in Bossangoa. —IRIN/Hannah McNeish.

Despite being rich in mineral resources, the Central African Republic (CAR) has struggled to provide safety and security for its people since independence from France in 1960. Over the last five decades, the country’s political history has been punctuated by military rule and coups d’etat. Characterized by weak state authority, internal ethnic tensions and frequent armed insurgencies (including operations by the Lord’s Resistance Army in the country’s far eastern provinces), CAR has frequently failed to meet the security and development challenges it faces.

This review tracks the major events over the past ten years in the lead-up to the current crisis, and examines the response of the international community. 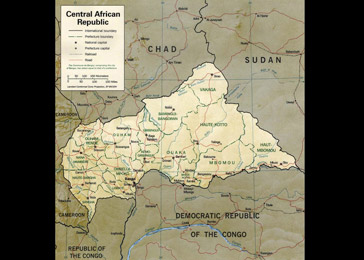 A Decade of Violence

In 2003, General Francois Bozize seized control of the government and ruled CAR as its president until 2013.  During Bozize’s ten years in power, security and standards of living improved little for civilians as his regime faced armed opposition from multiple factions with varying political and economic grievances, and was frequently accused by human rights groups of unlawful killing and torture.

The government signed successive peace agreements with the various opposition factions in 2007, 2008 and 2011. The terms of the agreements included granting amnesty to rebel fighters, transforming rebel militias into political parties, and integrating some militia members into the national army.

The tension between the government and rebels erupted into violence again with accusations that the Bozize regime failed to meet its promises under the peace agreements. In addition, rebels cited the failure to improve living conditions and Bozize’s victory in deeply flawed elections in 2011 as reasons for returning to war. The rebels benefited from the government’s limited control outside the capital, which allowed weapons and fighters to flow across CAR’s porous borders.

In December 2012, rebel groups based in the northeast of the country banded together in a loose coalition known as “Seleka” (which means coalition or alliance) with the objective of overthrowing the Bozize regime. Their advance toward the capital, Bangui, brought violence and instability to the countryside as rebels reportedly looted and committed various acts of violence against civilians, including the forced recruitment of child soldiers.  Government armed forces were unable to halt the rebels’ rapid progress. Only by calling on military support from Chad and diplomatic intervention from the regional organization—the Economic Community of Central African States (ECCAS)—was the Bozize regime able to negotiate a ceasefire with Seleka.

In January 2013, the Bozize government and Seleka rebels finalized a peace deal, known as the Libreville Agreement, laying out terms for a ceasefire, and a three-year power-sharing agreement for a government of national unity. The deal was negotiated under the auspices of the ECCAS with additional support from the African Union (AU) and United Nations. However, the deal collapsed due to a lack of progress toward the transitional agreement’s objectives, limited international monitoring of the agreement, and the determination of the Seleka rebels to capitalize on their battlefield advantages. 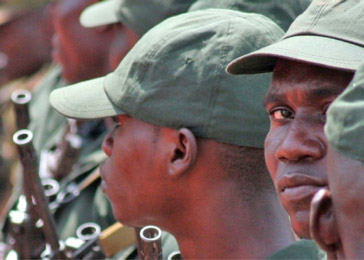 Seleka takes power in the capital

In March 2013, the Seleka coalition resumed hostilities, quickly capturing Bangui and deposing the regime. With the fall of the government and President Bozize’s flight from the country, the state’s already weak institutions, including the security forces, collapsed. Following the Seleka takeover, former rebel commander Michel Djotodia declared himself president and suspended the constitution and parliament, but he was unable to restore stability. Violence and widespread looting of public and private property continued in both the capital and the countryside. Under pressure from regional and international leaders, the new regime agreed to a new transitional governing body, and elections to be held in 2015.

Despite the blueprint for a transitional political system, insecurity remained prevalent throughout CAR. Reports of Seleka rebel factions burning and looting villages and committing acts of violence against civilians indicated a sustained risk of atrocities in many areas of the country.

In an attempt to stem the ongoing violence, interim President Djotodia formally disbanded Seleka in September 2013. By this time, however, the coalition’s ranks had swelled from an estimated 5,000 to as many as 20,000, including a significant number soldiers-for-hire from Chad and Sudan. In the absence of central authority with reach outside the capital, the violence continued to escalate, with the former Seleka forces reportedly torturing, sexually assaulting and killing civilians in addition to plundering and destroying their property.

In response to the former Seleka fighters’ attacks and the lack of protection by the state, local groups formed self-defense or “anti-balaka” forces. These militias have increased the level of violence as they not only battle ex-Seleka forces but also target civilians perceived to be Seleka supporters.

While CAR does not have a history of religious factionalism driving violence, the largely Muslim ex-Seleka and the predominantly Christian anti-balaka have introduced a new dynamic to this crisis. As noted by the UN Secretary-General, the longer the crisis drags on, the greater the danger that the violence could cause a rift between these communities, adding a sectarian character to the situation which previously did not exist. If these divisions metastasize and violence becomes increasingly group-based and organized, CAR runs the risk of moving from a mass atrocity crisis to genocide. 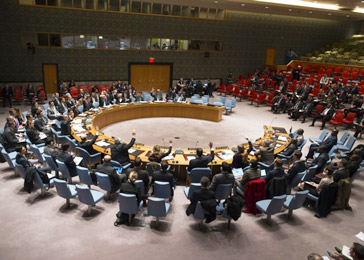 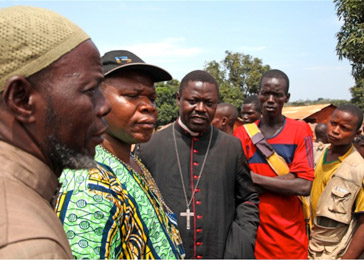 An African Union international stabilization force (MISCA) has been given a one-year, Chapter VII mandate by the UN Security Council that includes the protection of civilians and disarming of armed groups. This force draws on the ECCAS force (MICOPAX) of 2500 that was already in the capital and is being increased to 6,000. The French government has deployed an additional 1600 troops. Both MISCA and French forces have sustained casualties in enforcing their mandate.

The UN Secretary General has outlined plans for transforming MISCA into a UN peacekeeping operation of 9,000 personnel (military, police, and civilian) with a robust civilian protection mandate. However, the logistical challenges of deploying these personnel may require a longer timeframe than 12 months.  In the event of a rapid deterioration, the Secretary General has suggested that forces from UN peacekeeping operations in neighboring countries could be brought in to help stem violence.

The role of the United States has been to assist in the transport of AU forces to CAR from Burundi and provide MISCA troop contributors with equipment,  pre-deployment training, and planning and logistical support.

The International Criminal Court’s Chief Prosecutor called on all actors to “stop attacking civilians and committing crimes” or run the risk of prosecution by Court.

The UN Security Council has taken the following steps, in addition to authorizing MISCA and planning for a UNPKO, to respond to the atrocities being committed in CAR:

The US has attempted to mitigate Christian-Muslim violence by: