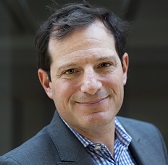 Scott Straus is associate professor of political science and international studies at the University of Wisconsin–Madison, where he also serves as the faculty director of the Human Rights Initiative. His primary research and teaching interests lie at the intersection of large-scale violence, human rights, and African politics.

He is the author of two books on the Rwandan genocide: The Order of Genocide: Race, Power, and War in Rwanda (Cornell University Press, 2006), which won several awards, including the 2006 Award for Excellence from the Association of American Publishers for the best book published in political science and government that year; and, with Robert Lyons, Intimate Enemy: Images and Voices of the Rwandan Genocide (MIT/Zone Books, 2006). He is also coauthor, with David Leonard, of Africa’s Stalled Development: International Causes and Cures (Lynne Rienner, 2003) and translator of Jean-Pierre Chrétien’s The Great Lakes of Africa: Two Thousand Years of History (MIT/Zone, 2003). He has published articles on violence and genocide in World Politics, Politics & Society, Foreign Affairs, Genocide Studies and Prevention, the Journal of Genocide Research, Patterns of Prejudice, and the Wisconsin International Law Journal. Prior to academia, he was a freelance journalist based in Nairobi, Kenya.

Dr. Straus developed a conceptual framework for defining and identifying genocide (PDF) and related mass violence against civilians. Today his research informs the genocide prevention training the Museum is developing for US government officials.