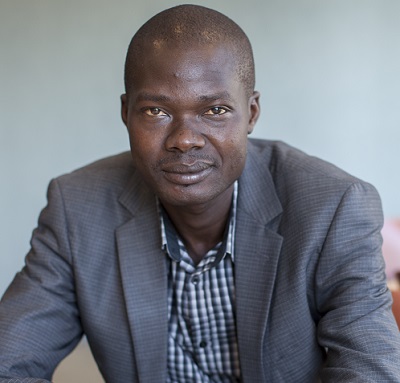 A South Sudan national, Nixon Andu Amos worked with Justice Africa Sudan during the Comprehensive Peace Agreement negotiations, organizing consultations with civil society representatives throughout the region to discuss the provisions of the agreement. Following that, he trained numerous referendum-monitoring teams and other delegations from the European Union on cultural, political, and military issues in South Sudan prior to their deployment.

Mr. Andu consulted widely with US government officials about the ongoing crisis in South Sudan, took part in the Museum’s programs for the military, and examined instructional methods for relating Holocaust content to audiences in South Sudan. Since returning to his homeland, he has served as an instructor at Juba University, teaching about genocide prevention and developing training for security-sector reform programs.