Warnings of Catastrophe: Part I

In commemoration of the 20th anniversary of the Rwandan genocide, the Museum’s Simon-Skjodt Center for the Prevention of Genocide and the National Security Archive launched the first phase of a multiyear initiative titled Failure to Prevent: International Decision Making in the Age of Genocide. The first phase includes a series of “electronic briefing books” that provide in-depth background to pivotal events before and during the Rwandan genocide when international action could have made a difference. This is the second briefing book in the series.

Concerned about the possibility of “a new bloodbath” in Rwanda, the Belgian foreign ministry issued a dramatic diplomatic demarche on February 25, 1994, calling for a strengthening of the UN peacekeeping mission in the Central African country. According to Belgian government dispatches, the initiative failed because of opposition by the United States and the United Kingdom and resistance from the UN Secretariat.

Featured here are new English translations of the diplomatic traffic between Brussels and New York on the eve of the Rwandan genocide, along with a series of earlier warnings about the potential for mass violence in Rwanda from US, French, and UN sources dating back to late 1990. 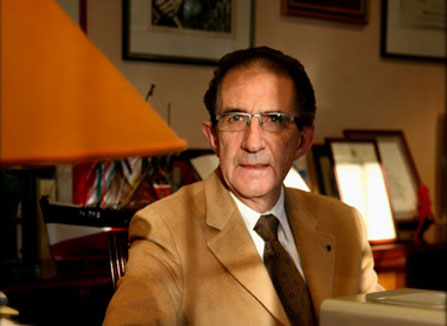 These postings form part of a detailed documentation of the international response to the genocide that killed between 500,000 and one million Rwandans, predominantly Tutsis, from April to July 1994.

Originally published in French and Flemish as part of a Belgian Senate investigation into the Rwandan tragedy in December 1997, the Belgian diplomatic cable of February 25 describes a “significant deterioration” in the security situation that “could well lead to a new bloodbath.” It also expresses concern about the possibility that Belgian paratroopers, known as the “Blue Berets,” might become “passive witnesses to genocide in Rwanda.”

Addressed to the Belgian ambassador to the United Nations, Paul Noterdaeme, the February 25 cable reflects the growing concern among senior Belgian officials over the breakdown in the Arusha peace process. It followed a sudden spate of political assassinations (external link), coinciding with Belgian Foreign Minister Willy Claes’s visit to Kigali, that threatened to torpedo attempts to install a new, national unity government.

In his formal reply to Brussels three days later, Ambassador Noterdaeme reported that the United States and the United Kingdom were opposed to strengthening the United Nations Assistance Mission for Rwanda (UNAMIR) mandate and were even considering withdrawing the peacekeepers “in case of difficulties.” He added that UN Secretary-General Boutros Boutros-Ghali was opposed to any adjustment in the rules of engagement for UNAMIR, for both political and military reasons.

As we approach the 20th anniversary of the Rwandan genocide, the documents published here provide further reminders of the passivity of an international community scarred by the murders of UN peacekeepers in Somalia in October 1993. Repeated warnings of catastrophe by diplomats and intelligence analysts were either missed or ignored by senior policy makers in Washington, New York, Paris, and elsewhere.

Next: Documents 1–5: Summaries and Links