In commemoration of the 20th anniversary of the Rwandan genocide, the Museum’s Simon-Skjodt Center for the Prevention of Genocide and the National Security Archive launched the first phase of a multiyear initiative titled Failure to Prevent: International Decision Making in the Age of Genocide. The first phase includes a series of “electronic briefing books” that provide in-depth background to pivotal events before and during the Rwandan genocide when international action could have made a difference. This is the first briefing book in the series.

On January 11, 1994, the commander of the UN peacekeeping forces in Rwanda (the United Nations Assistance Mission for Rwanda, or UNAMIR) wrote a “most immediate” cable to his superiors in New York that has come to be known as the “genocide fax.” Citing inside information from “a top level trainer” for a pro-regime militia group known as the Interahamwe, General Roméo Dallaire warned of an “anti-Tutsi extermination” plot.

Three months after this warning, Interahamwe members took the lead in the 100-day genocide that resulted in the deaths of between 500,000 and one million Rwandans, predominantly Tutsis. The massacres took place against the backdrop of a war that pitted the Hutu-dominated regime against Tutsi-led insurgents who had invaded the country from neighboring Uganda.

Over time, the “genocide fax” became a symbol of the failure of the international community to prevent mass killing in Rwanda. Dallaire’s warning turned out to be accurate. In reply to the fax, however, UN officials rejected his request for authority to raid suspected arms caches and instructed him instead to consult with government leaders tied to the Interahamwe. It was one of several turning points when the UN, backed by the United States and other powers, failed to take action that might have prevented the genocide.

Thanks to new documents, including evidence submitted to the International Criminal Tribunal for Rwanda (ICTR), it is now possible to piece together a much fuller account of both the man who inspired the “genocide fax” and how and why UN officials and other decision makers responded to his warnings. 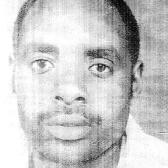 Jean-Pierre Abubakar Turatsinze, shown here in a previously unpublished photograph, emerges from this new evidence as a much more complicated figure than was apparent from earlier versions offered in Dallaire’s memoirs and other accounts. Half-Hutu and half-Tutsi, Turatsinze operated on both sides of the political and ethnic divisions in Rwanda before the genocide.

In these postings, we attempt to provide the back story to the “genocide fax” and the informant who told Dallaire that “in 20 minutes his personnel could kill up to 1000 Tutsis.”

The most complete version of Turatsinze’s background comes from his wife, Genevieve, who was interviewed extensively by investigators for the ICTR. In a 2003 interview, still considered confidential by the ICTR, Genevieve told investigators that the couple got married in 1990 and had three children, including twins born in the months immediately preceding Rwanda’s descent into chaos in April 1994.

According to Genevieve, at the time of their marriage, Turatsinze worked as a driver for Donat Hakizimana, a well-connected politician from the ruling party (the Mouvement républicain national pour la démocratie et le dévelopement, or MRND), who was then serving as prefect (governor) of the western province of Kibuye. In October 1990, after Hakizimana was appointed head of the Rwandan intelligence service, he took Turatsinze with him to Kigali. Turatsinze arrived in the Rwandan capital during a period of political turmoil. The Rwandan Patriotic Front (RPF) had just launched an invasion of the country from neighboring Uganda. Rwanda’s autocratic president, Juvénal Habyarimana, was under pressure from France and other western donor countries to establish a multiparty system.

With everything in flux, Turatsinze saw an opportunity in politics. His political patron was a man named Mathieu Ngirumpatse, a leader of the ruling MRND party who was later convicted of genocide. Ngirumpatse used Turatsinze as an intermediary to the Interahamwe (“those who fight together”) youth organization, which was founded in 1992 to combat the youth wings of rival political parties. The MRND came to view its youth-wing militia as a weapon to be used to defend the Hutu-dominated regime against the RPF and its presumed supporters inside the country. The Interahamwe were implicated in various anti-Tutsi attacks, extra-judicial arrests, and killings prior to 1994. After the genocide began, the Interahamwe, acting under orders of Hutu extremists at the highest levels of the regime, went on to kill large numbers of Tutsis.

Political tensions in Rwanda escalated following the assassination of the democratically elected president of Burundi, a moderate Hutu, in October 1993. The crisis atmosphere was further inflamed in December with the deployment in Kigali of a battalion of RPF troops, under the terms of the Arusha Accords, which were meant to lead to the formation of a broad-based transitional government. It was around this time that the Rwandan army began channeling weapons to the Interahamwe “to protect MRND militants from possible assault,” according to a prosecution witness testifying before the ICTR.

In late 1993 or early 1994, Turatsinze told his wife that the ruling party was “planning to commit some massacres of people.” If he remained a member of the MRND, his wife told ICTR investigators, he would have to “start by killing me and his mother.” Given that Turatsinze’s wife and mother belonged to the Tutsi minority, Genevieve understood this remark to mean that “the massacres were going to be against the Tutsi population.”

In the meantime, Turatsinze was getting into trouble with his bosses, who found him arrogant and undisciplined. He had been given the assignment of distributing weapons to Interahamwe members but was suspected of selling many of the weapons for personal profit to a rebel group in neighboring Burundi. By early 1994, this son of a Tutsi mother and Hutu father had personal, financial, and ideological reasons to switch his allegiances.

In some ways, Turatsinze was the ultimate outsider, a factor that may have contributed to his disillusionment with the MRND, particularly after the party embraced an ideology of “Hutu Power.” Not only was he half-Tutsi, but he had also converted from Christianity to Islam, a religion embraced by less than two percent of Rwandans. At some point prior to 1993—precisely when is unclear—he adopted the Muslim name Abubakar, in addition to his Christian name, Jean-Pierre. Curiously, these divided loyalties do not appear to have been an obstacle to his advancement in the Interahamwe, at least up until the end of 1993.

Next: How Did Turatsinze Make Contact with UN Peacekeepers?