The Rwandan Crisis Seen through the Eyes of France: Part I

In commemoration of the 20th anniversary of the Rwandan genocide, the Museum’s Simon-Skjodt Center for the Prevention of Genocide and the National Security Archive launched the first phase of a multiyear initiative titled Failure to Prevent: International Decision Making in the Age of Genocide. The first phase includes a series of “electronic briefing books” that provide in-depth background to pivotal events before and during the Rwandan genocide when international action could have made a difference. This is the third briefing book in the series.

Unwilling to bear the political and economic burden of shoring up a key African ally all by itself, France sought to internationalize a growing political and military crisis in Rwanda by pushing responsibility onto the United Nations. At the same time, French president François Mitterrand remained deeply suspicious of Tutsi-led rebels who invaded Rwanda from Uganda with what an aide described as “the benevolent complicity of the Anglo-Saxon world.”

The contradictions in Mitterrand’s policy toward Rwanda are captured in French government documents, translated into English by the Museum and the National Security Archive. The documents trace the alarm felt in Paris over military advances by Tutsi-led rebels and frustration with the Hutu-dominated government of President Juvénal Habyarimana.

The postings featured here, in French and in English, form part of a detailed documentation of the international response to the genocide that killed between 500,000 and one million Rwandans, predominantly Tutsis, from April to July 1994. 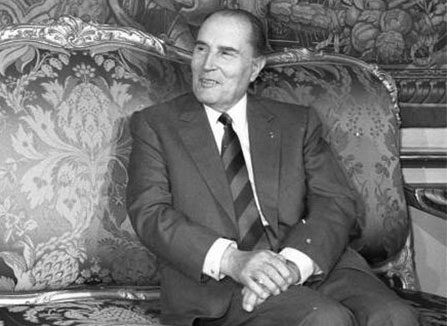 The documents portray France as a reluctant, and somewhat ambiguous, supporter of the Habyarimana regime in Rwanda between 1990 and 1994. On the one hand, Mitterrand viewed Rwanda as an integral part of French-speaking Africa, known as Francophonie, on the edge of what French officials called an “Anglophone front.” On the other hand, he did not want to squander too much French blood and treasure on a former Belgian—not French—colony. 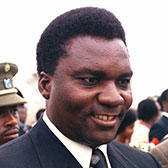 The French role in supporting the Habyarimana government has been the subject of great controversy, with some critics claiming that France was complicit in the actions of future genocidaires. With Belgium assuming a more neutral position, Habyarimana viewed France as his primary international ally and a military bulwark against the Tutsi-led Rwandan Patriotic Front (RPF).

After the fall of the Berlin Wall in 1989, Mitterrand called for the creation of multiparty democracies in Africa and linked French economic assistance to progress toward democratization, as reflected in his address to the Franco-African Summit at Le Baule in June 1990. The documents show that he urged Habyarimana to negotiate a compromise deal with political opponents inside the country (largely Hutus, based in the south of the country), as well as with the armed opposition outside the country (the RPF).

After dispatching thousands of troops and military advisors to Rwanda between 1990 and 1993, France saw the Arusha peace progress, and the arrival of UN peacekeepers, as a way to extricate itself from an increasingly complicated political and military situation.

A recurring theme in the documents is the conviction, shared by Mitterrand and his advisors, that the RPF wanted to use their superior military position to restore a Tutsi-dominated regime in Rwanda. French military advisors reported that the rebel movement had acquired surface-to-air (SAM) missiles from Uganda. When President Habyarimana’s plane was shot down by a SAM missile on April 6, 1994, triggering the genocide, French officials immediately suspected the RPF. Other experts note that there has never been a full international investigation into who was responsible for shooting down President Habyarimana's plane, leaving open many possibilities, including Hutu extremists.

In addition to the documents included in the chronological narrative that follows, we are also publishing an annex of other French government documents translated into English by the Museum and the National Security Archive. A subsequent briefing book will focus on French policy toward Rwanda between April and July 1994.

Next: Documents 1–10: Summaries and Links