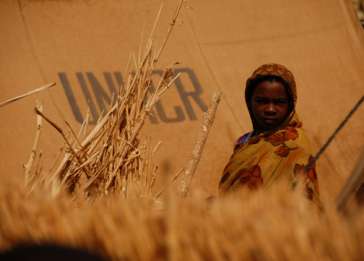 Last week, communities around the world observed World Refugee Day in order to draw attention to the plight of the 42 million refugees today who have been forced to flee their homes because of conflict, persecution, or natural disasters. Among the most vulnerable populations in the world, refugees often lack access to clean water, food, sanitation, shelter, and health care.

Although conflicts and disasters have uprooted people throughout human history, the legal definition of a "refugee" developed relatively recently in response to the Holocaust.

During World War II, the Nazis deported between seven and nine million people, mostly Jews, to concentration camps across Europe. Within months of Germany's surrender in May 1945, some six million displaced persons were repatriated, although between one and a half million and two million DPs refused repatriation because of the destruction of their communities and postwar antisemitism.

In response, the United Nations established a new legal definition of a "refugee" and outlined new protections to which they are entitled. The 1951 Convention on Refugees defined a refugee as someone who:

The 1951 document limited the definition of a refugee to those displaced in Europe before 1951. An additional protocol in 1967 removed both the time and location limitations. Today, the United Nations High Commissioner for Refugees estimates there are 42 million refugees and displaced people in the world today.

Access more than 50 different interviews, discussions, and other materials related to how refugees are affected by genocide today.