Remembering the Nuremberg Laws: The True Meaning of Citizenship

For most of us, citizenship is a status we can comfortably take for granted. Yet the millions of people who are denied citizenship of the country where they reside often have no rights, no protections, and no recourse for the redress of grievances. The simplest of life’s activities—opening a bank account, getting a driver’s license, or even attending elementary school—becomes a risky and humiliating process fraught with unpredictable dangers and the threat of harassment, arrest, and often deportation. 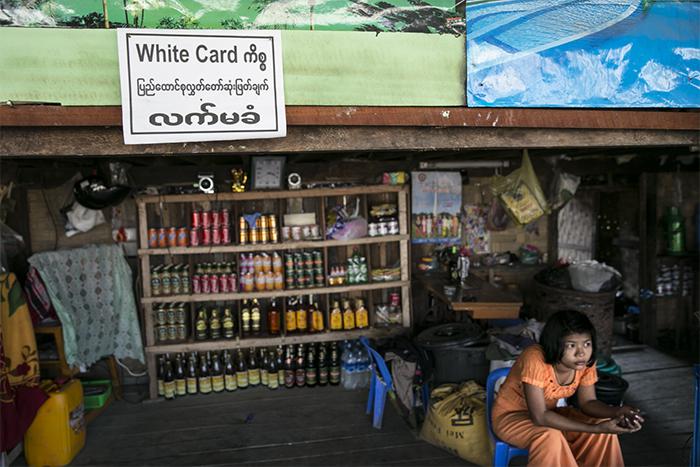 In Burma, the government revoked the temporary identification cards, or “white cards,” of many Rohingya, depriving them from voting in the national elections. —Courtesy of Paula Bronstein Getty Images Reportage for the United States Holocaust Memorial Museum

The United Nations Refugee Agency estimates that today there are more than 10 million stateless persons or people who cannot claim nationality from any country. Without a recognized nationality, stateless people often cannot access essential services and are especially vulnerable to discrimination and violence because they have no rights and are unprotected by the law. Denial of citizenship can sometimes be incidental, as when national borders change. Today, however, the denial of citizenship has increasingly become a weapon, used to vilify and harass designated targeted groups as “alien” to the nation.

“Eighty years ago this fall, hundreds of thousands of Germans were suddenly declared aliens in their own country. ”

The Nuremberg Laws—the Reich Citizenship Law and the Law for the Protection of German Blood and German Honor—illustrate what can happen when a group is denied citizenship and barred from participation in the “Nation.”  The laws were named after the city of Nuremberg, the site of an annual Nazi party rally. In September 1935, almost three years after seizing power, Hitler called the German parliament into a special session at Nuremberg to ceremoniously pass these laws. He was met with the joyous cheers of the assembled Nazi party faithful.

The Nuremberg Laws defined who was and was not a German and who was and was not a Jew. They revoked the citizenship of all Jews; overnight, Jews became mere “subjects” of the German state. They stripped more than 500,000 Jews of their citizenship and their identity as Germans. Alfons David, a man in his mid-sixties, expressed his confusion and shock at losing his German citizenship, saying, “I have felt and acted my whole life like a ‘real’ German.”

The Nuremberg Laws codified Nazi racial ideology, which defined Jews as a distinct race, separate from and inferior to the German “Aryan” race. They marked a crucial step on the road to genocide, since they allowed the Nazi state to precisely identify Jews and exclude them from broader society. German authorities set out to impoverish Jews and remove them from the German economy by requiring them to register their property and preventing them from earning a living. By 1938, Jewish men and women bearing first names of “non-Jewish” origin had to add “Israel” and “Sara,” respectively, to their given names to more clearly mark them as Jews. All German Jews were required to carry identity cards that indicated their Jewish heritage and all Jewish passports were stamped with an identifying letter J. Subsequent persecution and vilification ended ultimately in the Holocaust.

It would be comforting to think the world has outgrown the abuse of law exemplified by Nazi legislation, but the legacy of Nuremberg remains disturbingly relevant. Some countries still use laws to define nationhood or citizenship in ways that exclude and vilify entire groups, fueling popular hatred. Examples of stateless populations are sadly numerous and not restricted to any particular region of the world. In 2013, for example, an estimated 200,000 Dominicans of Haitian descent lost their right to citizenship after courts in the Dominican Republic ruled that those born to immigrants as far back as 1929 could not be considered citizens today. Similarly, many Nubian people in Kenya and many Roma in southeastern Europe are stateless.

One particularly egregious case concerns the government of Burma, which has long denied citizenship to the Rohingya, a Muslim minority, even though many have lived in the country for generations. More than 1 million Rohingya in Burma are rendered stateless by a law which restricts citizenship to members of listed ethnic groups. The legal exclusion of the Rohingya from the political and social life of the nation has created an environment where anti-Rohingya violence can fester. In recent years mobs have attacked the Rohingya people, driving them from their homes and livelihoods. The government of Burma is transitioning away from military dictatorship toward democracy, but so far this transition has not improved the status of the Rohingya people.

Every nation carries the primary responsibility to protect its population from genocide, war crimes, crimes against humanity, and ethnic cleansing. In the aftermath of the Holocaust and World War II, the newly formed United Nations responded to the extreme violence of the war, especially toward civilian populations, with the Universal Declaration of Human Rights, which recognized the inherent dignity and the equal and inalienable rights of all members of the human family.

Unfortunately the world still does not live up to that aspiration. Geneticists tell us there is very little that distinguishes human from human. We should remember this fact as countries wrestle with the limits of citizenship, immigration, and compassion for refugees. On the 80th anniversary of the Nuremberg Laws, we should remember that governments are obligated to protect and serve all members of their populations, and that laws restricting certain groups from citizenship or government services can be a warning sign of more extreme measures to come.

NEXT POST: When It Comes to Forecasting, Put a Number On It