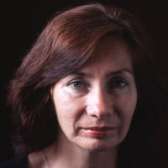 A journalist, activist, and researcher for Memorial (external link), Usam Baysaev was a close friend of Natasha Estemirova. In "Too Soon, Again" (external link), an article for The New Republic, Baysaev mourns his friend's death. After a decade of putting herself at great risk to defend human rights in Chechnya, Estemirova was kidnapped and murdered on July 15, 2009. Baysaev writes:

"I met Natasha toward the end of 1999, at the height of the battles in Chechnya. The Russian military was eager to occupy as many towns and villages as possible, without regard to the methods used to achieve this goal, or the number of civilians that would be killed. The region sank into a swamp of blood; there was information daily about the targeting of civilians, killings, reprisals, repressions.

"I worked for Human Rights Watch and helped its staff to collect information. I gathered testimonials from refugees in Ingushetia who had fled the war in Chechnya. I couldn't go into Chechnya myself; it was too dangerous for a young man to cross Russian checkpoints in the direction opposite to the flow of refugees. If a Chechen man tried to go into Chechnya, he would be suspected of being a fighter, and at minimum detained. And, once detained, then quite likely to disappear without trace.

"The only ones who could risk going in and out of the warring republic were women. For this reason, in the first, hardest, and bloodiest months of the war, the work of Memorial, a Russian human rights organization best known for extensively documenting abuses during and after the two Chechen wars, was built exclusively on women's personal heroism--their willingness to risk their lives on a daily basis…

"Natasha demanded a very cautious treatment of testimonies. She thought that sometimes, it was better not to publicize the facts, at least not right away… Only in very unique situations, when it was necessary to save a life or preserve the person's health, only then would she summon her courage and reveal her source...

"A few days ago, the friends and colleagues of Natasha Estemirova, and those whom she had helped, carried her coffin down Victory Boulevard in Grozny, past tacky signs with Putin's name. After that, we held a meeting of Memorial staff, including our colleagues from Moscow, where all the Chechens insisted that we wanted to continue working. The work of the Memorial office in Grozny is only temporarily suspended. After we mourn Natasha and think through strategies and logistics, we shall resume. In that continued effort, there might be some small victory for Natasha."