Museum Determines Genocide Committed in Burma against the Rohingya

The Rohingya are a Muslim minority group in Burma who have faced a long history of severe discrimination and persecution, including the denial of citizenship and repeated violence at the hands of Burmese authorities.

For years, the Museum’s Simon-Skjodt Center for the Prevention of Genocide has sounded the alarm about the risk of genocide and other mass atrocities being perpetrated against the Rohingya, including mass killings, sexual violence, torture, and forced displacement. These warnings have gone largely unheeded, leading to indescribable human suffering

Most recently, the Rohingya population has suffered an onslaught of mass atrocities—including crimes against humanity and ethnic cleansing. On December 3, 2018, the Museum announced it has found compelling evidence that Burma’s military perpetrated genocide against the Rohingya.

Photographs by Greg Constantine for the US Holocaust Memorial Museum. 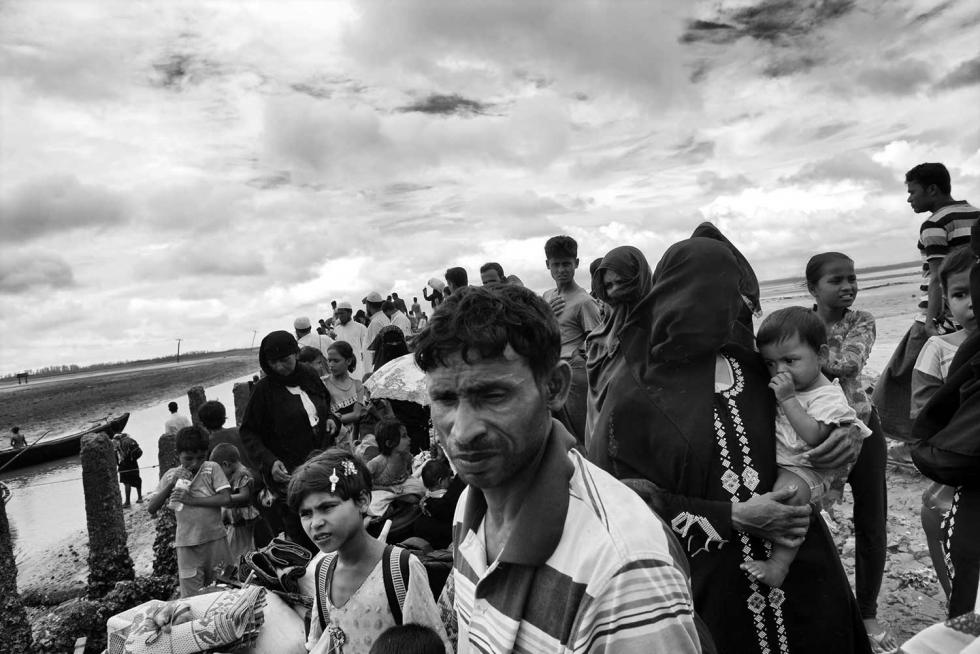 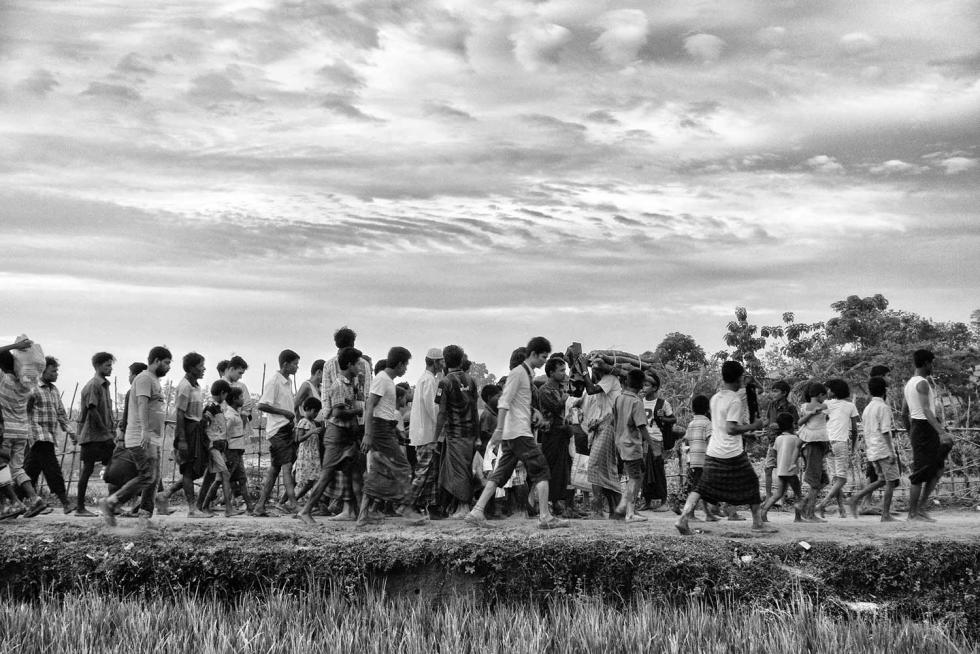 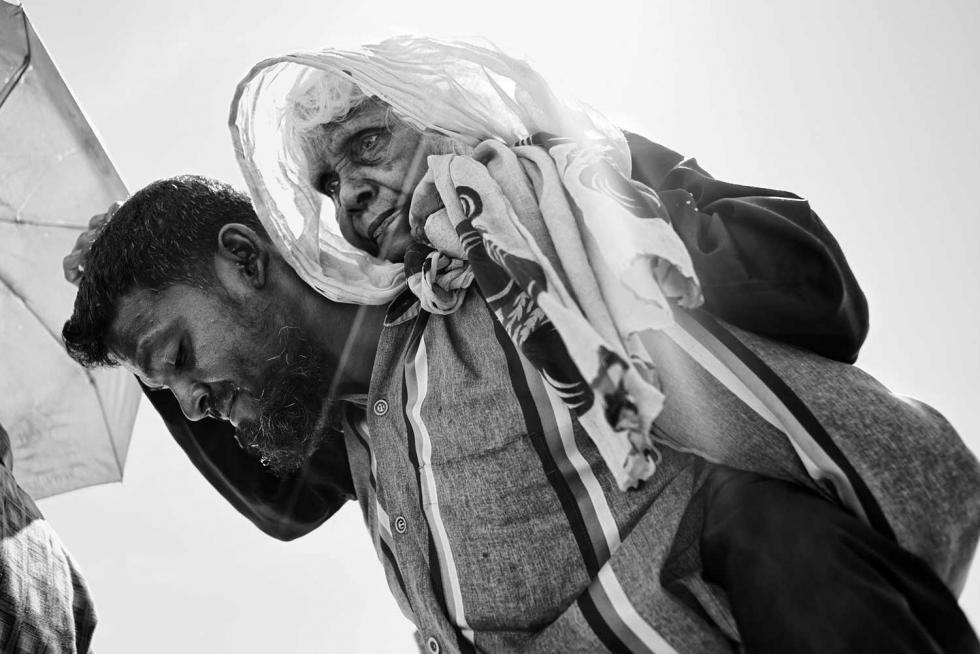 These recent waves of violence forced more than 700,000 Rohingya to flee from Burma to neighboring Bangladesh, where they continue to suffer from mental and physical trauma and live in overcrowded camps. The majority of Rohingya now live as refugees outside of Burma, where conditions are not safe enough for them to return. Burma and Bangladesh recently signed an agreement to send the Rohingya back. We believe they will again face the risk of genocide. 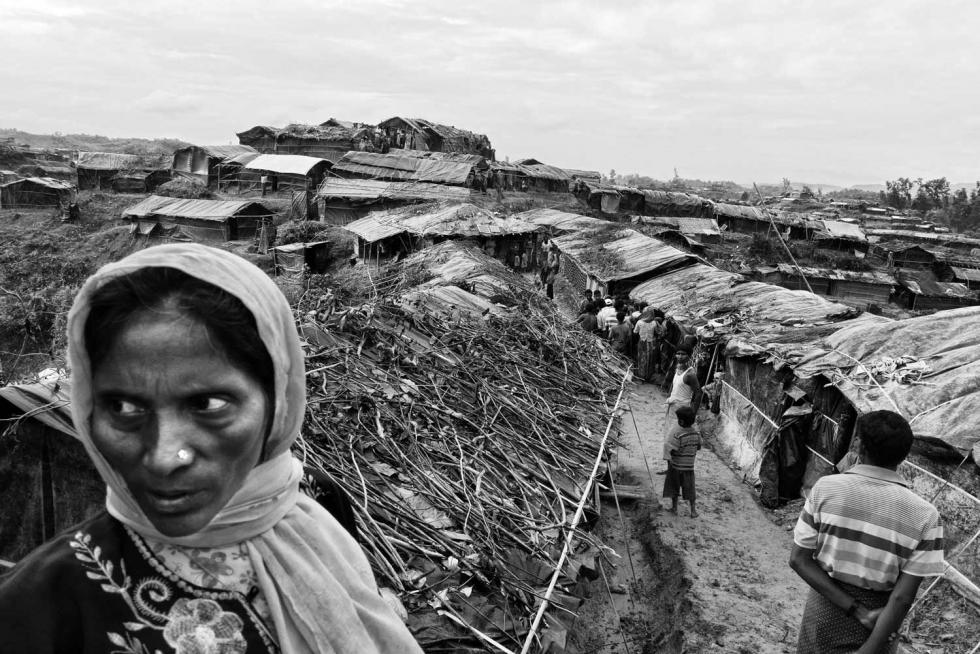 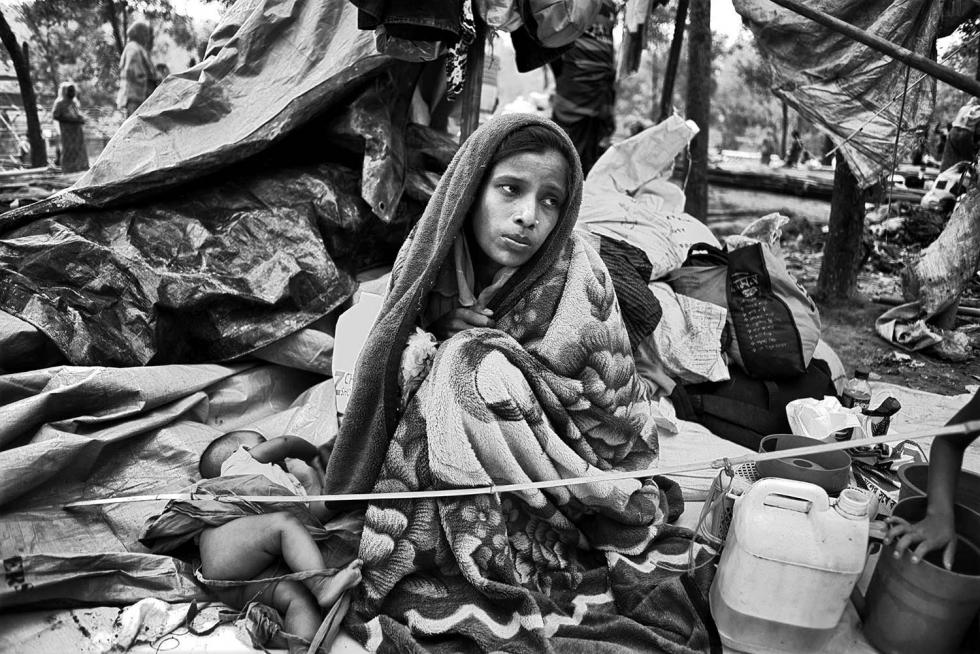 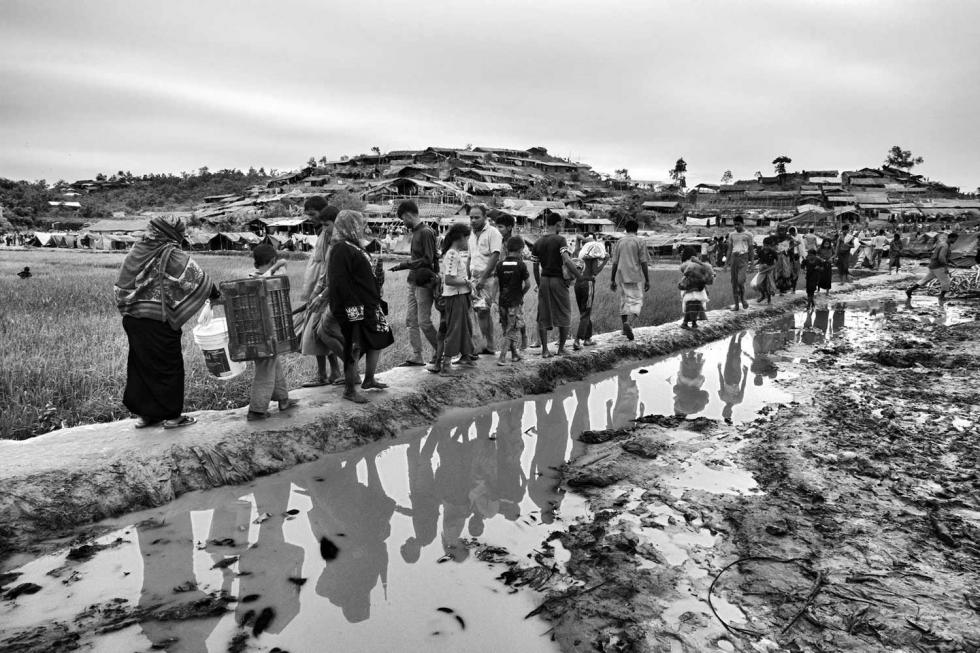 A History of Persecution

Since Burma’s independence in 1948, the Rohingya have been subjected to campaigns of violence and various forms of official and unofficial discrimination. Burma passed a law in 1982 stripping the Rohingya of citizenship. The government classifies them as "Bengalis," insisting that they are immigrants from Bangladesh, even though the Rohingya have lived in Burma for centuries.

The government also has restricted whom Rohingya can marry and how many children they can have. Rohingya must obtain official permission to travel, even to a neighboring village, making it difficult to access education, markets, employment opportunities, and medical care.

Rohingya—including many children—are regularly required to work without pay for government and military authorities. They are routinely subjected to the confiscation of their property, arbitrary arrest and detention, physical and sexual violence, and even torture at the hands of authorities. Rohingya are barred from the teaching, medical, and engineering professions. Many medical facilities will not treat them and few businesses will hire them other than for manual labor. 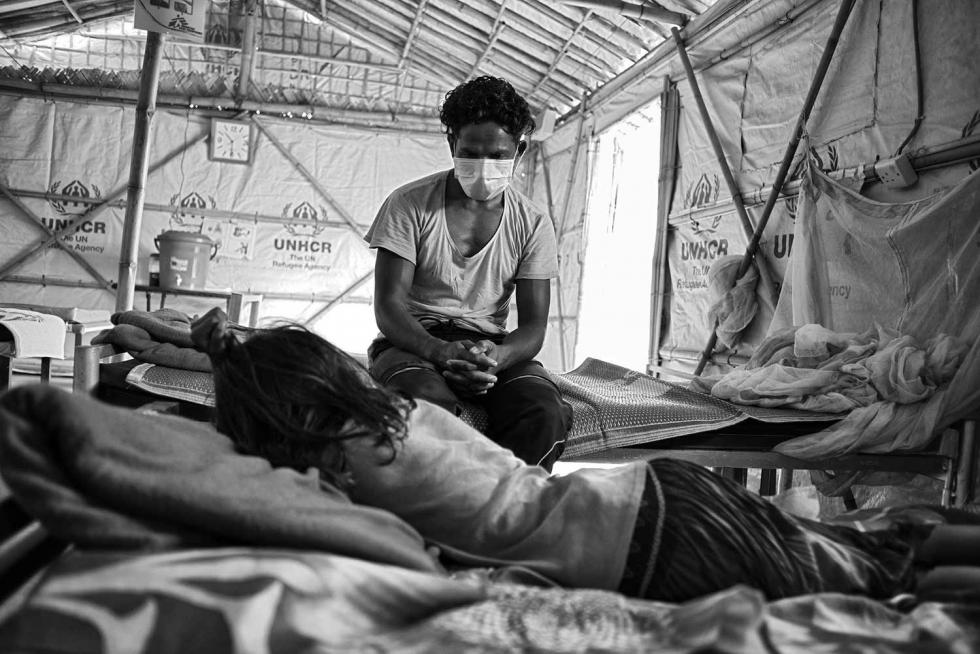 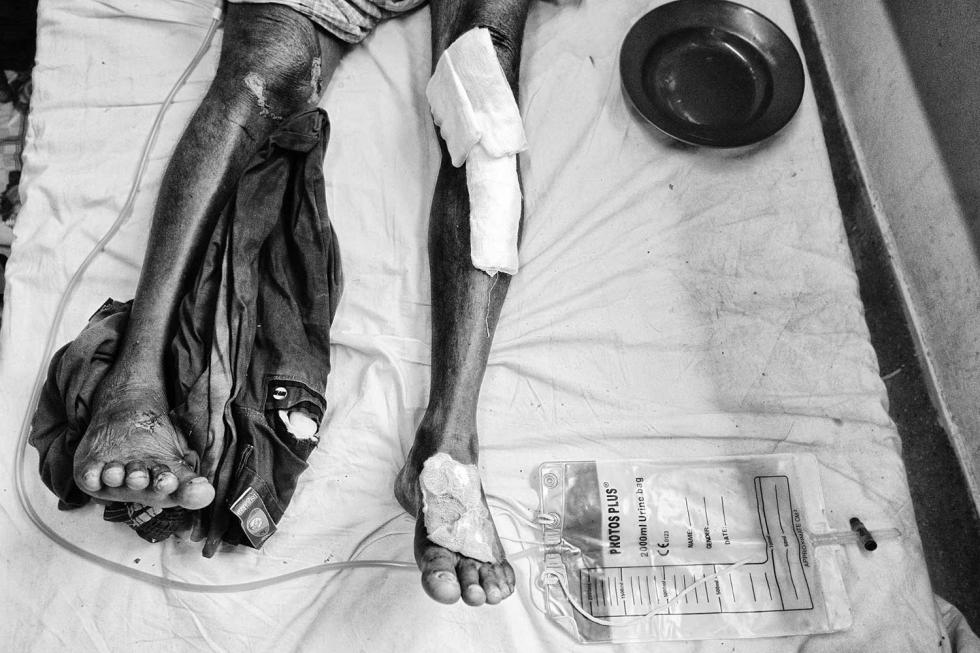 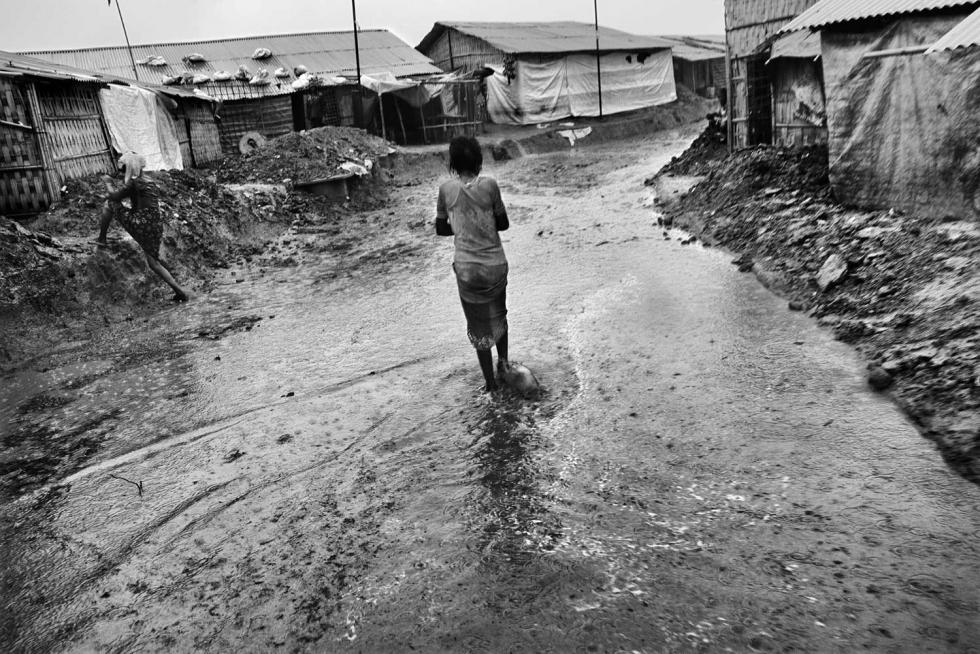 Burma’s leaders have denied that mass atrocities have been committed against Rohingya victims, but a United Nations Fact-Finding Mission concluded that senior Burmese military officials should be investigated and prosecuted for genocide and other crimes.

In March 2018 the Museum rescinded the Elie Wiesel Award we had given to Burmese leader Aung San Suu Kyi in 2012 due to her refusal to condemn and stop the military’s brutal campaign or express solidarity with the targeted Rohingya population. 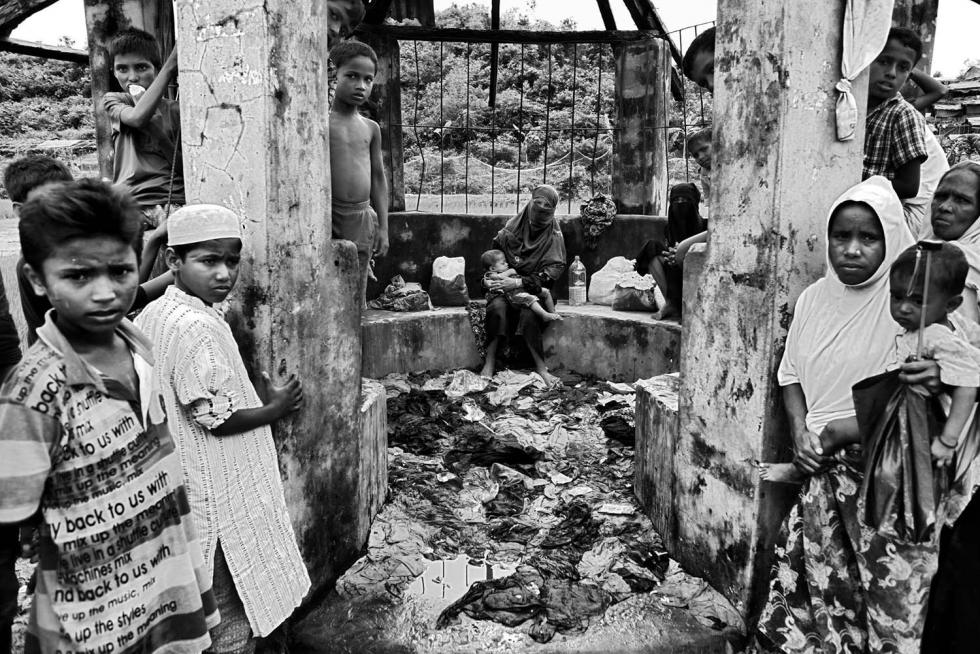 A longer version of this slideshow will be projected onto the Museum’s exteriors walls during Our Walls Bear Witness: Burma’s Rohingya Still Under Threat from December 5–8, 2018, after dark.

NEXT POST: Atrocity Risk in Congo Increases as Elections Near