On International Human Rights Day, the US Holocaust Memorial Museum and Dartmouth College launched their latest early warning report. The event was co-hosted by the co-chairs of the Senate Human Rights Caucus and the Tom Lantos Human Rights Commission, Senators Chris Coons (D-DE) and Thom Tillis (R-NC) and Representatives Jim McGovern (D-MA) and Chris Smith (R-NJ). Members of Congress, State Department officials, and independent experts commended the Museum’s work and discussed how it could support their commitment to prevent mass atrocities.

“Whether it’s what’s happening against the Rohingya today, whether it was what happened in the Balkans, or in Rwanda, or whether it was the Holocaust, the warning signs were abundant,” said Senator Chris Coons (D-DE), co-chair of the bipartisan Senate Human Rights Caucus. He continued, “If there had been an early warning system, an activated global network of advocates, any one of these could possibly have been prevented.”

The new report—called the Statistical Risk Assessment—ranks countries by their estimated risk for new mass killing. Based on publicly available data, researchers built a model that asks, in effect, which countries today look like countries that have experienced mass killing in the past, in the two years before the violence began? Together with Dartmouth, the Museum conducts this analysis each year under the auspices of the Early Warning Project.

Mollie Zapata, Research Manager at the Simon-Skjodt Center, stated that the assessment provides a starting point for additional analysis, ranking countries so that policymakers can prioritize attention and resources. She explained that countries at the very top of the rankings—Afghanistan, Yemen and Pakistan, according to the latest assessment—are rarely surprising, but the next tier can draw needed attention. “For example, Angola, Republic of Congo, Burundi, Uganda and Tanzania are truly early warning countries,” said Zapata, noting their current lack of violent conflict. “These are ones that merit additional scrutiny, and ultimately the tracking of indicators to make sure that that risk doesn’t increase and violence does not begin.” 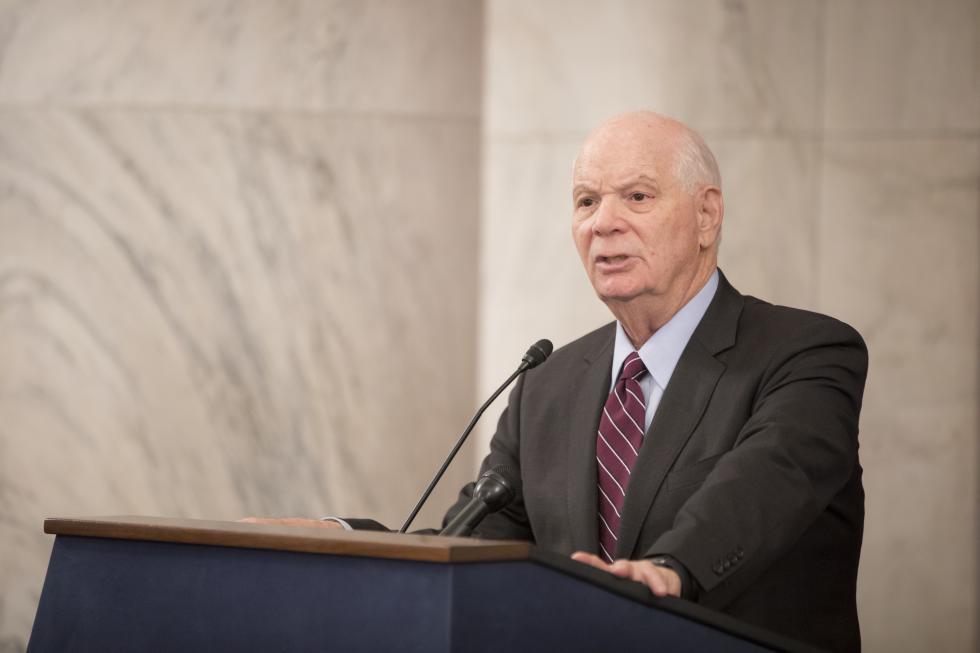 According to Senator Ben Cardin (D-MD), who serves on the US Holocaust Memorial Museum’s Council, “We need to redouble our efforts… these are times in which people are at risk and countries [at risk of perpetrating mass atrocities] cannot be left to their own devices. We need to put a spotlight on them and that is exactly what you’ve done in this report.”

Robert Faucher, Principal Deputy Assistant Secretary from the Bureau of Conflict Stabilization Operations at the US Department of State added that “As an annual list that examines in depth a wide range of atrocity risk indicators and structural factors, the Statistical Risk Assessment is a critical addition to assisting US government internal atrocity risk lists.”

Ambassador Kelley E. Currie, from the Office of Global Criminal Justice at the US Department of State noted that the President signed the Elie Wiesel Act into law in January, “identifying atrocity prevention as a national security priority,” and said that the White House released a report in September, “detailing this administration’s successful efforts to prevent, mitigate, and respond to mass atrocities.” 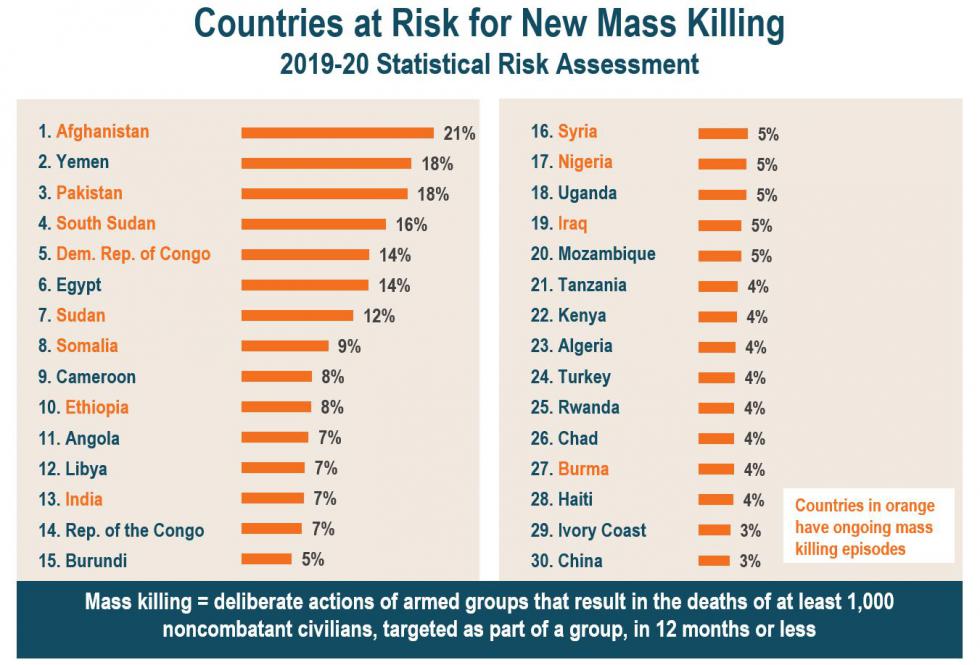 Frances Z. Brown, of the Carnegie Endowment for International Peace, spoke of the report as a conversation starter to propel atrocity prevention from its status as a “niche, specialist issue” to engendering a holistic response from within the US government. “Early warning tools can help us get out of this recurrent problem in the policy arena that urgent issues always crowd out important issues.” As the former director for democracy on the White House’s National Security Council for both the Obama and Trump administrations, she noted "commitment to this issue needs to come from the top. Regional bureaus need to be bought in and galvanized on this...and we need to ensure that the interagency process is robust enough to meet the scope of the problem.”

The final two speakers, Joseph Hewitt from the United States Institute for Peace and James Schear from the Woodrow Wilson International Center for Scholars similarly praised the Early Warning Project and urged bipartisan support to translate this research into action. Speaking from his extensive experience in research and policy for the Department of Defense and at the National Defense University, Schear advised, “Were I serving in government right now, I would take this report out to Langley, put it on the table, and say, ‘Okay, how does this list inform what you guys are up to?’” Said Hewitt, “We have to adopt a 401K attitude about preventing atrocities where you have to think about investments that you’ve made today that will pay off tomorrow...Any kind of legislative commitment that binds commitment to work in countries that aren’t necessarily urgent today would be a good thing.”

Download the report, learn more about how to use our risk assessments, read about our methodology and data sources, explore our interactive map, or search results by risk factor.