Is Genocide in Syria’s Future? 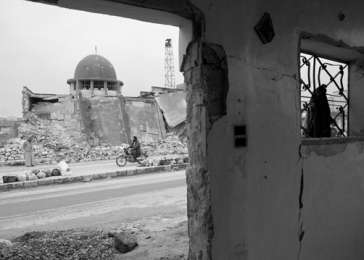 In June 2012, the United States Holocaust Memorial Museum expressed grave concern about the escalating violence in Syria and warned that the increasingly sectarian nature of that violence could, if unchecked, lead to genocide. In the nine months since then, the number of Syrians displaced or killed has increased nearly tenfold and war crimes and crimes against humanity are becoming ever more common, with many victims targeted because of their religion. The United Nations estimates that, to date, at least 70,000 Syrians have died, and there are approximately one million refugees.

The Museum’s Center for the Prevention of Genocide asked Syria expert Ambassador Frederic C. Hof, senior fellow of the Rafik Hariri Center of the Atlantic Council, to prepare a paper on the risks for genocidal violence in Syria and how those risks might be mitigated. In Sectarian Violence in Syria’s Civil War: Causes, Consequences, and Recommendations for Mitigation, Ambassador Hof examines the likeliest scenarios for Syria’s future and concludes that genocidal actions are indeed a possibility in the worst-case scenario.

Hof warns, moreover, that this scenario is becoming ever more likely the longer the conflict lasts. While the Museum does not endorse specific policy prescriptions, including those in Ambassador Hof’s paper, we hope that the urgency of its findings will help motivate the international community to move swiftly to protect the Syrian people from further sectarian mass atrocities and possible deterioration into genocidal violence.

Read the Museum’s statement on the study.

Read a Washington Post op-ed (external link) by Ambassador Hof in which he discusses the tough policy decisions the US faces regarding engagement and support for the Syrian opposition.