March 15 marked nine years of conflict in Syria and the message of the day was clear: complacency is unacceptable. This message was echoed throughout a series of events and meetings facilitated by the Museum in the days leading up to the somber anniversary. Throughout the week, Syrian civil society leaders and the Simon-Skjodt Center for the Prevention of Genocide emphasized the need to end the killing, torture, and displacement, and advance justice and accountability in Syria.

On March 11, the Museum hosted an event on Capitol Hill with the Syrian Emergency Task Force (SETF) to focus on ongoing threats to civilians and commemorate the victims of nine years of crimes against humanity perpetrated in Syria by the Assad regime, supported by Russia and China. The Syrian conflict has claimed more than 560,000 lives and displaced nearly 13 million people since it began in March 2011.

To mark the solemn anniversary, the Museum brought leaders of the Syrian community to Washington DC to speak about current threats to civilians and what must be done to prevent the continuation of atrocities. Raed Al Saleh, head of the Syrian Civil Defence (the White Helmets) called on world leaders to do more than provide empty words: “these statements and these calls need to be followed through with action.” 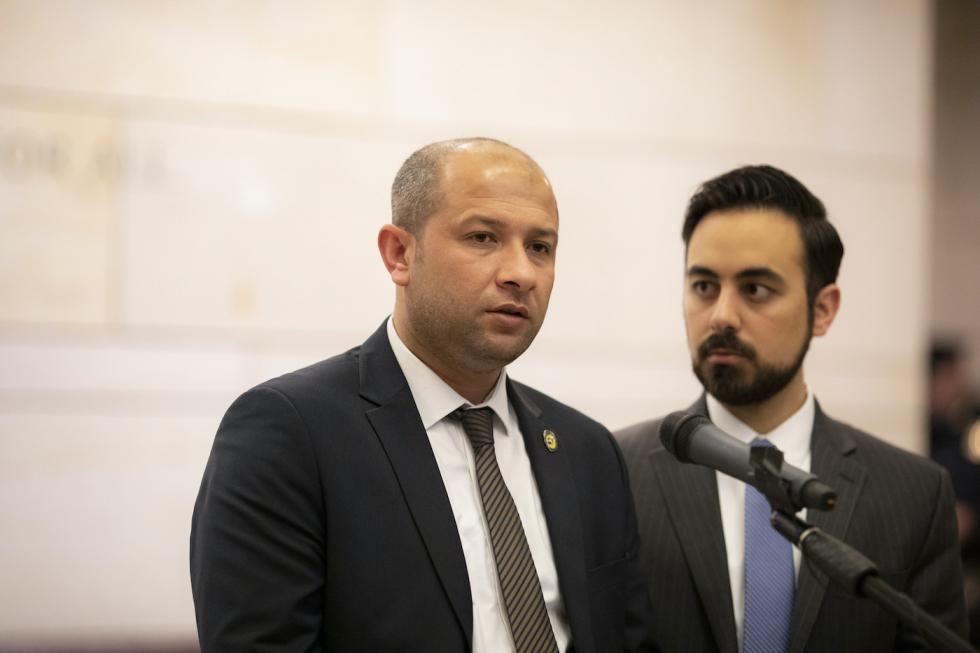 Rajaa Altalli, Co-Founder and Co-Director of the Center for Civil Society and Democracy, called for a permanent ceasefire in Syria. She noted that people who simply called for justice, freedom, and human rights are being detained and tortured, and every single day, people are being killed. Ms. Altalli saluted Syrian civil society, and particularly Syrian women, who continue to shed light on these atrocities. There must be an end to the bombing, she said, as well as a political transition that involves the direct participation of women and civil society.

Omar Alshogre, Director of Detainee Issues at SETF and former detainee under the Assad regime, spoke about being held captive and tortured in the regime’s prisons. He recounted the horrific details of his personal experiences while also discussing the suffering of so many others in Syria who Assad continues to target without consequence. “I see you in front of me, I see people who care,” Mr. Alshogre said, “but care more, do more. I trust you are great people, show me your great actions.”

SETF Director Mouaz Moustafa shared a statement from Syrian military defector Caesar, who  smuggled photos out of Syria to expose the atrocities being committed by the Assad regime. Following his courageous acts, the United States Congress passed the Caesar Syria Civilian Protection Act of 2019 (H.R.31), which sets the stage for additional sanctions and increased accountability. In his statement, Caesar said the legislation was “a ray of hope” for the Syrian people and called for a no-fly zone to protect civilians. Caesar thanked the American people and Congress, and reminded us all that Syrians are suffering “only because they decided to call for their freedom and dignity.”

Joining the call to help the Syrian people was Holocaust survivor Ruth Cohen, who implored those in attendance to be motivated by the history and lessons of the Holocaust. She reminded the audience that, “no matter how powerless we feel, we each have the ability and the moral obligation to make this world better.” 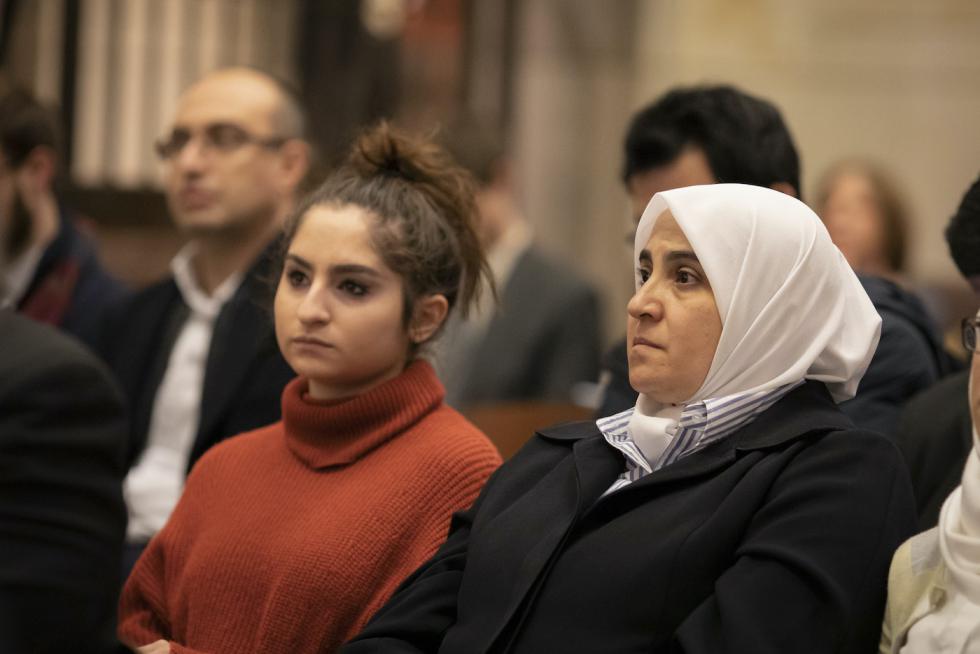 Audience members at the event on Capitol Hill commemorating the ninth anniversary of the conflict in Syria. —US Holocaust Memorial Museum

Senator Ben Cardin underscored the message that “never again” must fulfill the promise of these words. Senator Todd Young highlighted the need for a unified effort to stop Russia and Assad. Representatives French Hill and Brendan Boyle, co-chair of the Friends of a Free, Stable and Democratic Syria Caucus, emphasized their commitment to the Syrian people and echoed bipartisan support for ending the atrocities perpetrated by Assad and his supporters.

Earlier in the day, the Senate Foreign Relations Committee held a full committee hearing on “Nine Years of Brutality: Assad's Campaign Against the Syrian People.” Mr. Al Saleh, Mr. Alshogre, and Caesar all testified before the Committee. The House Foreign Affairs (HFAC) Subcommittee on Middle East, North Africa, and International Terrorism also hosted a hearing, “The Crisis in Idlib” on March 11, which was joined by HFAC Chairman Eliot Engel.

Mr. Al Saleh, Mr. Alshogre, Ms. Altalli, and Naomi Kikoler, Director of the Simon-Skjodt Center, participated in a Washington Institute for Near East Policy (WINEP) panel “The U.S. Role in Idlib and Beyond: Perspectives from Syria.” The panel was moderated by WINEP’s Dana Stroul and focused on the increasingly worse situation in Idlib and what the United States can do to address the crisis.

As the tenth year of conflict unfolds in Syria, we must heed the calls of the Syrian activists, the survivors. The most common refrain we hear from them is that they feel abandoned by the world. We must not abandon the Syrian people. We must follow our statements of solidarity with concrete actions. As Ms. Kikoler remarked, “75 years after the Holocaust we seek and hope to uphold the commitment of ‘never again.’” We must ensure the full implementation of the Caesar Act. We must find a path to an inclusive and sustainable political transition, and we must hold Assad and his supporters accountable for the atrocities they have committed.

NEXT POST: Nowhere to Turn: Rohingya Trapped Between Ongoing Risk of Genocide and Deadly Spread of Coronavirus