The Holocaust in the Soviet Union 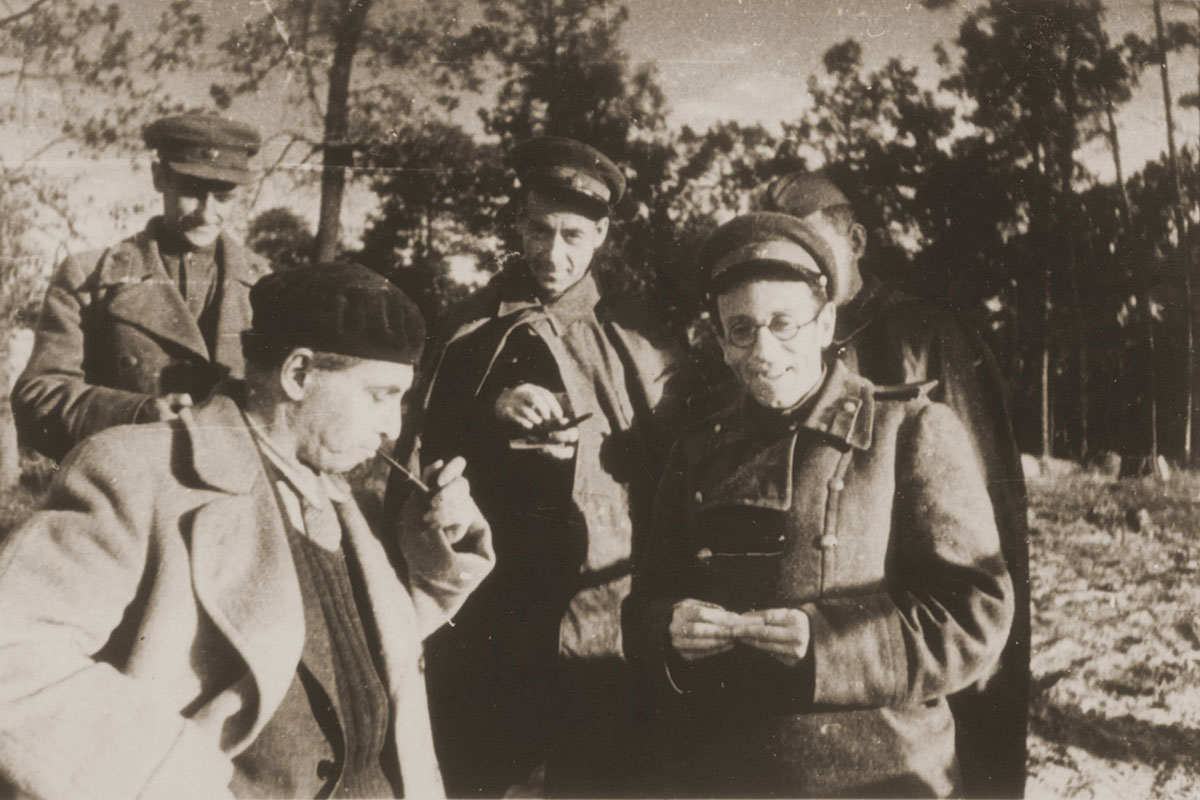 Although up to 2.7 million Jews died during the Holocaust on occupied Soviet territory, their stories remained relatively unknown until after the fall of the Soviet Union. The Mandel Center’s Initiative on the Holocaust in the Soviet Union works to promote the study of this important and developing subfield, coupling the acquisition of a vast archival collection with the development of academic programs that engage both students and scholars to advance new research, scholarship, and teaching about the Holocaust in the countries of the former USSR.

Our Work on the Holocaust in the Soviet Union

The Soviet Initiative works individually and with partner organizations on conferences, symposia, seminars, workshops, summer schools, and training sessions for students and scholars ranging from undergraduates to tenured professors. Programs are held at the Holocaust Museum and at institutions across the countries of the former Soviet Union. The Initiative’s staff members also use the Museum’s archival collections to develop research, showcasing publicly available collections. Through focusing on the fate of Jews, this Initiative also encourages work on the Roma, Soviet prisoners of war, forced laborers, people with disabilities, and other Soviet citizens targeted by occupying forces.

Much of our work focuses on the home of the Soviet Union’s largest Jewish population on the eve of the Nazi invasion—Ukraine. With our Ukrainian partners and the crucial support of the Ukrainian-Jewish Encounter, we organize an annual Holocaust Studies Summer Program in Kyiv, now in its fourth year, for scholars from across Ukraine, and plan to expand our activities in the country. We are currently developing a publication on the history of Ukrainian Jews in the twentieth century, a digital tool offering curated primary sources, and a suite of related programs as part of the Piotr and Basheva Polsky Memorial Initiative for the Study of Ukrainian Jewry.

The Initiative works with various partner organizations, including:

Program Manager of the Initiative for the Study of the Holocaust in the Soviet Union
Daniel Newman, PhD
danewman@ushmm.org

Program Manager of the Initiative for the Study of Ukrainian Jewry
Elana Jakel, PhD
ejakel@ushmm.org

Program Manager of the Initiative on Ukrainian-Jewish Shared History and the Holocaust in Ukraine
Natalya Lazar, PhD
nlazar@ushmm.org