LGBTQ+ Histories of the Holocaust 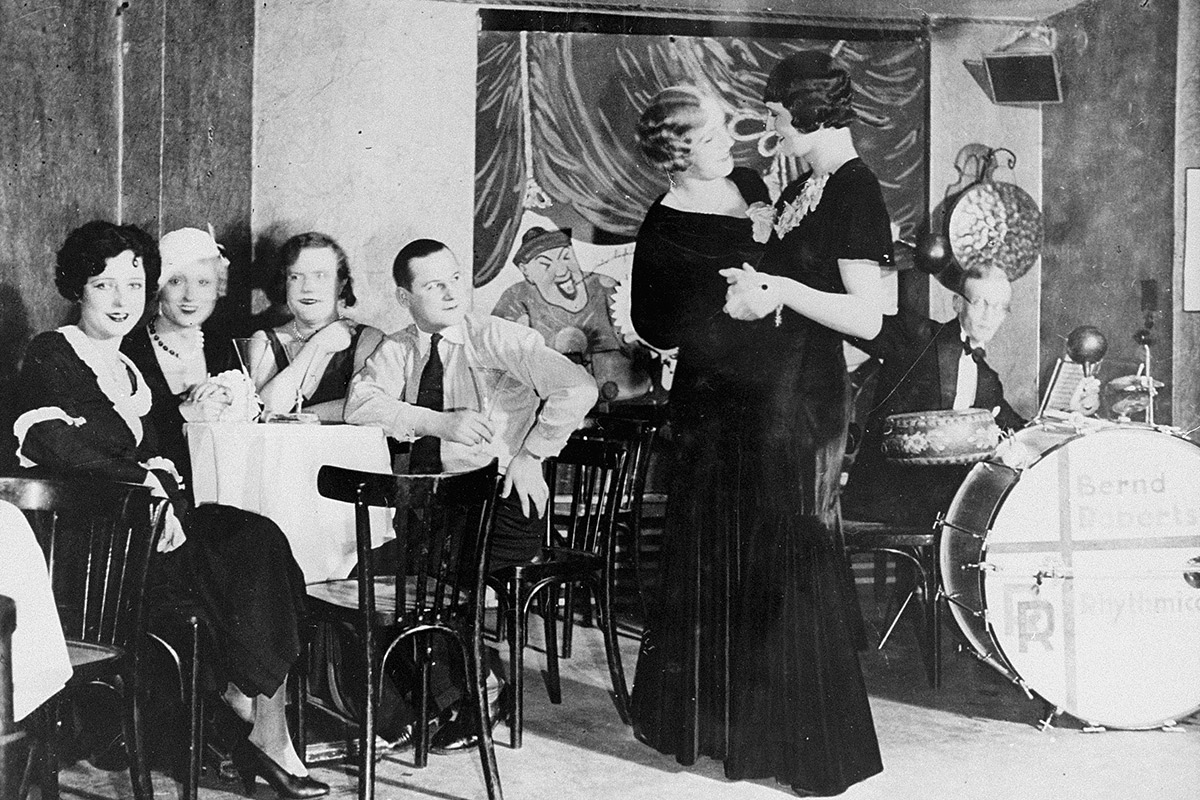 A scene from the nightclub “Eldorado,” Berlin, 1929. The nightclub was closed by a government decree in spring 1933. —US Holocaust Memorial Museum, courtesy of bpk-Bildagentur

The 2021 Jack and Anita Hess Faculty Seminar focuses on the history of LGBTQ+ people during the Holocaust, as well as the continued relevance of this history to understanding the discrimination that queer and trans people face today. The Seminar will explore how the Nazi state persecuted, incarcerated, and interned men in concentration camps for violating § 175 of the German criminal code, which prohibited consensual sex between men, resulting in at least 5,000 perishing at the hands of the Nazi state agents. At the same time, the Seminar will highlight that there is so much more to the history of LGBTQ+ experiences during the Holocaust. Drawing on new research, the Seminar leaders will stimulate discussions about the many facets of queer and trans histories under Nazism, including: To what extent were queer women targets of state violence? How did racialization affect queer Jews and queer Poles? When did gender transgression and queerness not necessarily aggravate the Nazi state? And what lasting lessons can we learn from the under-researched history of trans people and gender non-conformity during the Holocaust? The seminar will further address how the German law against sodomy and the Austrian law concerning “crimes against nature” were similar to laws on the books in the U.S. and elsewhere at the time.

The memory politics surrounding queerness and transness during the Holocaust has had a lasting legacy on the treatment of LGBTQ+ people—from the postwar era to the AIDS crisis of the 1980s, and even to our current moment. This Seminar offers the opportunity to approach broad questions about how LGBTQ+ histories of the Holocaust might inform understandings of homophobia, transphobia, racism, tolerance, and human rights, well beyond the Nazi state. In addition, it provides faculty with tools and resources to build a scholarly environment conducive to teaching the continued relevance of this topic today. The facilitators will introduce approaches to teaching the Holocaust through a framework that takes into consideration pedagogical interventions from the fields of queer and trans studies. Specific areas of emphasis will include setting a precedent for the use of inclusive language, thinking critically about identity categories, integrating an intersectional approach, and developing strategies for teaching this topic in the digital college classroom.

This Seminar will occur entirely online through a combination of synchronous and asynchronous sessions over the course of five days. Each day participants will be expected to attend no more than four hours of sessions in the virtual classroom, plus an additional two to three hours devoted to independent readings and syllabus design work. Participants will have access to all assigned readings and course materials through the Seminar’s digital platform. All required sessions will take place from Monday, January 4, 2021, to Friday, January 8, 2021, between 12 PM and 4 PM ET. The breakdown of live and recorded sessions for each day includes the following:

Seminar applicants can be at any career stage but must be teaching or anticipate teaching relevant courses at accredited institutions in North America. Applications must include (1) curriculum vitae; (2) a statement of the candidate’s specific interest in strengthening their background in LGBTQ+ Histories of the Holocaust for the purpose of teaching; (3) a letter of support from a dissertation advisor, departmental chair, or dean addressing the candidate’s qualifications and the institution’s commitment to Holocaust-related education; and 4) a draft syllabus with content relating to Holocaust studies and/or LGBTQ+ studies that the candidate has taught or anticipates teaching.

Admission will be determined without regard to race, color, religion, sex (sexual orientation or gender identity), national origin, age, disability, genetic information or reprisal. The Museum also prohibits any form of workplace discrimination or harassment.

This Seminar is endowed by Edward and David Hess in memory of their parents, Jack and Anita Hess, who believed passionately in the power of education to overcome racial and religious prejudice.