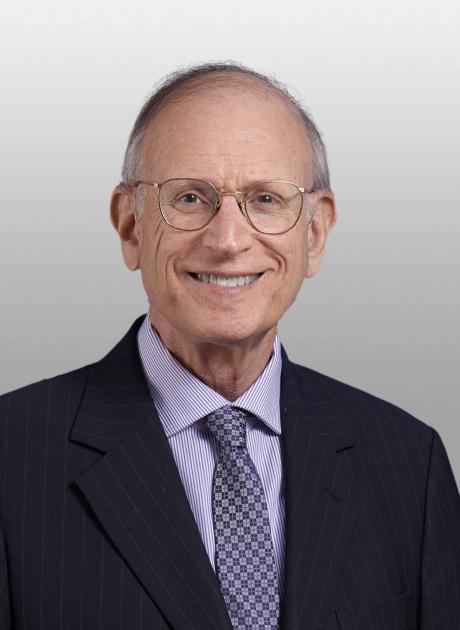 Stuart E. Eizenstat of Washington, DC, is Chairman of the United States Holocaust Memorial Council. He previously served as a member from 2001–2004. He is a senior member of Covington & Burling LLP’s international practice. During his public service in four administrations, Ambassador Eizenstat served as chief White House domestic policy adviser to President Carter and held a number of key roles in the Clinton Administration, including Ambassador to the European Union; Under Secretary of Commerce for International Trade; Under Secretary of State for Economic, Business, and Agricultural Affairs; and Deputy Secretary of the Treasury. He served as a member of the White House staff for President Johnson. He has made Holocaust justice and memory a major part of his career. During the Carter Administration, Ambassador Eizenstat recommended a President’s Commission on the Holocaust chaired by Elie Wiesel and helped draft the legislation authorizing creation of the United States Holocaust Memorial Museum. In the Clinton Administration, he served as Special Representative of the President and Secretary of State on Holocaust-Era Issues and, during the Obama Administration, as Special Advisor to Secretaries of State Clinton and Kerry on Holocaust-Era Issues, negotiating major recoveries from foreign corporations and governments on behalf of survivors and families of victims. As Special Negotiator for the Jewish Claims Conference since 2009, he has negotiated additional compensation and social services for survivors, with an increasing emphasis on Holocaust memory and lessons. He is currently Special Adviser to Secretary of State Blinken on Holocaust Issues. He chairs the board of the Defiant Requiem Foundation, honoring the memory of the musicians and artists at the Theresienstadt concentration camp. He has received eight honorary doctorates and more than 75 awards, including the Museum’s highest honor, the Elie Wiesel Award, as well as honors from the governments of France (Legion of Honor), Germany, Austria, Belgium, Israel, and the United States. He has authored three books, including Imperfect Justice: Looted Assets, Slave Labor & the Unfinished Business of World War II. He is a Phi Beta Kappa, cum laude graduate of the University of North Carolina at Chapel Hill, which created the Ambassador Stuart E. Eizenstat Chair of Modern Jewish History, and of Harvard Law School.