The President’s Commission on the Holocaust 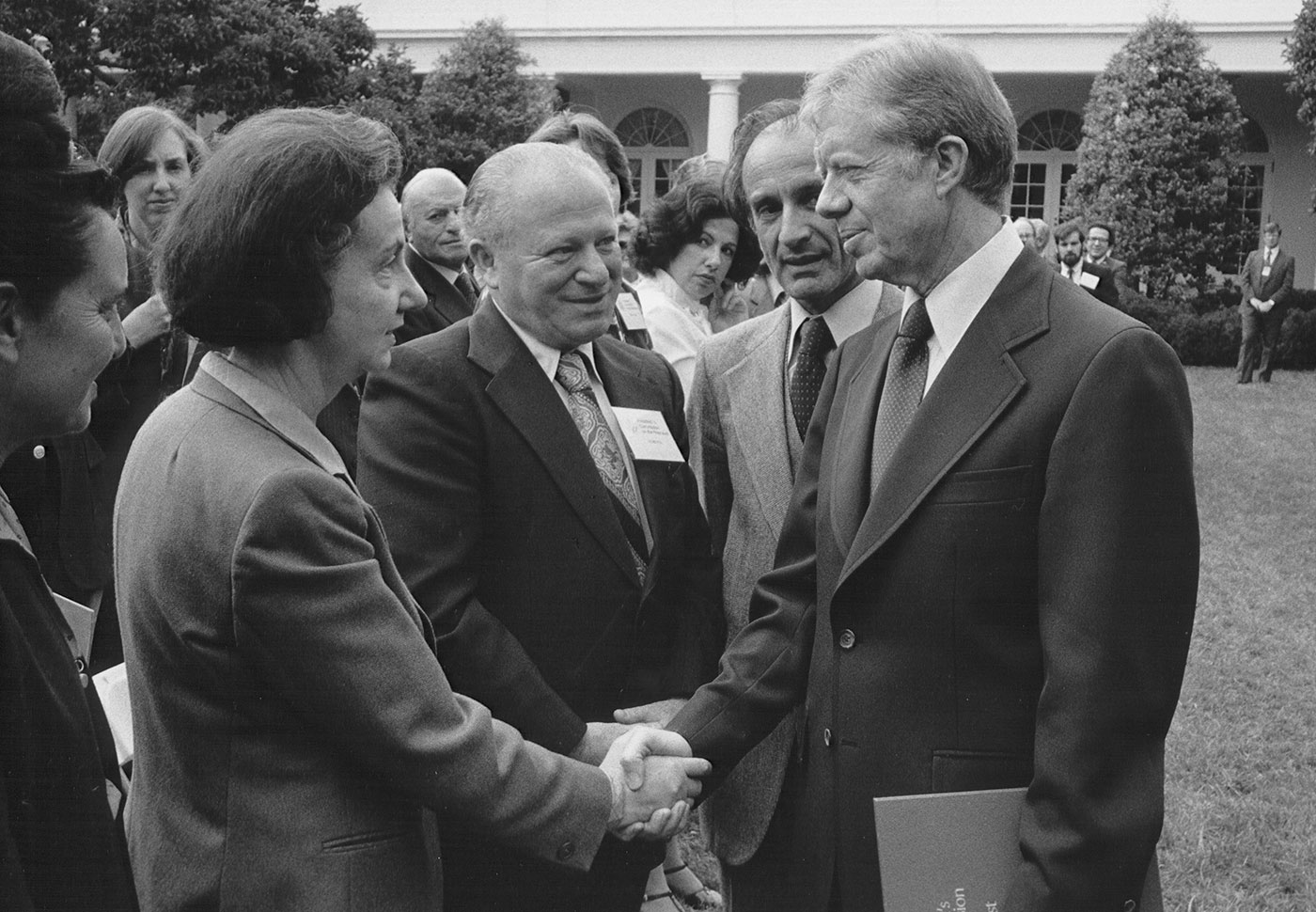 President Jimmy Carter shakes the hand of Vladka Meed during a ceremony in the White House Rose Garden, during which Elie Wiesel presented the report of the US Holocaust Commission. —Jimmy Carter Library

On November 1, 1978, President Jimmy Carter established the President's Commission on the Holocaust and charged it with the responsibility to submit a report "with respect to the establishment and maintenance of an appropriate memorial to those who perished in the Holocaust."

The Commission, chaired by Elie Wiesel, consisted of 34 members and included Holocaust survivors, lay and religious leaders of all faiths, historians and scholars, and members of Congress. The Commission solicited suggestions from American citizens and traveled to Holocaust-era sites and memorials in Europe.

The Commission's final recommendations are contained in the Report to the President: President's Commission on the Holocaust, submitted on September 27, 1979.