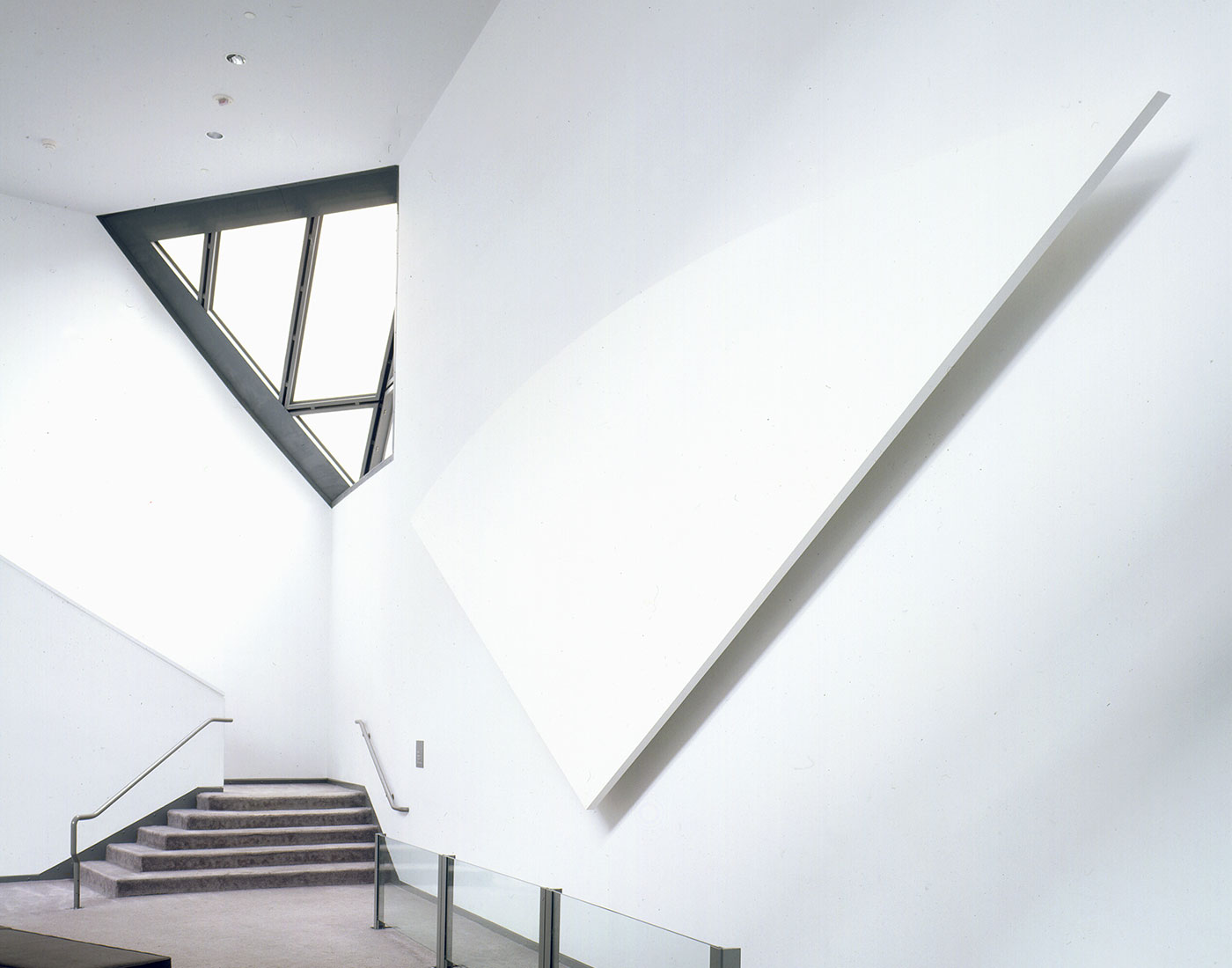 Ellsworth Kelly’s four white wall sculptures, collectively titled Memorial, are situated in the Museum’s light-filled third-floor lounge, a sharp contrast to the dimly lit space of the Permanent Exhibition and the subject matter visitors encounter there.

The largest of the four sculptures is a fan-shaped panel, stretching almost 27 feet at its widest point and floating several inches from the wall. Opposite it are three identical, evenly spaced rectangles that also project several inches from the wall, which Kelly has likened to memorial tablets that, in their anonymity, bear the names of all the victims of the Holocaust.

Together the four pieces that constitute Memorial create a constant interplay of light and shadow that changes throughout the day.