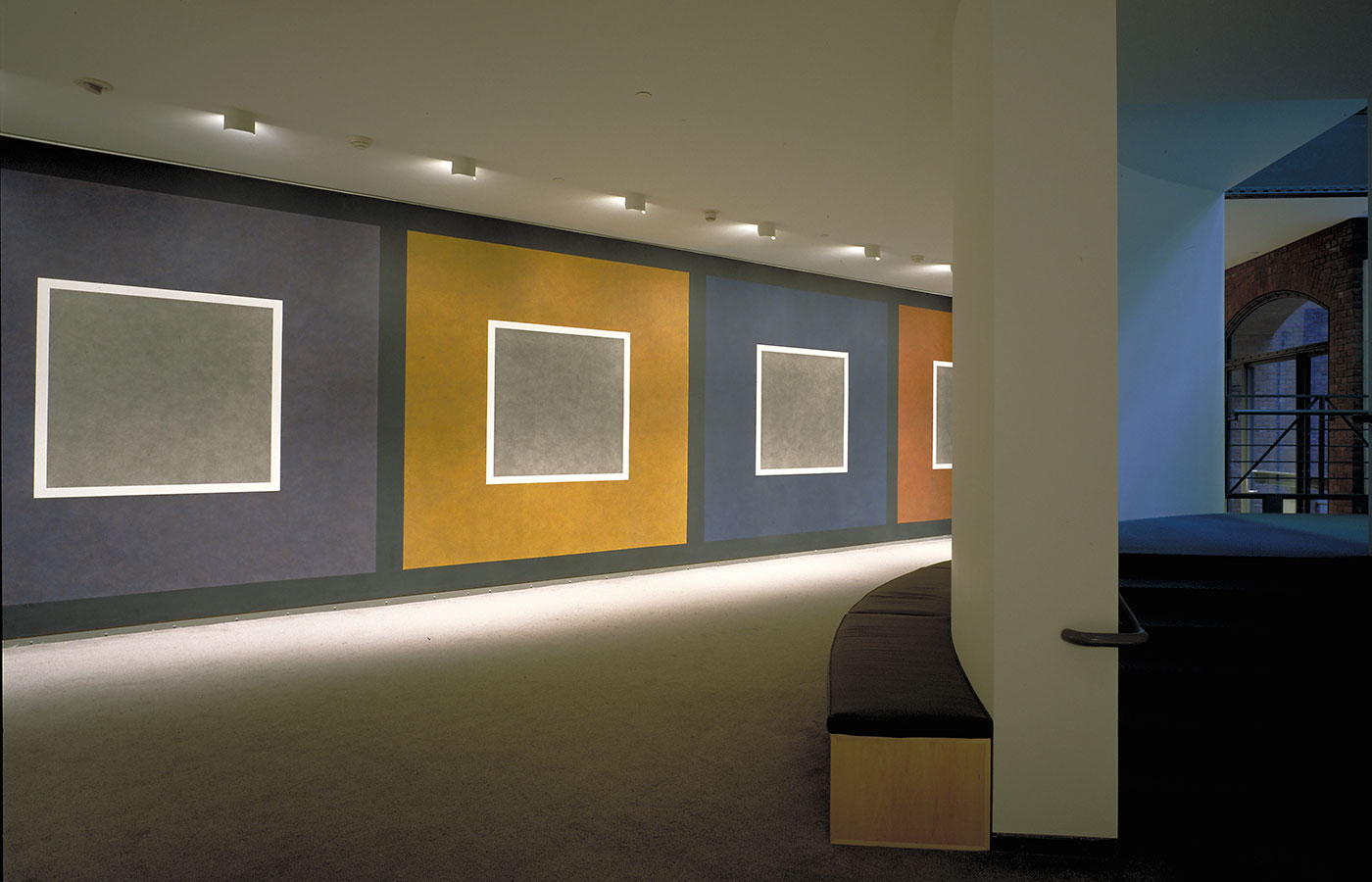 Visitors encounter Sol LeWitt’s wall drawing Consequence, situated in the Museum’s second-floor lounge, just after they leave the portion of the Permanent Exhibition dedicated to the ghettos and death camps.

LeWitt’s five large squares—what he describes as the most stable and implacable of forms—dominate the long wall, each square bordered in black and containing a central gray square outlined with a band of white. In between the white and black contours are subtly varying hues.

This rhythmic pattern of squares within squares invites introspection, while the fields of color suggest absence—lives, families, and communities made vacant as a consequence of the Holocaust.