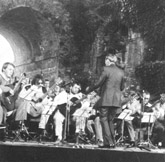 Playwright Jura Soyfer and composer Herbert Zipper, active in Viennese antifascist cabaret, were arrested by the Gestapo after the German-Austrian Anschluss of 1938. They met again at Dachau, where… 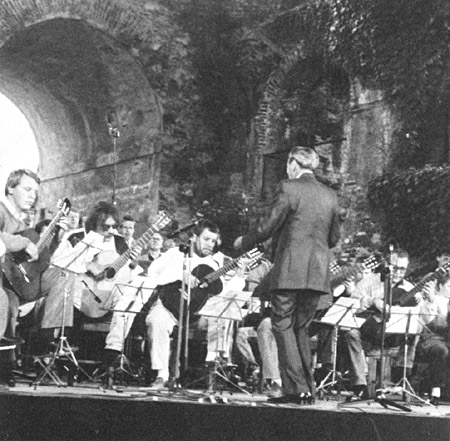 Playwright Jura Soyfer and composer Herbert Zipper, active in Viennese antifascist cabaret, were arrested by the Gestapo after the German-Austrian Anschluss of 1938. They met again at Dachau, where both toiled as “horses,” hauling cartloads of heavy stone throughout the camp. Soyfer and Zipper wrote Dachau Song in September 1938 as an ironic response to the motto “Arbeit Macht Frei” (Work Makes Freedom) inscribed on the gate at the entrance to the camp.

Initially performed in secret, Dachau Song was eventually learned by many camp inmates. Both Soyfer and Zipper believed that exercising the intellect helped preserve a prisoner’s self-respect in the face of constant humiliation. According to Zipper, he and his coauthor made Dachau Song deliberately difficult to learn, hoping the challenge would help their comrades rise above their surroundings.

Weeks after composing the song, the two men were transferred to Buchenwald, where Soyfer died from typhoid fever at age 26. Zipper, ransomed by his family, fled to Paris and then to the Philippines, where he served as conductor of the Manila Symphony. After World War II, Zipper immigrated to the United States, working as a conductor, composer, and music educator until his death at age 92 in 1997.

This recording features Zipper conducting a male chorus and ensemble of 15 guitars and percussion in a performance marking the fiftieth anniversary of Dachau Lied, given at the Styrian Autumn Festival in Graz, Austria.