Between 1933 and 1945, Roma (Gypsies) suffered greatly as victims of Nazi persecution and mass murder. Building on long-held prejudices, the Nazi regime viewed Gypsies both as “asocials” (outside… 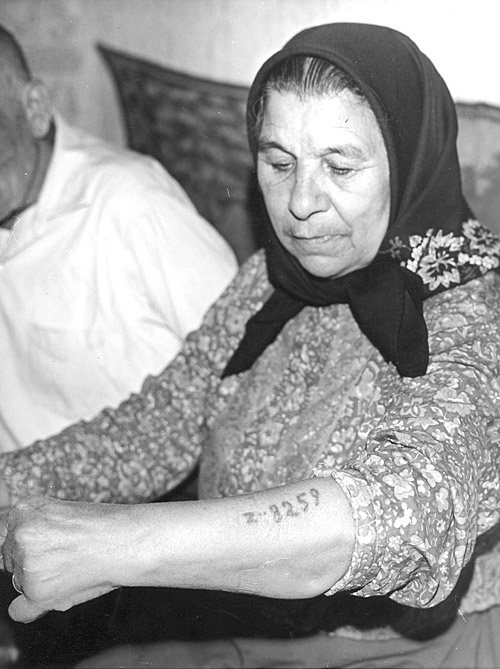 Between 1933 and 1945, Roma (Gypsies) suffered greatly as victims of Nazi persecution and mass murder. Building on long-held prejudices, the Nazi regime viewed Gypsies both as “asocials” (outside so-called normal society) and as “racial inferiors”—believed to threaten the biological purity and strength of the “Aryan” majority. During World War II, the Nazis and their collaborators killed up to 220,000 Gypsy men, women, and children across German-occupied Europe. Auschwitz-Birkenau, the largest Nazi killing center, was the site of a special Gypsy “family camp.” Established in February 1943, this camp held as many as 20,000 Gypsies, the vast majority of whom died from starvation, disease, medical experimentation, or in the gas chambers.

Among historically nomadic peoples such as the Roma, stories, poetry, and song are passed down from one generation to the next by oral tradition. Recently, however, researchers have begun collecting and publishing Holocaust-related folklore from Gypsy survivors and their families. The lament Aušvits (Auschwitz) was first recorded in the 1960s by Ružena Danielová, a survivor from the Czech town of Mutenice, and was later featured in a documentary on Gypsy music, Latcho Drom (Safe Journey). Sung in the Romani language, Aušvits draws on themes common to the repertoire of Roma folk laments, notably the singer's feelings of isolation and despair, and the symbolic image of a dark bird bearing a message from the land of the dead.

The Roma ensemble Khanci Dos (“No Problem”) was formed in 1987 in Nagyecsed, Hungary. Now based in Budapest, its main goal, according to bandleader Gustav Eros, is “to promote, through music, mutual acceptance and understanding between Hungarian Roma and non-Gypsy Hungarians.” Members of Khanci Dos—several of whom lost family during the Holocaust—learned Aušvits from the soundtrack to Latcho Drom.