Behind the Enemy Powers: the Jew 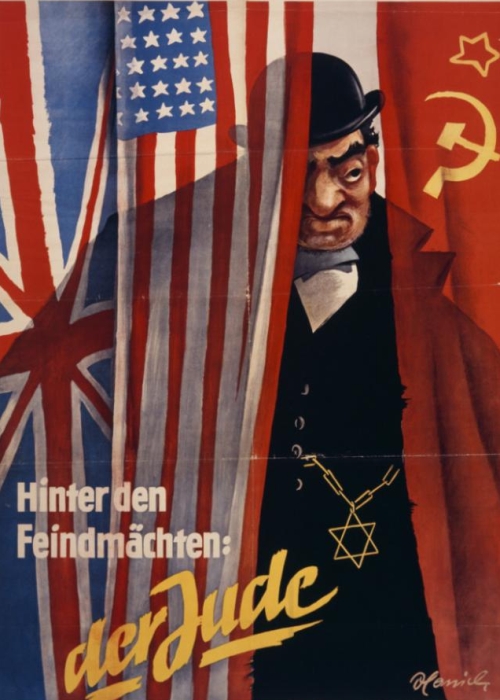 “Behind the Enemy Powers: the Jew.” During World War II, Nazi propagandists frequently depicted “the Jew” as a conspirator plotting world domination by acting behind the scenes in nations at war with Germany. This caricature represents the “Jewish financier” manipulating the Allies, Great Britain, the United States, and the Soviet Union. Hanisch, artist; ca. 1942.–US Holocaust Memorial Museum, gift of Helmut Eschwege

This image is for the promotion of State of Deception: Power of Nazi Propaganda or for the United States Holocaust Memorial Museum general press kit only. Any reproduction of the image must include full caption and credit information. The image may not be cropped or altered in any way or superimposed with any printing.