Cover of The Island 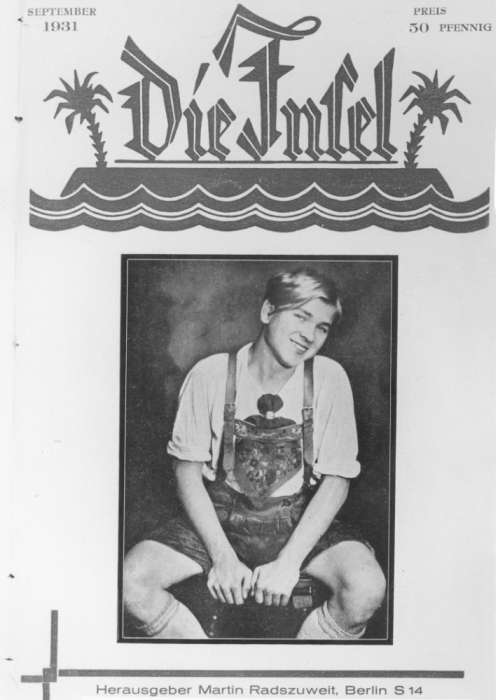 Cover of the September 1931 issue of The Island, a magazine for homosexuals, edited by Martin Radzuweit. Although illegal, homosexuality was generally tolerated in pre-Nazi Germany, particularly in urban areas. Some 30 literary, cultural, and political journals for homosexual readers appeared during the Weimar era.–US Holocaust Memorial Museum

This image is for the promotion of Nazi Persecution of Homosexuals 1933-1945 (or for the United States Holocaust Memorial Museum general press kit) only. Any reproduction of the images must include full caption and credit information. Images may not be cropped or altered in any way or superimposed with any printing.