Fighting the Fires of Hate: America and the Nazi Book Burnings Browse

Previous: Book burning in Opera Square Next: Jerry Doyle “The Way the Wind Is Blowing” 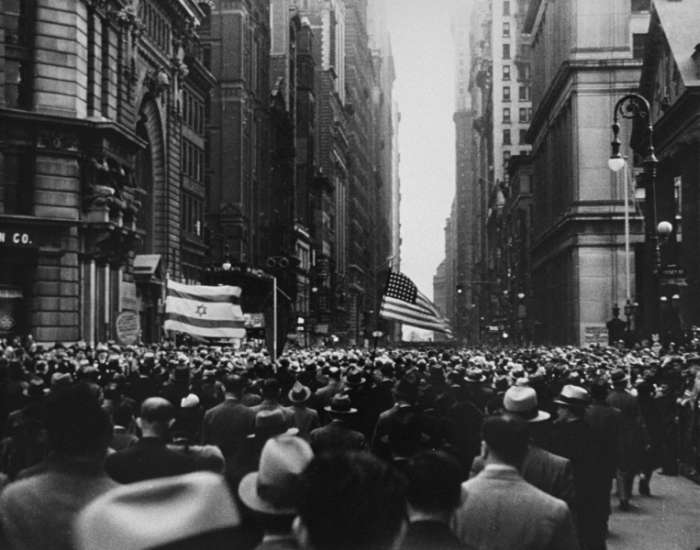 Up to 100,000 Americans attended an anti-Nazi rally in New York City on May 10 in reaction to Nazi persecution of Jews and the book burnings. It was at the time the largest political demonstration in New York City history. –US. Holocaust Memorial Museum/courtesy of National Archives and Records Administration, College Park, MD

This image is for the promotion of Fighting the Fires of Hate: America and the Nazi Book Burnings (or for the United States Holocaust Memorial Museum general press kit) only. Any reproduction of the images must include full caption and credit information. Images may not be cropped or altered in any way or superimposed with any printing.

Previous: Book burning in Opera Square Next: Jerry Doyle “The Way the Wind Is Blowing”