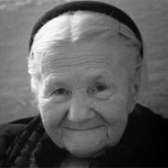 The United States Holocaust Memorial Museum mourns the passing of Irena Sendler, a Polish social worker who helped smuggle more than 2,500 Jewish children out of the Warsaw ghetto during the Holocaust.

As head of the children’s section of Żegota, the Polish underground Council for Aid to Jews, Irena (“Jolonta”) Sendler regularly used her position as a social worker to enter the Warsaw ghetto and help smuggle children out. Hiding them in orphanages, convents, schools, hospitals, and private homes, she provided each child with a new identity, carefully recording in code their original names and placements so that surviving relatives could find them after the war.

Arrested and tortured by the Gestapo (the German secret state police) in the fall of 1943, she was sentenced to death, but Żegota managed to rescue her before she could be executed. She assumed a new identity and continued her work for Żegota.

Yad Vashem recognized Ms. Sendler with the Righteous Among the Nations medal in 1965. She died in Warsaw, Poland, on May 12, 2008, following a long illness.