Life in Shadows: Hidden Children and the Holocaust 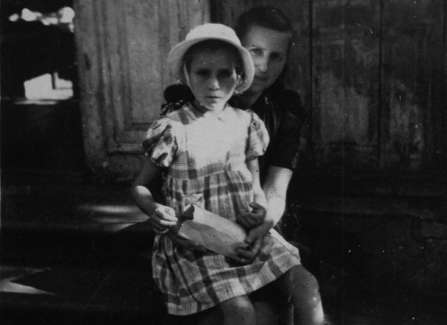 Driven by a racist ideology that viewed Jews as "parasitic vermin" worthy only of eradication, the Nazis implemented genocide on an unprecedented scale. All of Europe's Jews were slated for destruction. When World War II ended in 1945, six million European Jews were dead, killed in the Holocaust. More than one million of the victims were children.

Thousands of Jewish children, however, survived this brutal carnage, many of them as hidden children. With identities disguised, and often physically concealed from the outside world, these youngsters faced constant fear, dilemmas, and danger. Theirs was a life in shadows, where a careless remark, a denunciation, or the murmurings of inquisitive neighbors could lead to discovery and death.

Life in Shadows: Hidden Children and the Holocaust explored the remarkable history of children who went underground to escape Nazi persecution and destruction. It detailed stories of desperation, tragedy, courage, love, and survival in this darkest of times. To tell this poignant history, the United States Holocaust Memorial Museum assembled documents, photographs, and objects from all over the world, donated or borrowed from hidden children themselves and their rescuers.

This was the first traveling exhibition to include original artifacts and archival documents.

Life in Shadows: Hidden Children and the Holocaust appeared in the following venues: