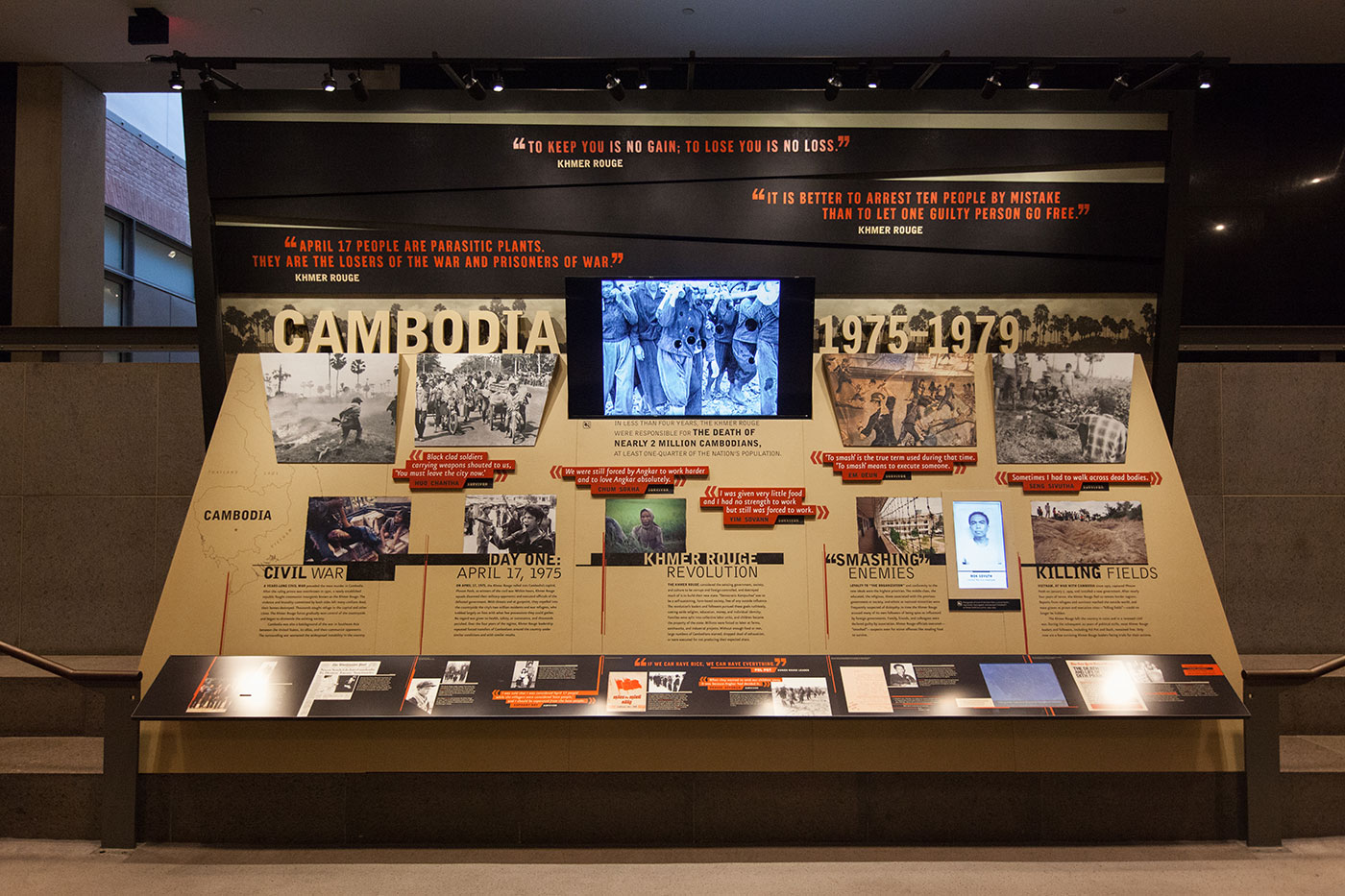 This exhibition is closed.

Following years of civil war, the fanatical communist Khmer Rouge forces captured Cambodia’s capital city, Phnom Penh, on April 17, 1975, and seized control of the government. During the next three years, eight months, and 20 days, the regime instituted policies that led to the deaths of nearly two million Cambodians—at least a quarter of the country’s population—as it sought to radically restructure the nation.

Cambodia: 1975–1979 examines the murderous actions taken by the Khmer Rouge to establish their new state, “Democratic Kampuchea,” as a self-sustaining farm-based society, free from outside influence. Phnom Penh’s two million residents were driven out of their city within hours of its capture and sent to the countryside, where they were quickly pressed into forced labor brigades on massive earthworks and rice paddies. During the Khmer Rouge era, hundreds of thousands of Cambodian civilians starved, dropped dead of exhaustion or disease, or were executed as punishment for failure to meet production goals or for suspicion of disloyalty to the regime.

With historical photographs, film, and contemporary artworks depicting the terror, this exhibition surveys one of the worst human tragedies of the second half of the 20th century.

See all Exhibitions on Display