Sir Ben Kingsley has played key roles in several films about the Holocaust, including Simon Wiesenthal, Itzhak Stern, and Otto Frank. Kingsley believes that it is important to confront tragedy in film and art, and that as an actor he is able to be both storyteller and witness. 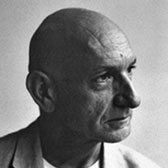 Sir Ben Kingsley has played key roles in several films about the Holocaust, including Simon Wiesenthal, Itzhak Stern, and Otto Frank. Kingsley believes that it is important to confront tragedy in film and art, and that as an actor he is able to be both storyteller and witness.

ALEISA FISHMAN:
As an actor, Sir Ben Kingsley has played key roles in several films about the Holocaust, including Simon Wiesenthal in Murderers Among Us: The Simon Wiesenthal Story, Itzhak Stern in Schindler's List, and Otto Frank in Anne Frank: The Whole Story. Kingsley believes that it is important to confront tragedy in film and art, and that as an actor he is able to be both storyteller and witness.

Welcome to Voices on Antisemitism, a podcast series from the United States Holocaust Memorial Museum made possible by generous support from the Elizabeth and Oliver Stanton Foundation. I'm Aleisa Fishman. Every month, we invite a guest to reflect about the many ways that antisemitism and hatred influence our world today. Here's Sir Ben Kingsley, whose comments have been excerpted from an interview conducted by NPR's Scott Simon, recorded live at the United States Holocaust Memorial Museum.

SIR BEN KINGSLEY:
I think that the role of the actor, perhaps at its simplest and its purest, is one of the tribal storyteller. And that if you were to transport me back maybe 3,000 years, I'd be sitting around a fire at night with the little tribe, reassuring them about their past and comforting them about their future.

So I feel that whatever role I take on, provided that the script is substantive enough and strong enough, is a link to that. And therefore that brings a responsibility to examine the role of storyteller as deeply and profoundly and vigorously as I possibly can, because the role of a conduit for empathy is vital, particularly in buildings like this. To get your visitors to empathize with and comprehend the incomprehensible is an enormously difficult task. And I think great writing, leading to great drama, has always had at its center perhaps the reaching out to the listener and trying to build those bridges of empathy, particularly in aspects of life that are baffling and frightening, and to try and incorporate them into the philosophy and fabric of everyday life.

To wear a yellow star in a film, it's a very unsettling experience. The body, because of our flight-or-fight hormone, adrenaline, and because of our defense mechanism, the body doesn't know that I'm acting. If somebody in a Nazi uniform runs at me with a gun, my body says: "Run away." It bypasses my brain, thank goodness. So the enormous stress on the body of being in a film like this, you carry around with you. It stretches your elastic. And you hope that at the end of the day your elastic will snap back to its original shape. But it really pulls you around, as you can imagine.

So I read Schindler's List, which was shattering. I met Spielberg, and at first I was very nervous about accepting the role. Stephen asked me into his office. And I'm always very keen to understand my narrative function in a film. And with Itzhak Stern, I had a word in my pocket. And I said to Stephen Spielberg, "What do you think the narrative function of my role is?" Now, some Hollywood directors would go blank and look at my lips to see what language I'm speaking, but Stephen said, "He is the witness of the film." And I said, "I have a word here in my pocket that says 'conscience'." And we shook hands. The witness and the conscience of the film.

So I was able to go to Krakow, which I dreaded. Because of the way I can, I think, empathetically drift toward my character's predicament, to go to Krakow playing Itzhak Stern, I felt a little bit like my stomach was going to dissolve. I felt really ill; I felt terrible. It was tough…it was tough. I mean, we needed a vodka after shooting, and we went to this bar in this awful hotel—I think they bought a job lot of ex-Soviet carpets and paint—it was brown and orange inside. And this German-speaking Pole, or German guest, he lurched across the bar and asked my colleague if he was Jewish. And my colleague said, "Yes." He was an Israeli actor. And so the chap mimed a noose and pulled it tight, in the bar, whilst we were filming Schindler's List. So it was a very unfortunate gesture to be in the midst of. And I challenged him—it was nearly a big fight—and I threw him out of the bar. But that kind of trying to imagine the incomprehensible, actually, by the grace of God is visited you outside the set, or in the bar. You think, "My goodness, this is not an historical film. This is a modern picture." We're dealing with the same horrendous good old European prejudices.

So I feel that to wear a yellow star in a film is an enormous responsibility. You are honoring ghosts, and sometimes you feel that you are guided by them. I don't say that lightly. Although for a modest actor the suffering is incomprehensible, but to pass on something is a vital responsibility and a joyful responsibility, however tragic. It's joyful to be able to say: "This happened. And we have to incorporate it into our collective history."