As a researcher for Microsoft and a fellow at Harvard's Berkman Center for Internet & Society, danah boyd looks at how young people interact with social network sites, like Facebook and MySpace. Her research has led her to develop interesting observations about the nature of hate speech on the internet and tactics for combating it. 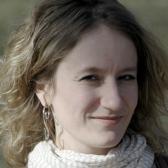 As a researcher for Microsoft and a fellow at Harvard's Berkman Center for Internet & Society, danah boyd looks at how young people interact with social network sites, like Facebook and MySpace. Her research has led her to develop interesting observations about the nature of hate speech on the internet and tactics for combating it.

DANAH BOYD:
What does it mean to think about the kinds of community organizations that we need to help address antisemitism, to help address all sorts of hate activities and prejudice in digital spaces? Not to look at the technology as the source of it, but to think about interventions. You can blame the technology and hope that it will go away, or you can look at it as an amazing opportunity to see what's going on and actually work to address the problem at its core.

ALEISA FISHMAN:
As a researcher for Microsoft and a fellow at Harvard's Berkman Center for Internet and Society, danah boyd looks at how young people interact with social network sites, like Facebook and MySpace. Her research has led her to develop interesting observations about the nature of hate speech on the internet and tactics for combating it.

Welcome to Voices on Antisemitism, a podcast series from the United States Holocaust Memorial Museum made possible by generous support from the Oliver and Elizabeth Stanton Foundation. I'm your host, Aleisa Fishman. Every other week, we invite a guest to reflect about the many ways that antisemitism and hatred influence our world today. From Cambridge, Massachusetts, here's danah boyd.

DANAH BOYD:
There's no doubt that people engaged in hate activities can connect in new ways. Yet there are different questions that we have to ask about what goes on here. One, are they managing to find new people? Two, are they, as a collective, engaged in more dangerous or more sort of harmful activities than they would be necessarily individually or in smaller groups? And, three, what does it mean that we can actually see this at a much greater level? And I think I really want to focus on that third, because, in some ways, we've known that hate speech and all sorts of hate crimes have been occurring throughout the United States and abroad for a long time, but we often can't see it. We often have no record of what's going on. And what we're seeing online is all of a sudden, we're seeing the logic behind it; we're seeing the harm because of it; we're actually seeing how it actually is disseminated and spread, how the people exist within their networks. I mean, the social network sites let you see literally the networks of these people who are engaged in such tremendous hate speech and hate crimes. And I'm not saying that this is a positive, to have to be seeing it. But, in terms of making an intervention, in terms of addressing it, I think it's a tremendous opportunity.

I totally understand the impulse to ban hate speech of all forms, including antisemitic content. But, at the same time, I'm not convinced that that actually does us any good. In some ways, those most engaged in it become more energized by the fact that they have to go underground. And one of the challenges with the internet is that you can't deal with a large scale, multi-nation system, multi-language system, and actually succeed at truly banning that kind of speech. And so what it just does is it pushes it further and further underground. And there are times and places where pushing things further and further underground has value. At the same time, I'm not sure that that actually solves the problem. We can make people appear to disappear, but that doesn't actually eradicate the underlying hate. And I'm deeply concerned that when we don't see it, we don't realize the fundamental damage that it's doing within our society at large. So I guess, for me, I don't see it as either effective at addressing the problems that we're looking at or actually realistic in terms of truly banning it. I think it'll simply go somewhere else and I think that it'll go somewhere else that's less controllable. In some ways, having that kind of hate speech in the United States, where you can actually work with internet service providers to develop strategies to address it, is actually much more effective than having to deal with systems that are, you know, located on remote islands in the Pacific. Because they're not going to be willing to try to do interventions.

Hate speech has become very visible online in different forms and this automatically prompts people to feel very fearful—all of a sudden we think of it as there being more hate speech, rather than it simply being more visible. It's not clear that there's more hate out there, but it's definitely clear that more people have the ability to see hate than have in previous incarnations. And there are different kinds of responses to this. One would be to say, "Oh, the technology is bad. The technology is the cause of all this. We need to stop the technology in order to stop the hate." Another approach would be to say, "Let's embrace the visibility of this and try to actually intervene at a much more in-depth level." But then there's another sort of interesting twist to all of this, which is that as young people are witnessing this kind of hate speech, they actually are realizing that the world is not so rosy as they think. And that, rather than assuming that antisemitism was solved 50 years ago or that issues of prejudice of all form are no longer an issue in our society, they're bearing witness to the fact that there's still an ongoing challenge around hate, which is activating a bunch of young people to spread a message of tolerance and engage in a certain kind of activism. And that gives me a great deal of hope. Because, in some ways, when you see young people recognizing the darker sides of the world, they're some of the most passionate people to really try to embrace and change the world, because they've got a long time to be living in it. And so, in some ways, them growing up with the fact that hate is not ended at this point allows those with a passion for tolerance to really engage.