Robert Örell got involved with the Swedish white power movement in his early teens. Now he works as director of Exit Sweden, the very organization that helped him leave neo-Nazism behind. Since 1998, Exit has helped hundreds separate from white supremacist gangs. Today, they are looking into ways their work might apply to other extremist organizations, including ISIS, religious cults, and criminal gangs. 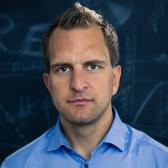 Robert Örell got involved with the Swedish white power movement in his early teens. Now he works as director of Exit Sweden, the very organization that helped him leave neo-Nazism behind. Since 1998, Exit has helped hundreds separate from white supremacist gangs. Today, they are looking into ways their work might apply to other extremist organizations, including ISIS, religious cults, and criminal gangs.

ROBERT ORELL:
I got involved in the white power environment because they had a very clear message that I wasn’t just anybody. There was a cause for me. There was a role for me to play that was very important.

ALEISA FISHMAN:
Robert Örell got involved with the Swedish white power movement in his early teens. Now he works as director of Exit Sweden, the very organization that helped him leave neo-Nazism behind. Since 1998, Exit has helped hundreds separate from white supremacist gangs. Today, they are looking into ways their work might apply to other extremist organizations, including ISIS, religious cults, and criminal gangs.

Welcome to Voices on Antisemitism, a podcast series from the United States Holocaust Memorial Museum made possible by generous support from the Elizabeth and Oliver Stanton Foundation. I’m Aleisa Fishman. Every month, we invite a guest to reflect about the many ways that antisemitism and hatred influence our world today. From Stockholm, here’s Robert Örell.

ROBERT ORELL:
Exit works with people who want to leave the Swedish white power environment, which is more or less the neo-Nazi movement. Often it’s difficult to leave because this group is…is a group where you’re either with them or against them. There’s nothing in between. It’s not just like a youth club that you go in and out from, but something that you’ve been very committed to and been very involved in. So the people that we work with, when they want to leave this type of environment, it’s often a lot of deep work with understanding who you are and where you want to go.

For me, this was very crucial in actually making this type of change. I wasn’t really clear on where I wanted to go or what to do. Getting in contact with Exit was really key in leaving the white power movement and not going into something else.

In the early days of Exit we had a lot of personnel who worked at Exit with their own experience from the Swedish white power environment, who did life stories around Sweden in schools and in different places where young people were to share their experience. The idea is to not come in to young people and say “This is right” or “This is wrong” or “Don’t do it,” but instead showing them that for myself, or my colleague, or my friends, this was the thing that actually happened in the movement. And our actions led to these type of things where people ended up in prison or other people got hurt, and this is the real consequences of this type of life.

The experience that we have is that very few young people engage in the white power movement because of ideological reasons. I haven’t met many 14-year-olds—or none at all actually—who read Mein Kampf and thought: “This is why I want to engage in white power and National Socialism.”

The ideas are out there on the Internet, but the actual recruitment or the step to actually get involved and get active would be very much depending on having a personal relation with somebody who already was active in the movement.

My own experience started with my pre-teens when I had a lot of difficulties in school. I failed miserably. I felt very different from my comrades. I was a lot taller and larger. So, I think this was the beginning of trying to find a different type of way of building identity during these years. I went into a lot of sub-cultures, going into black metal and that type of music. And then moving on into football, where it was very clear with team colors, the “us and them” thinking, and the perspective of “us” has always been superior and the winning team. And from there on, I got involved in the white power environment because the feeling that it evoked in me was being chosen and being even superior, not a loser in school or just somebody who got bullied in town, but somebody who is needed.

Exit represents the support of leaving something behind. Since we started in 1998, there’s been a lot of different people contacting us from similar types of groups, where the ideology would be different but the group structure would be very similar, for example like football hooligans or criminal gangs. If you take away the ideology or the world view that these groups have, there would be a lot of similarities in the very “black and white” thinking of what’s right and wrong, and who’s with me and who’s against me. So, we saw the similarities in the type of assistance and practical work that we could transfer, and we’re looking into seeing if we could actually expand even more to other types of groups, for example ISIS or religious cults or similar. But if you want to work with people involved in violent extremism, it’s important to understand and have knowledge about the radicalization processes and what influences these groups have on individuals.