Prof. Kathleen Blee has written several books about racism and the Ku Klux Klan. Blee looks in particular at ways the KKK was able to infiltrate mainstream America in the 1920s, by focusing its membership efforts on moderates, not extremists—a strategy repeated by the Nazis shortly thereafter. 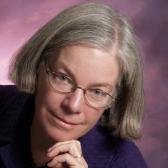 Prof. Kathleen Blee has written several books about racism and the Ku Klux Klan. Blee looks in particular at ways the KKK was able to infiltrate mainstream America in the 1920s, by focusing its membership efforts on moderates, not extremists—a strategy repeated by the Nazis shortly thereafter.

KATHLEEN BLEE:
The Ku Klux Klan was able to develop on the basis of mass marketing, because it was appealing to the values that many people already held in that society.

ALEISA FISHMAN:
A professor of sociology at the University of Pittsburgh, Kathleen Blee has written several books about racism and the Ku Klux Klan. Blee looks in particular at ways the KKK was able to infiltrate mainstream America in the 1920s, by focusing its membership efforts on moderates, not extremists—a strategy repeated by the Nazis shortly thereafter.

Welcome to Voices on Antisemitism, a podcast series from the United States Holocaust Memorial Museum made possible by generous support from the Elizabeth and Oliver Stanton Foundation. I'm Aleisa Fishman. Every month, we invite a guest to reflect about the many ways that antisemitism and hatred influence our world today. From Pittsburgh, Pennsylvania, here's Kathleen Blee.

KATHLEEN BLEE:
The Ku Klux Klan started originally after the Civil War, and it was mostly in the rural South, and it was a backlash of white men, who were fighting back against their loss of slaves. That Klan lasted for about 10 years. It collapsed completely, and then the second Klan, the largest Klan in American history, started right before the 1920s.

The Klan of the 1920s was different in that it was strongly driven, particularly at the beginning, by a publicity association. So the Southern Publicity Association was the marketing vehicle that began regenerating the Klan from the Civil War and making it a broad-based movement and it really took off. And in the 1920s, it enrolled between three and five million members.

One of the things the Klan did that made it grow so quickly is that instead of recruiting individuals, they would go to a lodge, social club, or even a Protestant church, and enlist the entire congregation or club at the same time. They would have parades. They would have firework display. They would have father-son sporting events—all these kind of things to attract people, to give them a feeling of goodwill, and to bring them into the organization and to garner their dues. So they were a very effective, very early form of mass marketing through cultural appeals, through spectacle, through performance. And it became an enormously large and powerful organization, that mobilized people to be voters. They ran candidates and they were successful in electing even major candidates like governors throughout the country.

The Klan was able to sell the idea of hate because it grew in a period of time in which racism was extremely ordinary and very unquestioned. So the Klan's hatred of African-Americans, its hatred of Catholics, it's hatred of Jews, was not very different from how white Protestants in many parts of the country thought about people who were very different than them. So they wouldn't have thought of themselves as haters, they considered themselves to be good, Christian people, middle class, housewives. And in places where the Klan became very strong, it wasn't the extremists in the town that joined the Klan, it was almost everybody who was eligible. So being in the Klan was accepted. It was what people thought was the right thing to do. And the lesson of that is a very troubling lesson; that we often think of hate as something that comes from the political margins, something that's very unusual. But the lesson of the 1920s Klan is that racism, organized racism, can take root right at the heart of mainstream society.