In 2006, while still a teenager, Harald Edinger left his home in Austria to work at the United States Holocaust Memorial Museum. During his 14 months in Washington D.C., Edinger learned something valuable about the past, the future, and the role of his generation. 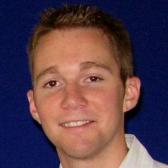 In 2006, while still a teenager, Harald Edinger left his home in Austria to work at the United States Holocaust Memorial Museum. During his 14 months in Washington D.C., Edinger learned something valuable about the past, the future, and the role of his generation.

HARALD EDINGER:
I don't think there is a way to heal the wounds of history, but what's important is a good understanding of history, and a willingness to engage in an open discourse about history.

ALEISA FISHMAN:
In 2006, while still a teenager, Harald Edinger left his home in Austria to work at the United States Holocaust Memorial Museum. During his 14 months in Washington D.C., Edinger learned something valuable about the past, the future, and the role of his generation.

Welcome to Voices on Antisemitism, a podcast series from the United States Holocaust Memorial Museum made possible by generous support from the Oliver and Elizabeth Stanton Foundation. I'm your host, Aleisa Fishman. Every other week, we invite a guest to reflect about the many ways that antisemitism and hatred influence our world today. From Vienna, Austria, here's Harald Edinger.

HARALD EDINGER:
The Austrian Gedenkdienst could be translated with "Holocaust Commemoration Service." And it gives young Austrians the opportunity to fulfill an alternative military service at institutions around the world that are dedicated to Holocaust remembrance and education. So every year, the Gedenkdienst Organization sends twenty young Austrians abroad, and I was very lucky to be selected. I started my job at the Holocaust Museum when I was eighteen years old only. And stayed on for a little longer than one year, which was probably not enough time. I remember that I wanted to stay in DC.

One of the most interesting parts of my job was to establish and to maintain contacts with Holocaust survivors, especially Austrian survivors in the DC area. And some of this group of people, I'm really happy to be able to call them very good friends of mine now. And it was just very rewarding for me and enriching for me, especially to talk to people that returned to Austria after what had happened to them. Because I, myself, if I would face similar obstacles, if I were chased away tomorrow, I don't know if I'd ever want to return again, or if I'd ever want to talk to a German or an Austrian person again. But most of the survivors I have met, they have just kept up such an optimistic outlook on the world and on humanity. It's just quite remarkable. And it has made a big impression on me.

Even if my generation doesn't have firsthand experience, it is vital to have a good understanding of history, because this is the base for what's happening in our country today. And in today's Austria, you hardly ever encounter a blatant form of antisemitism. But one simple reason might be that nowadays, there is hardly any Jewish people living in Austria. So this loss of Jewish heritage in Austria is quite sad, actually, given the country's—and especially Vienna's—long and rich Jewish history. So as I said, antisemitism in its original sense, it may be hard to find here in Austria. What is more present, however, is sort of ignorance or a resentment towards more and more Holocaust education, commemoration. Because from some people, you hear that they think the guilt of this country, the debt of this country is already paid off. And, luckily, there's a lot of people who also understand that it just doesn't work that way and that no reimbursements can possibly be made. But for the sake of those who used to live here, who might have lost everything, their families, their homes, and might've lost their lives, commemoration has to take place, even if it's unpleasant to think about, that Austrians also committed those horrible crimes. And it's probably one of the most important things to…, well, you can't possibly understand it. But to try and understand the factors that led to all those horrible crimes in order to educate and to create awareness among others. And I guess that's what you can call responsible cultural memory. And it's up to our generation to contribute to it.